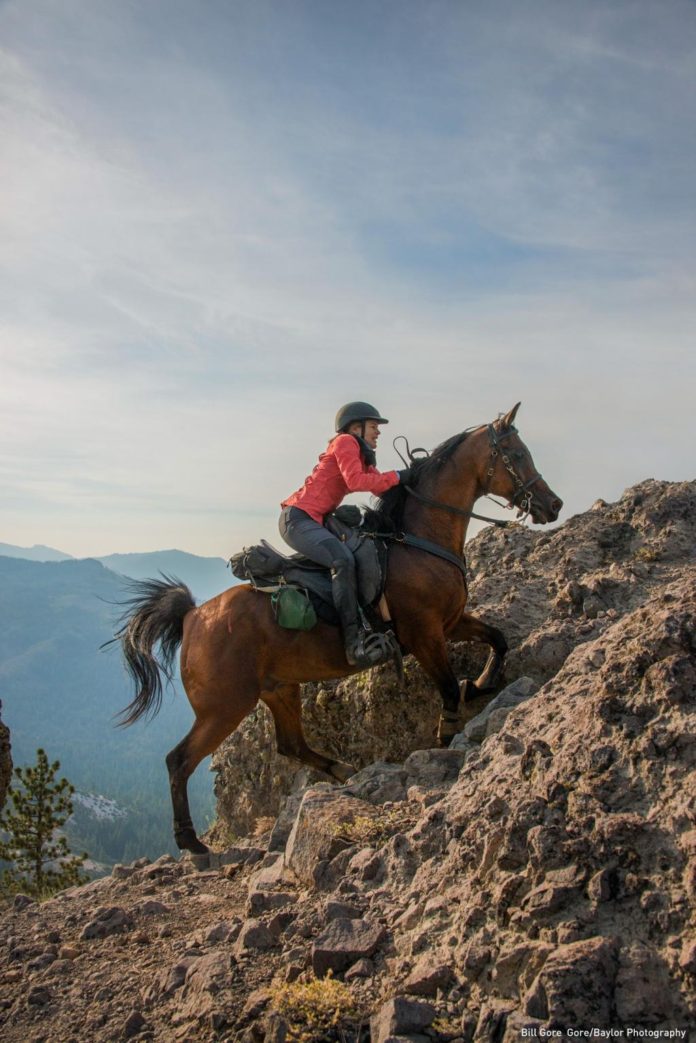 I rode Tevis for the first time in 2002 on a horse in steel shoes with no pads.  I went over Cougar Rock like that.  Makes me marvel, looking back.  For my next six attempts it was all steel shoes, the later ones did have pads that lasted, oh, maybe half the ride.  I distinctly remember watching the sparks shoot off of my riding buddies’ horses in front of me as we careened through the darkness.

2011 was the first year I rode a horse in Easyboot Glue-Ons.  It was BA Bearcat, a horse belonging to Barry and Jennifer Waitte.  Jenn had fairly recently switched all of her horses to boots and the most dramatic change was seen in Bear.  He’d been a terrific tripper in steel shoes, really kind of scary to ride and petrifying to contemplate as a Tevis mount. 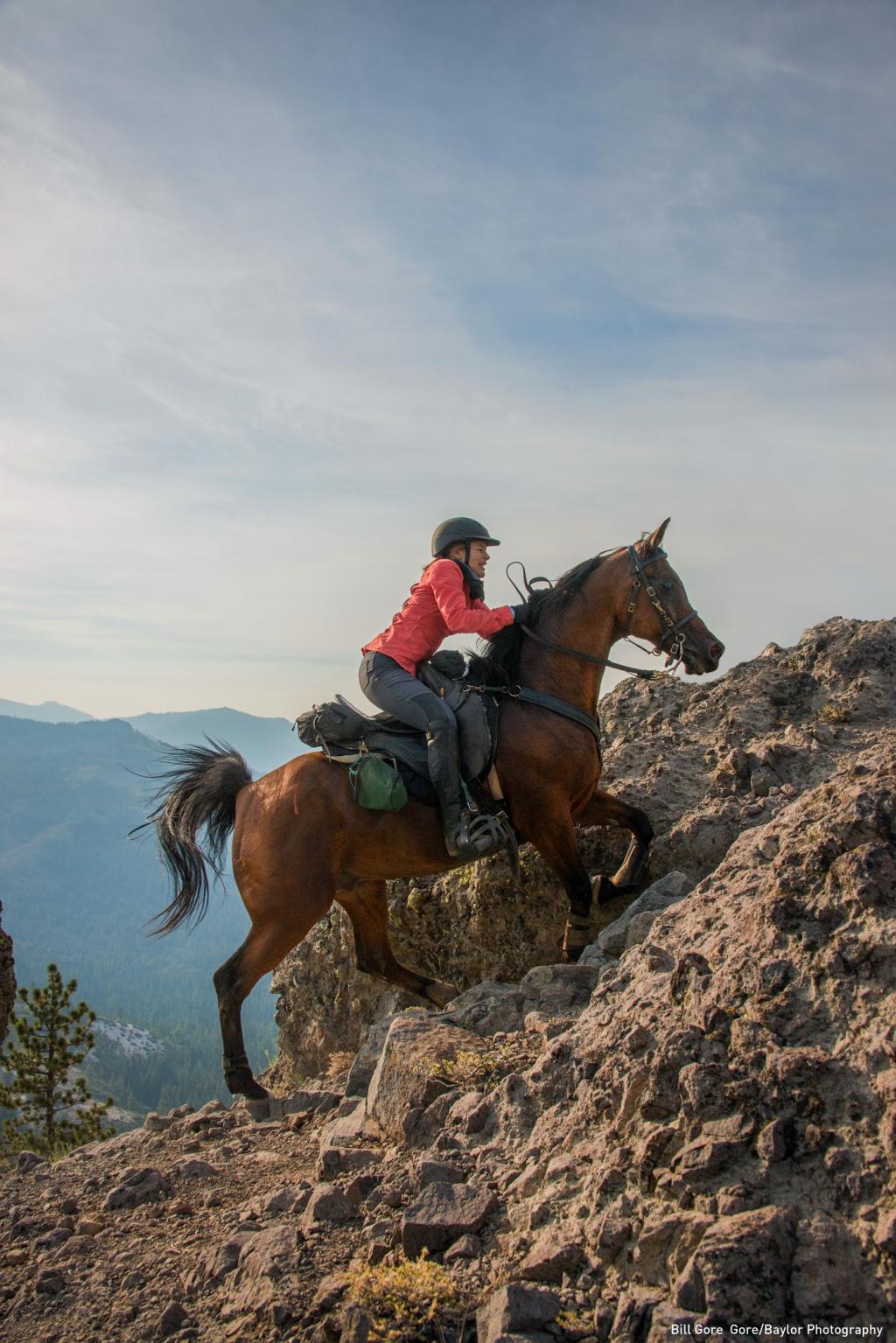 Bear and me on Cougar Rock. Photo credit: Bill Gore.

In boots Bear was a new horse, confident and comfortable on his feet.  I rode him in 2011 and 2012, finishing 16th both times, and other than having my arms pulled out of their sockets (also a puller that Bear) both rides went very well.  He finished sound and we never fell down.

For these last five Tevis rides I have ridden fairly fast horses, placing top 20 or better, all of them in Glue-Ons.  I firmly believe there is a connection.  If you go into that ride, knowing that you are going to ask your horse to move out at speed, you need to think long and hard about the footwear you plan to put on.  And I was able to ride fast on those fit-for-the-speed horses because their footwear allowed me to. 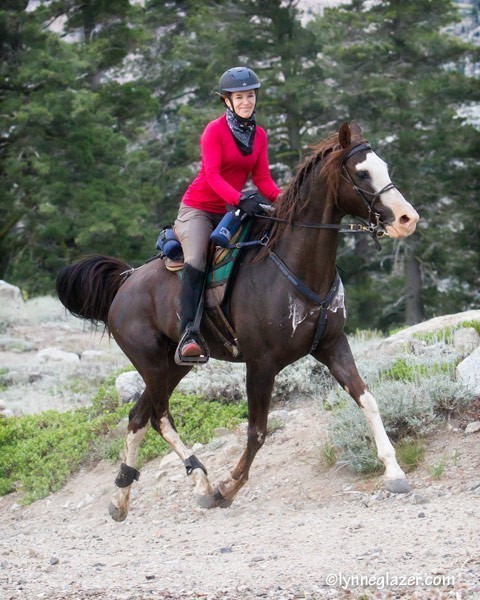 My experience, on top-notch Tevis horses as well as my own backyard pony, is that Easyboots give both rider and horse confidence through better performance.  Better traction (admitted, in some circumstances that isn’t the case but you don’t see wet, green grass during Tevis), better protection for the sensitive portions of the hoof and better cushioning and concussion absorption over distance.

My own little mare is clearly more confident on pavement and rocky trails in her gloves.  The added bonus that she spends 98% of her time barefoot – the way she was meant to be – is not insignificant. 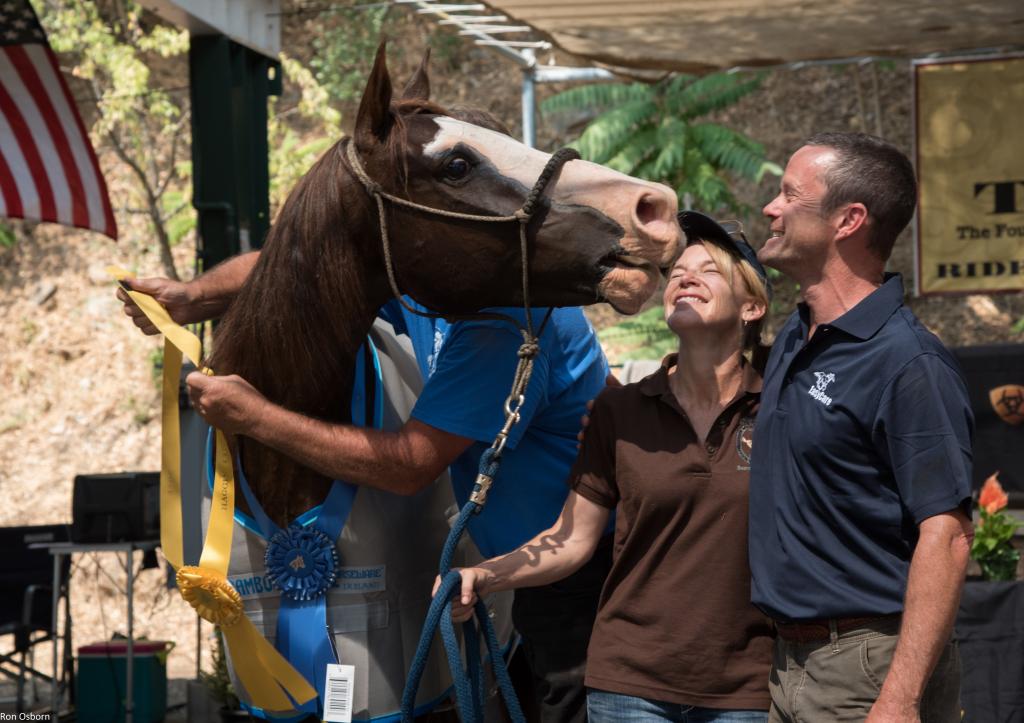 Far was no exception for the 2015 Tevis.  It was his sixth Tevis attempt and his sixth completion.  Once the Glue-Ons were on, I never spared another thought for his feet.  I’m that confident.  It frees me up to worry (because of course I’m going to worry) about everything else.