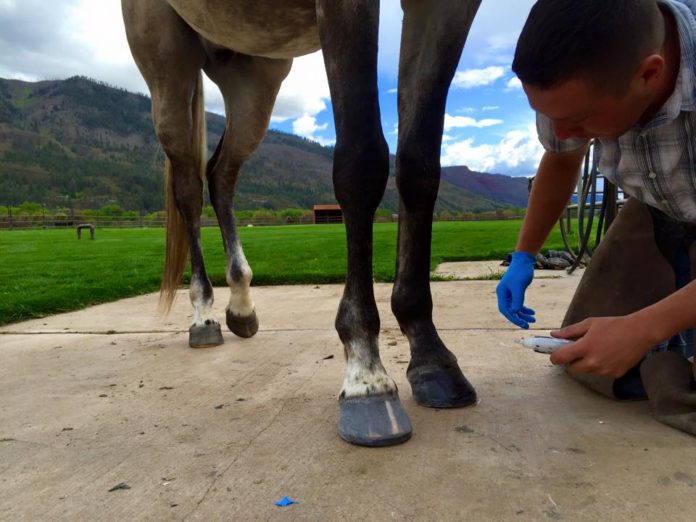 Derick started learning how to trim and nail on shoes from a local farrier near his home town in Humboldt County, California early in 2011. Always interested in horses, and a fan since childhood of day-long rides into the famous redwood forests of the area, Derick decided a career in the horse industry would suit him well. In September of 2011, he attended Red Rock Horseshoeing School and studied under Dave Abel. Derick wanted to expand his experience and learn more about alternative hoof care methods. He made contact with Megan Hensley, a barefoot trimmer based in the area. He tagged along with her for a day, and was so fascinated by the work and impressed by the results, that he decided to apprentice with her and colleague, Amy Thornbury. He eventually sold his anvil to start his own barefoot trimming business in Humboldt County. 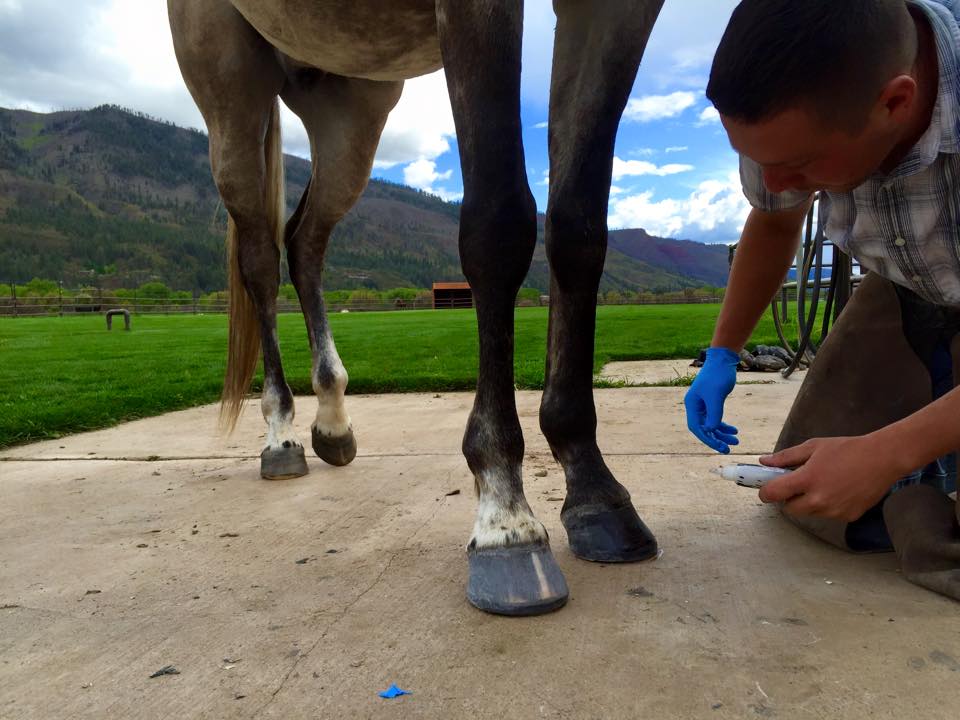 He moved to Durango, Colorado, in September 2014, after two trips there to work with horses in the area. He appreciates the opportunities offered to him by living in close proximity to the the EasyCare research and development location because of the dynamic group of people he gets to meet and work with, including Curtis Burns and Dr. Ric Redden. In 2014, he applied Easyboot Glue-Ons to the Haggin Cup winning horse as well as Tevis Cup winning horse. In 2015, he glued EasyShoes onto a horse nominated for the famed Darley Award. Derick considers his area of expertise to be the application of glue-on composite shoes. His favorite classes at school were Ceramics and Wood Shop. When you watch him work, you might see some parallels in the balance and finishing techniques he uses. 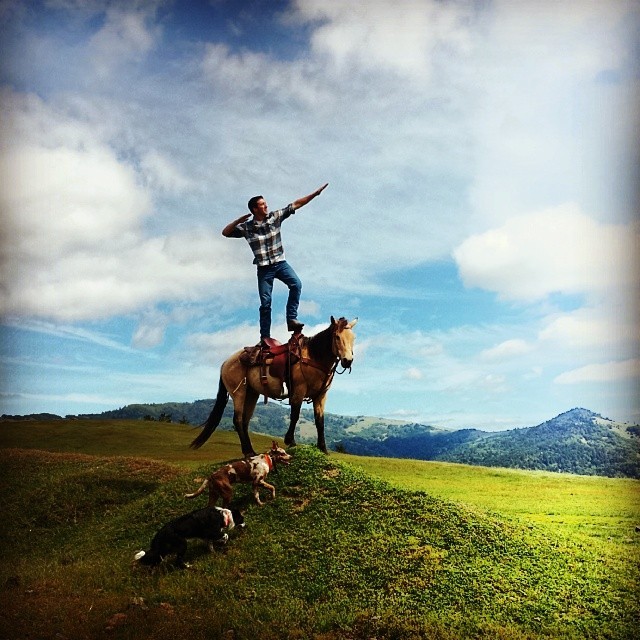 Riding the foothills at his favorite ranch in Humboldt County, California.

When asked to identify the three most influential people in his career path thus far, Derick credits Garrett Ford for teaching him to care about his work and to take special care around the details in the work often overlooked by others. He acknowledges Curtis Burns for an expression that Derick lives by: “Are you going to leave it like that?”. Derick hears that question as he completes every trimming or gluing job he works on. He credits Megan Hensley for teaching him about hoof function, diet, mechanics, the difference between a farrier trim and a barefoot trim, and for helping him build a clientele in the sector that interests him the most. The biggest challenges Derick sees in his hoof care practice are staying true to the ten-year vision he has for his business, and managing to build a specialized practice in a small mountain town three hours from the closest highway. As well as developing his business in the Four Corners area, Derick regularly travels to Texas and Florida to work with clients from the Arabian horse racing world.

Looking ahead to the week spent with the Easyboot Elite team at the 2015 edition of Tevis, Derick is most excited about the honor of working with five of the best gluing hoof care practitioners in the country. He also hopes to be able to achieve his double cup gluing status for the second year in a row. 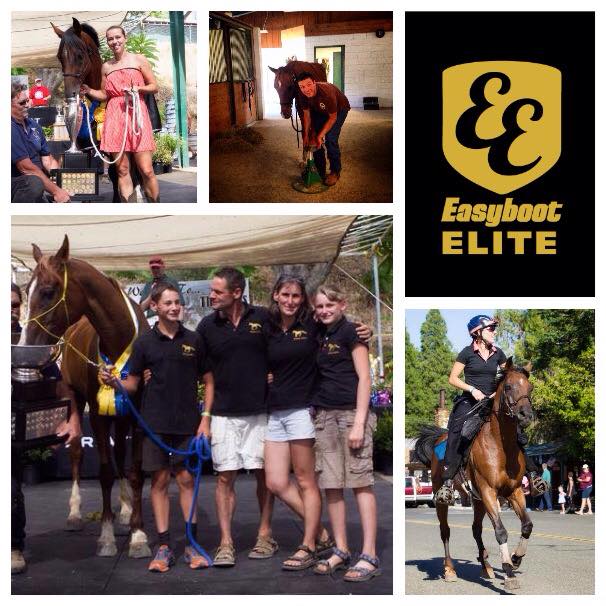 The Easyboot Elite team is a group of six gluing professionals from around the country who will spend the week before the 2015 edition of the Western States Endurance Ride gluing Easyboot Glue-Ons onto horses entered to compete in the ride. Together, they form the most accomplished and sophisticated team of gluing professionals in the world. To book your Tevis 2015 gluing appointment, please call any of our Customer Service Representatives at 1-800-447-8836, and be sure to read last week’s blog about the appointment process.