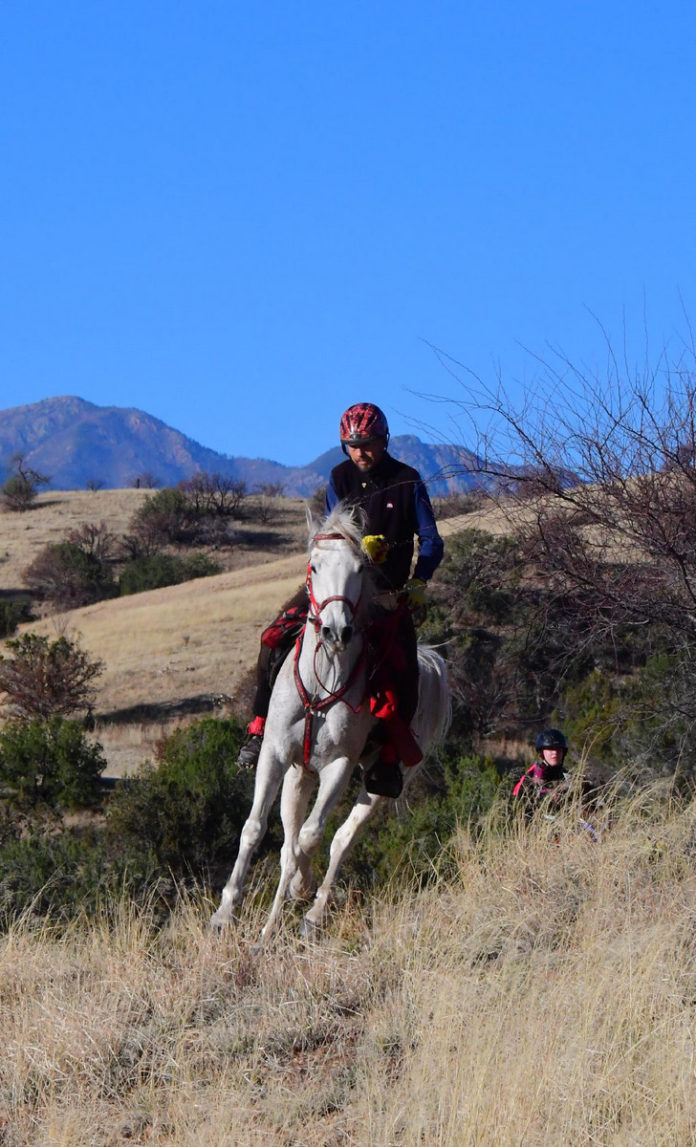 Horses hooves do have “big shoes to fill,” pun intended. Not so much because of previous great shoeing experiences but more so because of their responsibility to carry a heavy body through life’s travels. Whether it’s just hanging out as a backyard horse, competing on the track, dressage, versatility, trail riding, endurance racing or competing on demanding 100 mile races like Big Horn, Old Dominion, Biltmore or Tevis. 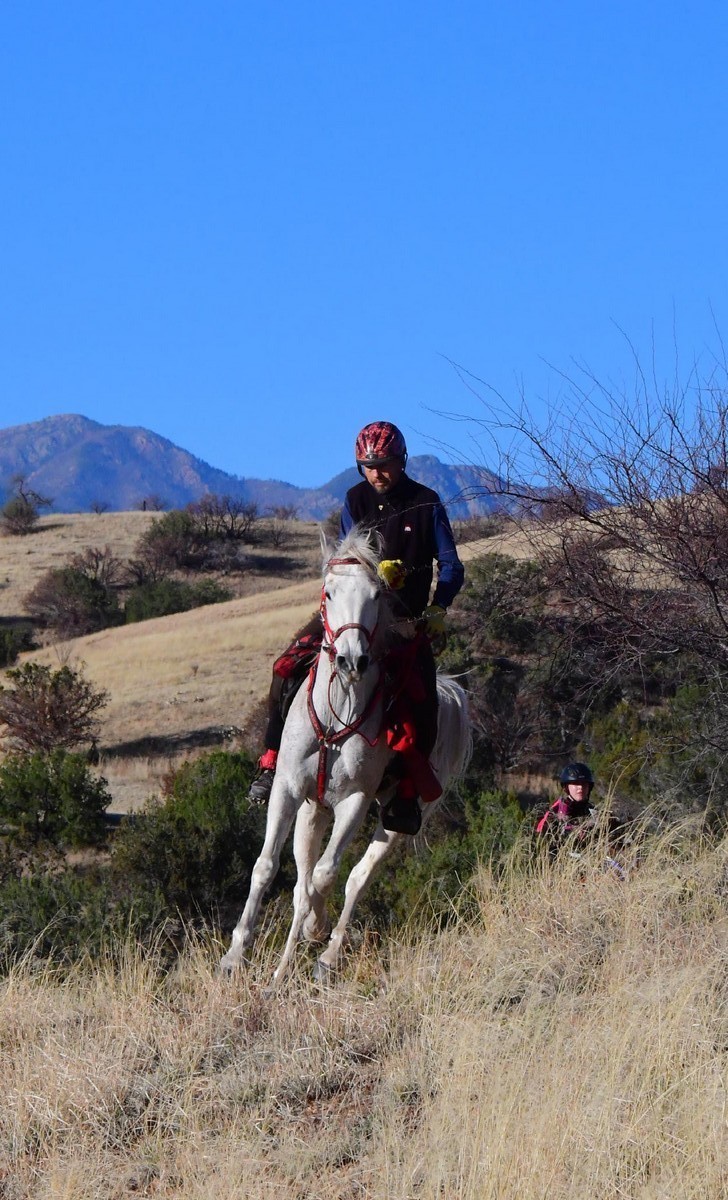 When talking about shoeing or booting horses, are we shoeing a hoof or are we shoeing the horse? Now, what does that question entail? In the definition of a farrier’s job description, he or she is engaging in ‘horse shoeing.’ Nobody refers to a farrier as a ‘hoof shoer.’ For the sake of an argument, let’s look at the term ‘hoof shoeing’ first.

Shoeing a hoof means that we are looking specifically at a hoof, trimming it according to our parameters and then booting or shoeing that particular hoof. We might be looking at live sole, medial and lateral balance, point of rotation and midpoint balance. We are evaluating and trimming and shoeing a hoof!

When trimming and shoeing a horse, I follow a holistic approach to hoof care. First I evaluate the conformation and posture of the horse, then I consider the weight and the alignment.

As an example of how we trim and shoe to provide support for the whole horse, not just a single hoof, we’ll look at the horse below.

This image shows an untrimmed hoof. We can observe that the hoof is pretty symmetrical in appearance from the dorsal view point. If we draw a red line through the center of the fetlock we can see that both halves of the hoof are equal in width. 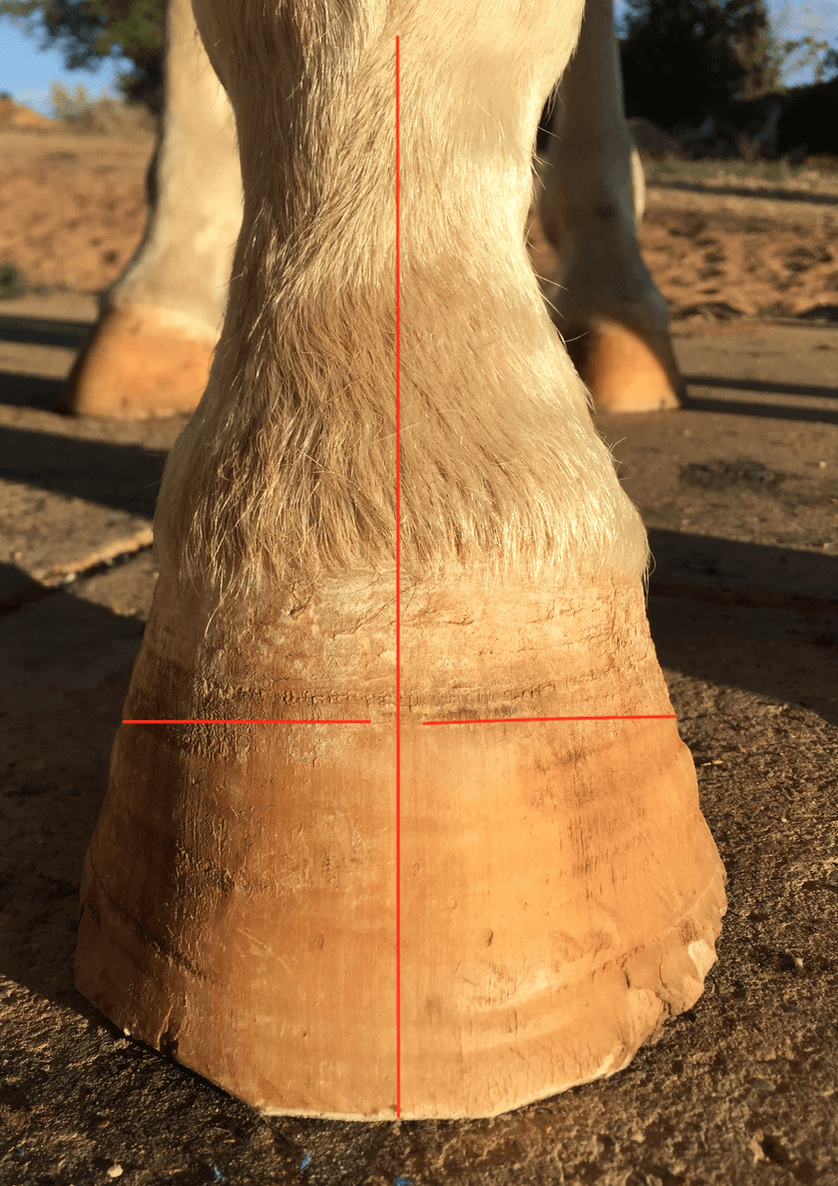 Here’s a similar observation on a horse with a trimmed hoof. 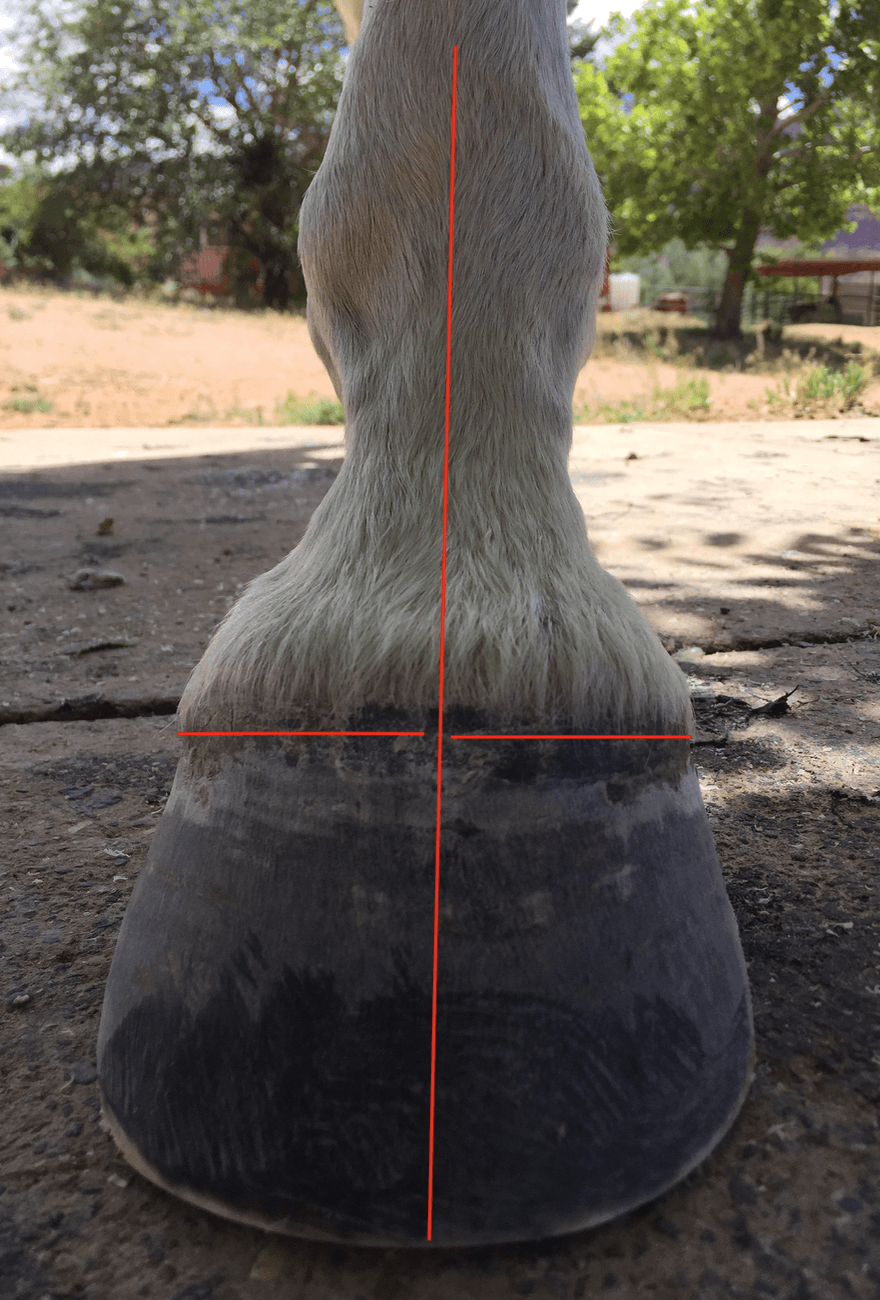 In both cases the horse’s body is supported by the hoof. The whole hoof is equally loaded and receiving equal ground pressure.

In the next case, however, the hoof cannot fulfill its job of properly supporting the horses weight. The plum line drawn from the center of the cannon bone does not divide the hoof capsule in equal halves. Notice how it’s offset to one side. The lateral half of this front right hoof is quite a bit wider compared to the medial half. (Blue horizontal line vs green line.) 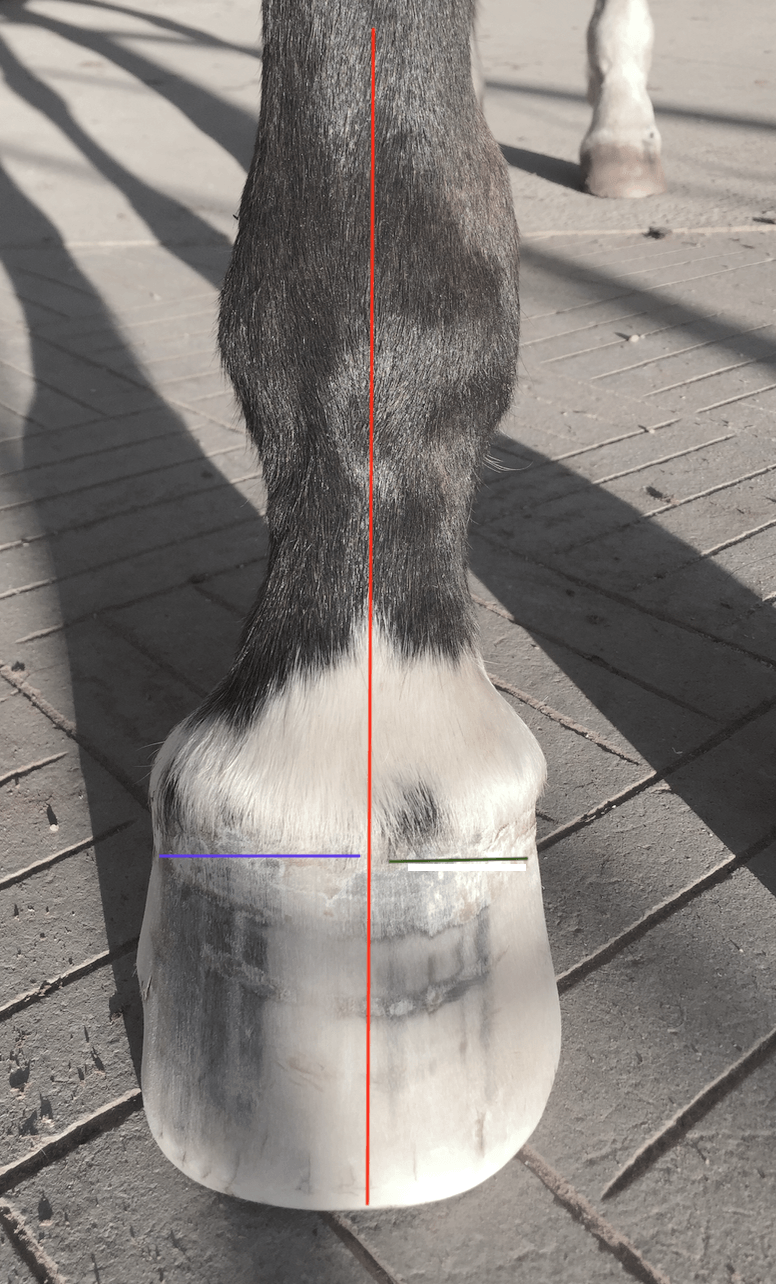 My next question is how can I mitigate that conformation fault and center that hoof better under his leg? For starters, when trimming, I’ll rasp the lateral wall a little more and the medial wall somewhat less, to try and move the hoof more underneath the bone column.

Look at the two blue vertical guide lines coming up from the supporting area of the sole. The leg is now more centered over the sole. I shifted the support area medially. 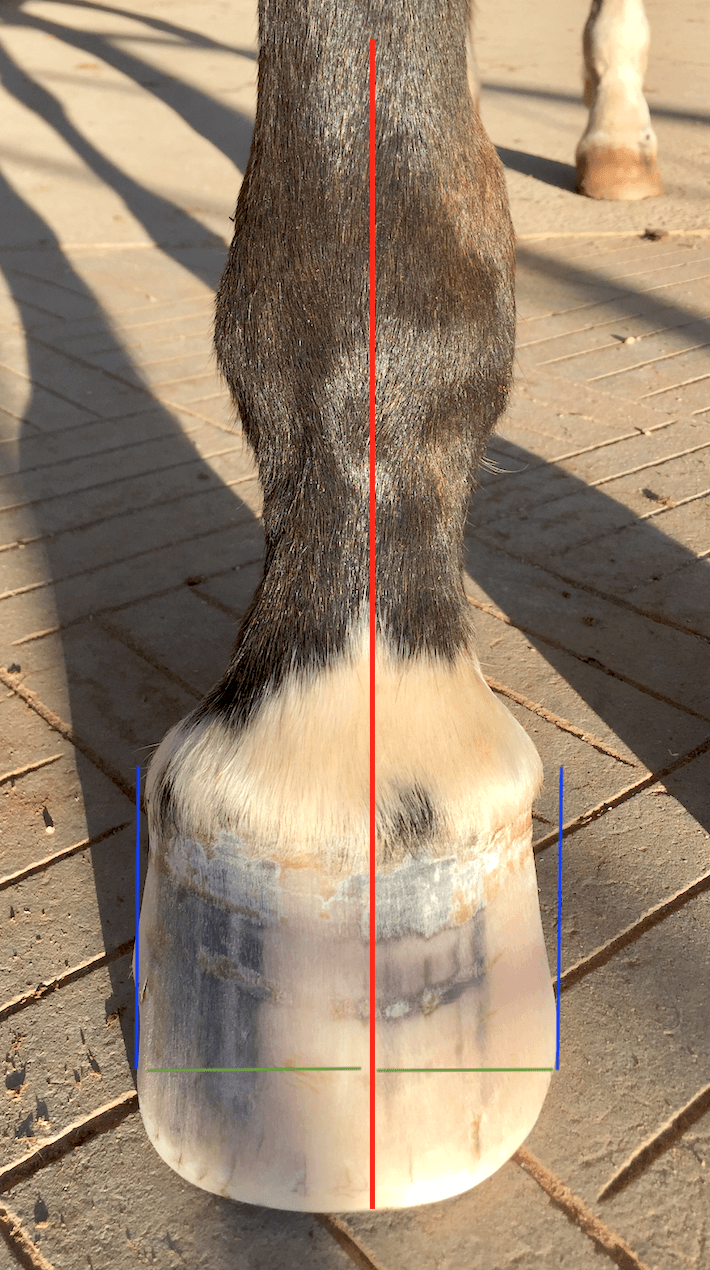 When shoeing or applying hoof protection to this hoof EasyCare provides the tools to center the hoofs ground bearing surface even more under the leg. The new EasyShoe Flex is the perfect shoe to help horses with asymmetrical hooves.

Here’s how the Flex can be used to help center the hoof under the limb.

In this photo, I moved the Flex more to the medial side (see the red arrow), to center the bone column over the supporting surface. 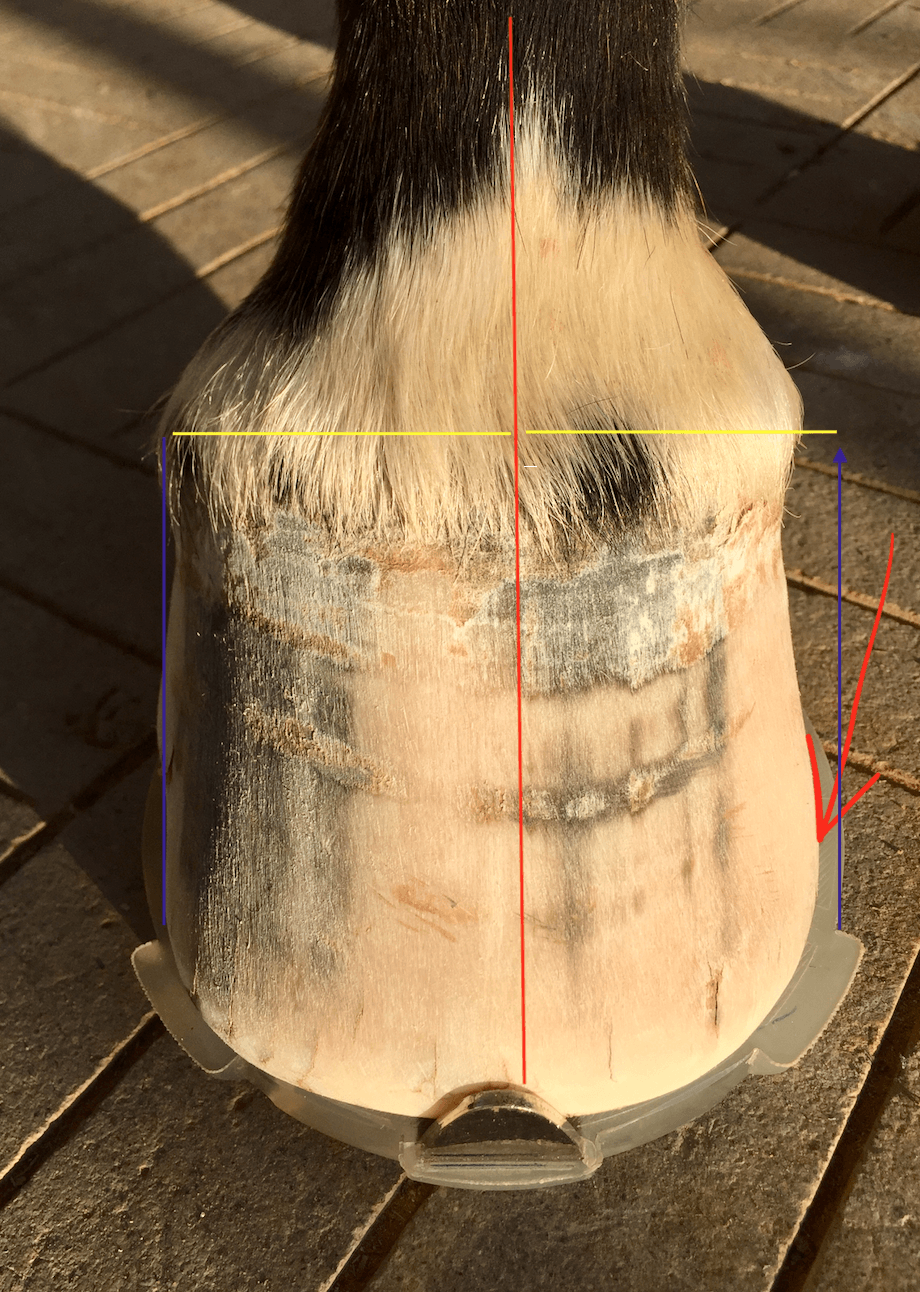 The weight baring surface of the Flex is now centered under the red plum line, and both lateral and medial (yellow lines), are equidistant between the two blue vertical guide lines again.

The protruding edge, red arrow, can easily get beveled off so a horse would be less likely to step on it and pull the shoe off. 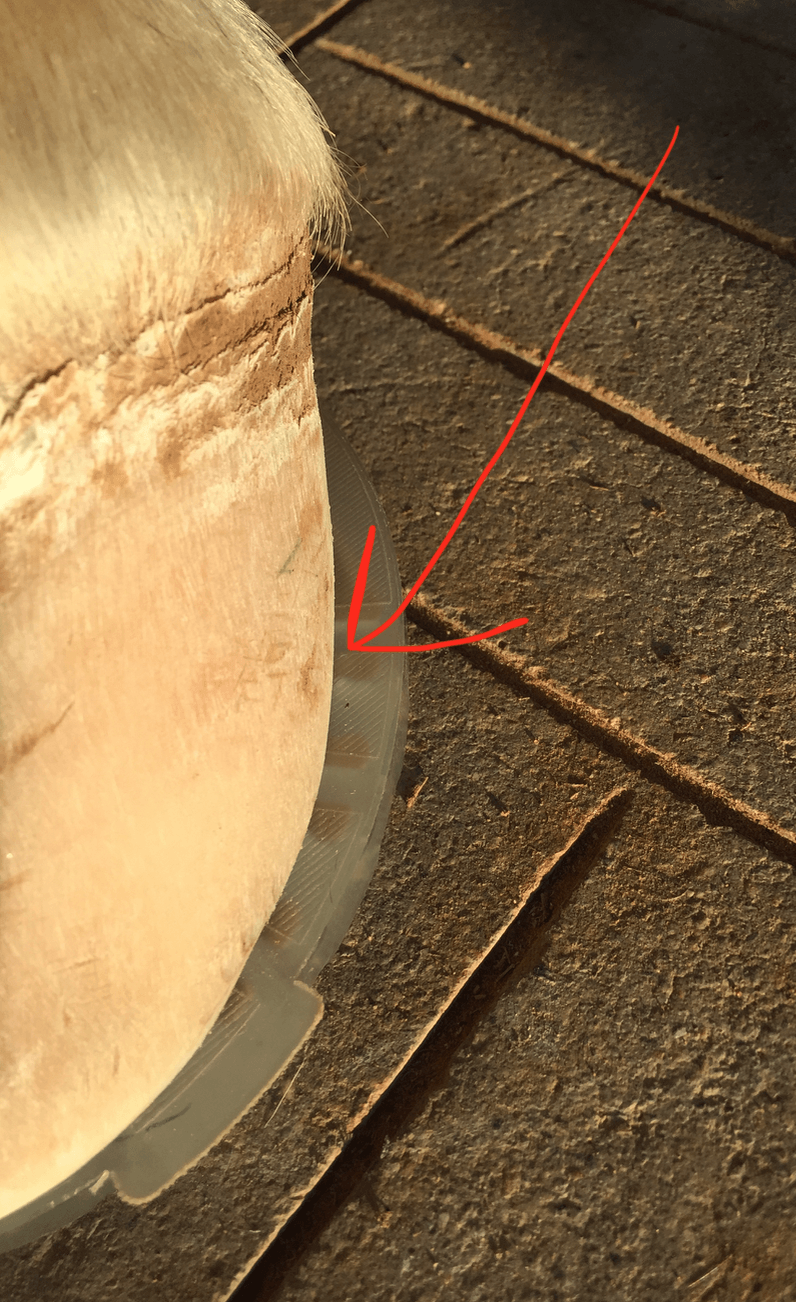 With a grinder or even a rasp the shoe can get easily modified. The spring steel insert can also get rasped without any problems. 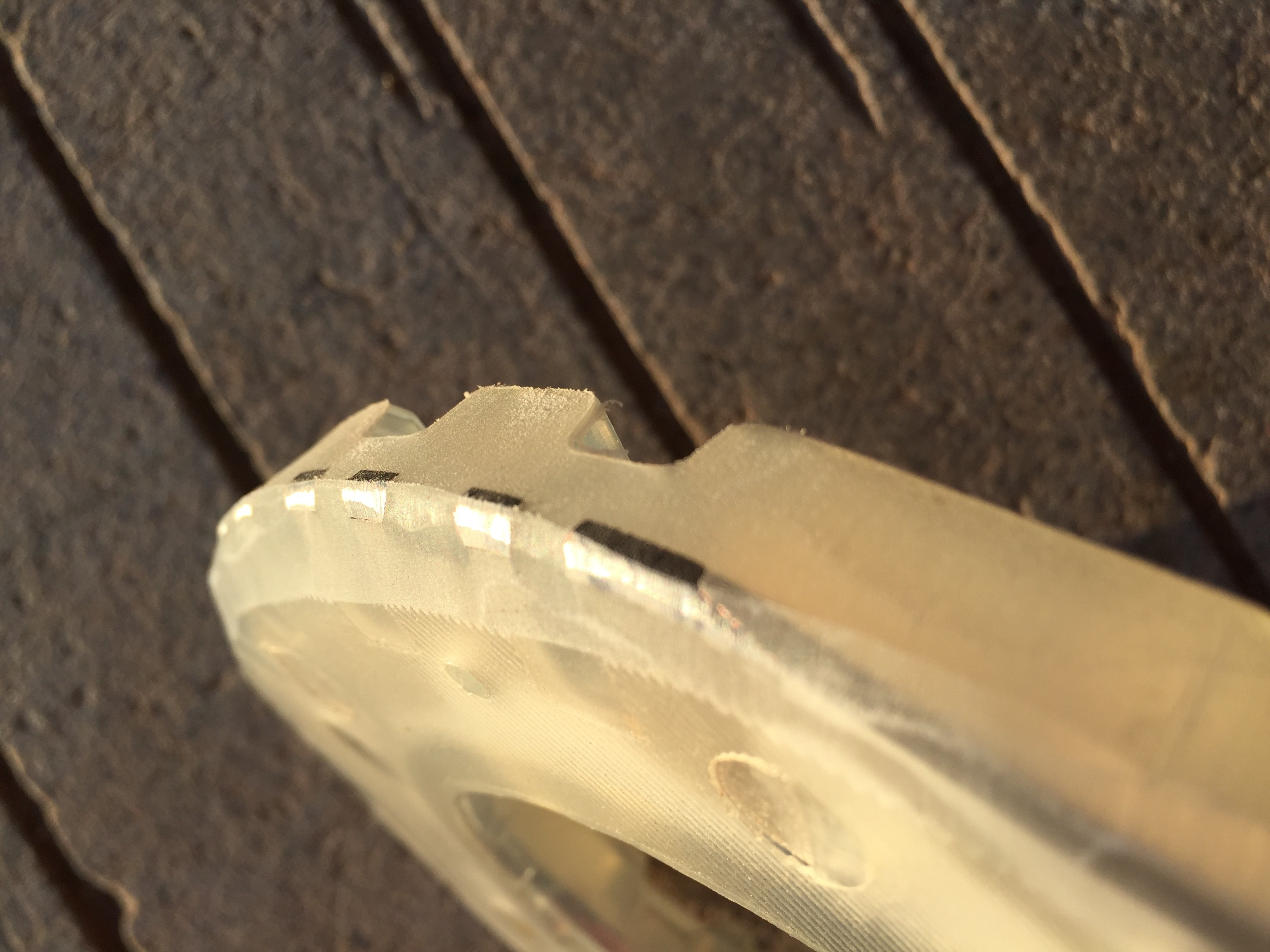 Stay tuned, because I’ll be sharing more information on the Flex. You’ll learn how easy it is to nail on the Flex, get some DOs and DONT’s, and see my test results on their performance during long and hard endurance races up to 100 miles in length. I’ll also be including the Flex Light, the version without the spring steel core.

In the photo below, the Flex Light, in a size 3, is shown on top. It comes with the heart bar for frog support. Below the Light is the Flex Open Heel with spring steel core, also in a size 3. The steel inside gives it enough rigidity so that a heart bar isn’t necessary. It’s also available in a heart bar version. 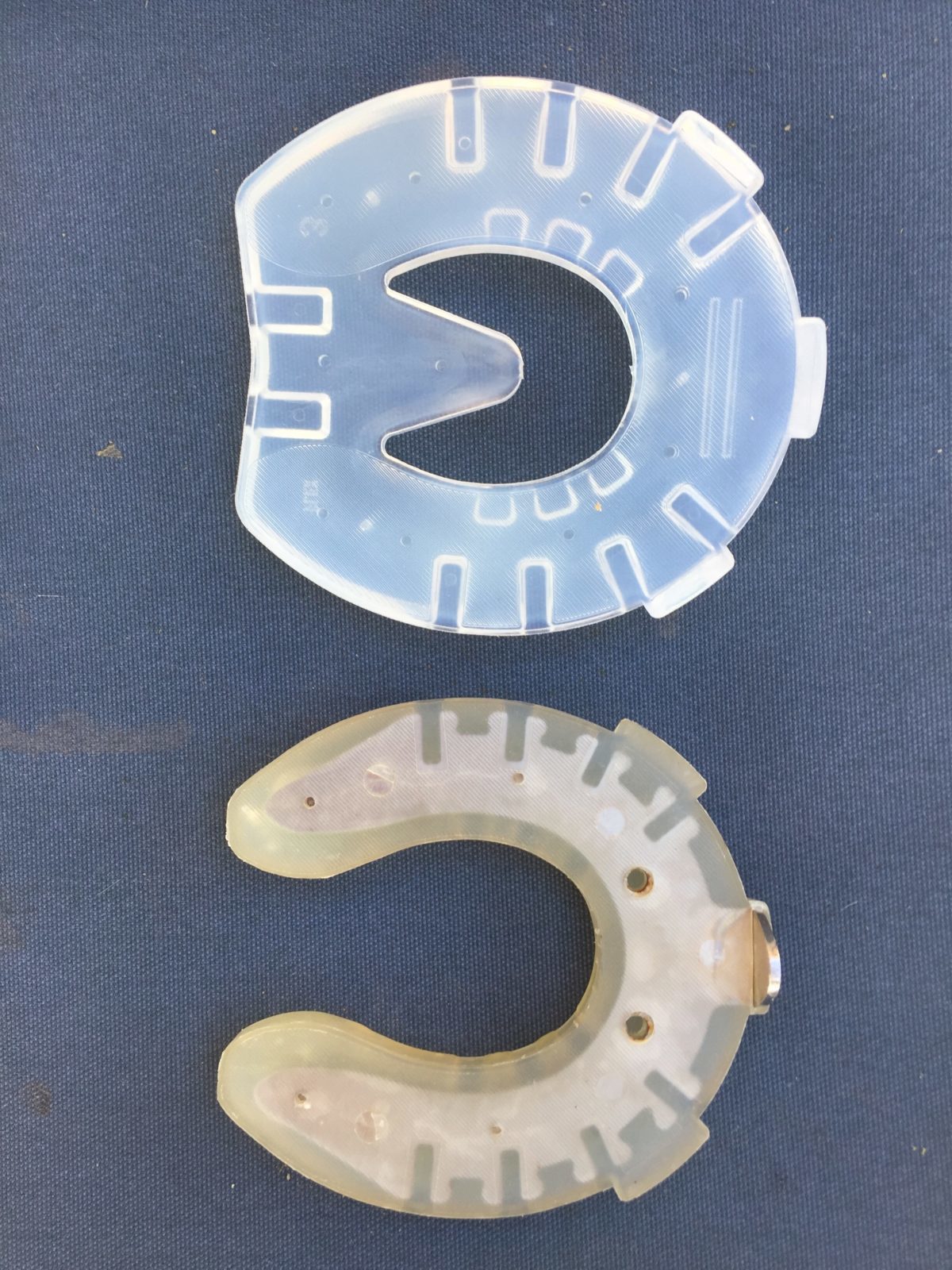 The Flex is opening a lot of new doors for the riders, farriers and trimmers alike.

From the Bootmeister
Christoph Schork

Success with the EasyShoe Sport