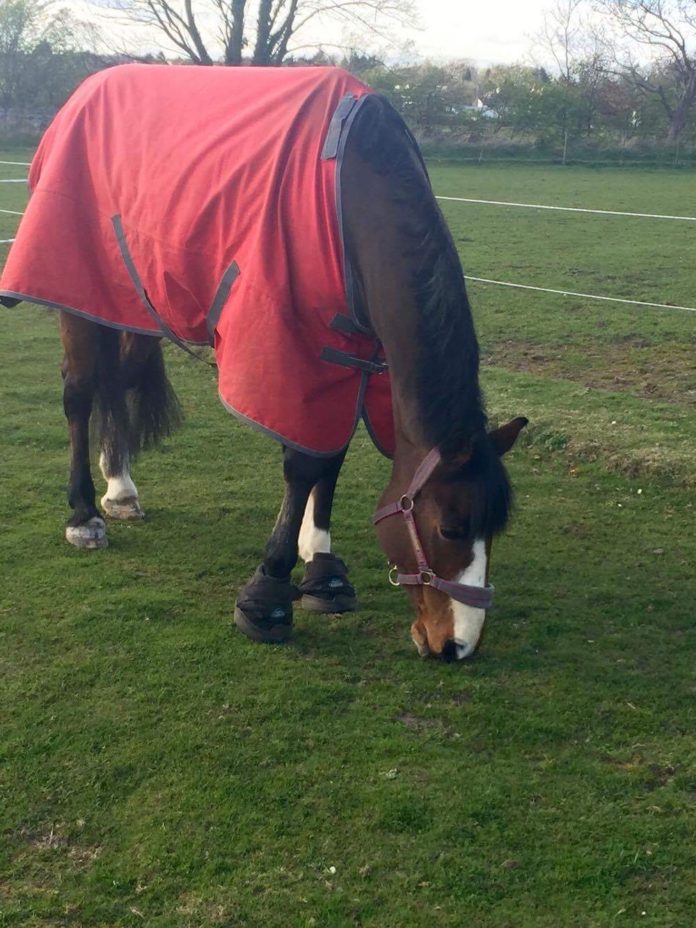 Sal was diagnosed with Cushings Disease which lead to Laminitis and rotation in both feet in early 2016. Thanks to the kindness of a friend who donated her old Easyboot Cloud boots to Sal she was able to sigh with relief for the first time in a long while. These boots quite literally saved her. A week later the vet couldn’t believe how well she was walking around. Both the vet and farrier call them her miracle boots. After 9 months of limited movement she could be turned out in the field. With many consecutive months of soundness during turn out she is now ready to get started on some light workouts. Her farrier wanted to put shoes back on but Landess wanted to keep Sal in boots a while longer. Sal is currently under light work in the Easyboot Transition and doing great! 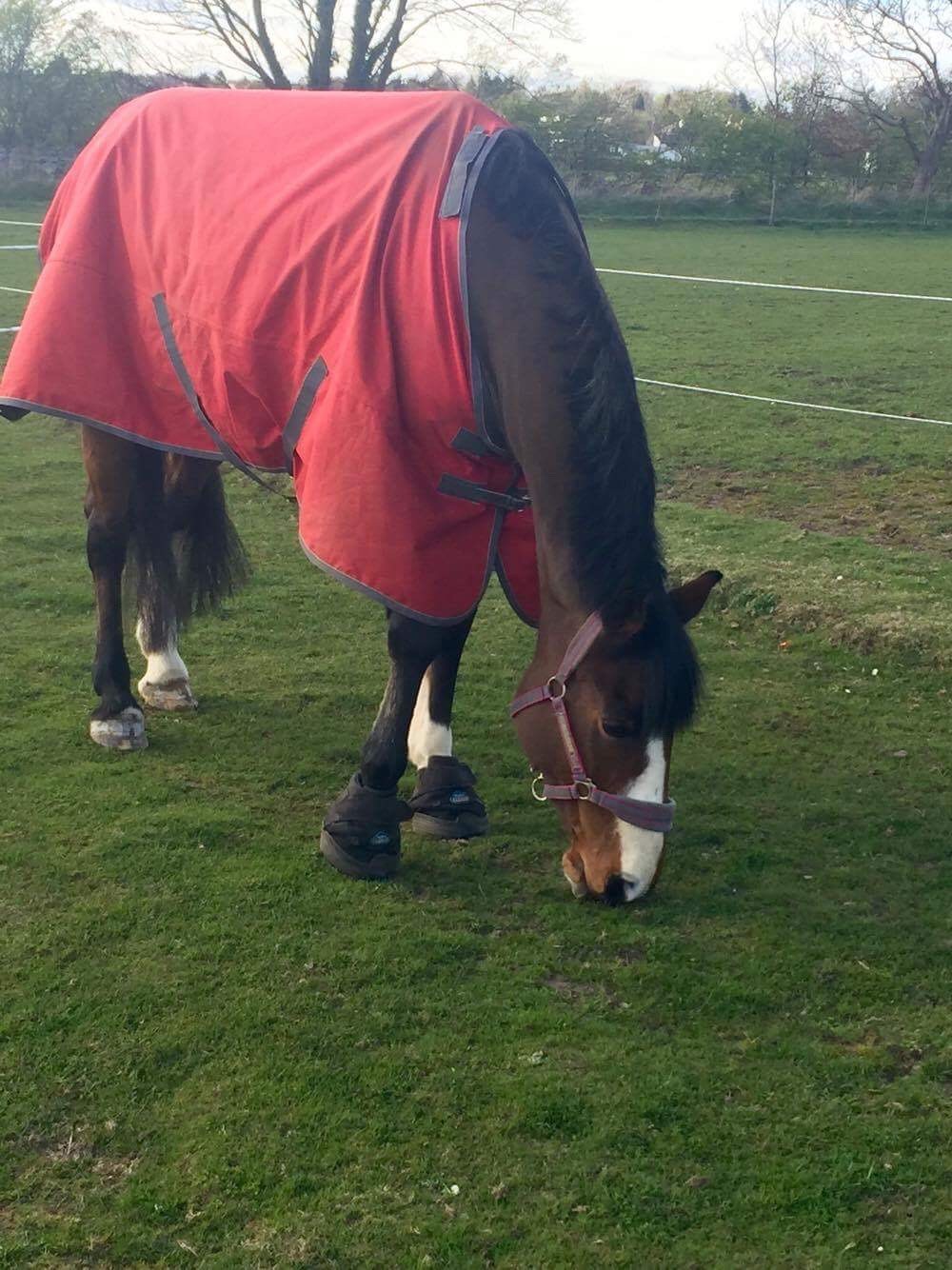