And ride we did. At the 2011 Bandit Springs Endurance Ride, in the Ochoco National Forest. Again, it was easily one of my absolute FAVORITE endurance rides of all time. As I posted last week, we were “just” doing the 80. And I must say that was a damn good decision! While my mare could have done twenty more miles, she was sufficiently tired at 80 and I was spent! The last 20 mile loop would have been loooooooong!

The ride really started the week prior, as it seemed to take forever to pack and prepare. I got my Easyboot Glue-Ons glued on with a new-to-me method and we didn’t finish up packing until Thursday morning, when we were supposed to be leaving! We finally got out of town and were on our way to Oregon! 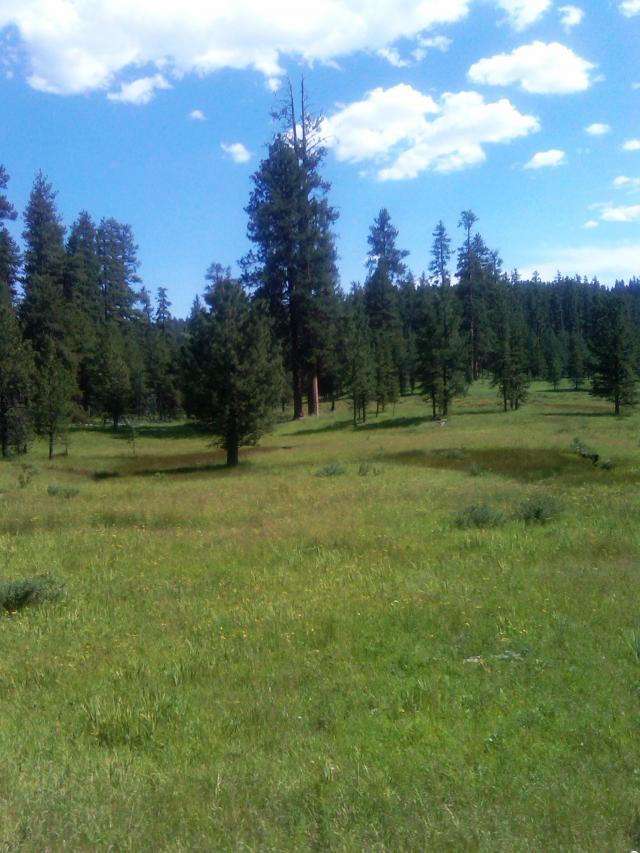 We arrived Thursday afternoon to the most beautiful ridecamp you could imagine. I can never get enough of this place. It was hot and muggy, both of which we haven’t had this year. I was a bit worried about the humidity, specifically, as that can really hurt your horse. We had an amazing dinner hosted by John and Susan Favro of Healthy As A Horse, and chatted with good friends. The next morning dawned HOT AND humid! Yikes! It was a really fun day filled with mini-seminars by farriers and two of the ride vets, my husband and head vet, Cassee Terry. The ride ALSO put on a mini-clinic, Endurance 101, which for a minimal fee newbie endurance riders could attend. I volunteered to be a mentor and had a lot of fun. I hope it helped the transition to the endurance community for some of these newbies. I was also able to help another rider with Easyboot Glue-On shells that I happened to have used from last year, as he didn’t have the right size.

We got to bed at a good hour and I actually slept great! 4AM came too quick, but I was up and ready with time to spare. The 80’s and 100’s started the ride at 5AM, and with only a dozen or so riders on the trail, winding through the mountain meadows in the soft light of dawn was quiet and peaceful. Unfortunately my mare had other ideas. The mare I was bragging on just the week prior, about being able to ride her in dental floss, proved me wrong. I actually thought about that spade bit The Cowboy mentioned! We caught up with some other riders about 8 miles from the first vet check, and cruised in on the 20 mile loop in just under three hours. She didn’t eat well at that first check and I was sick with worry, knowing we had 60 more miles to go, and a hot day developing. The next stretch to the out-check was awful. I was frustrated, angry, worried and sad. I was lonely and really missed my normal riding buddies! My self-pity was short-lived, however, as we were soon dropping into the out-check at about 35 miles. Thankfully at that time I met up with one of my Idaho pals who was riding the 100, and we left together and rode from the out-check back to camp in each others company. 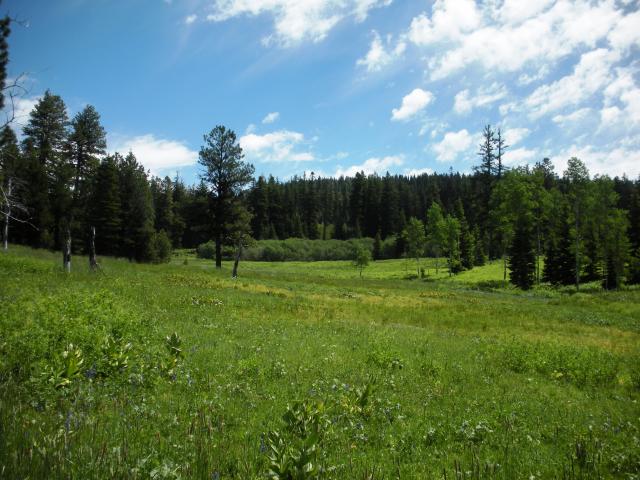 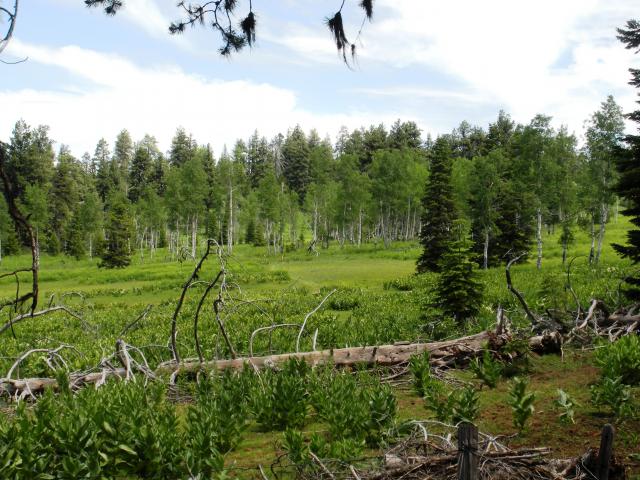 Riding through the Aspens in the prairie. 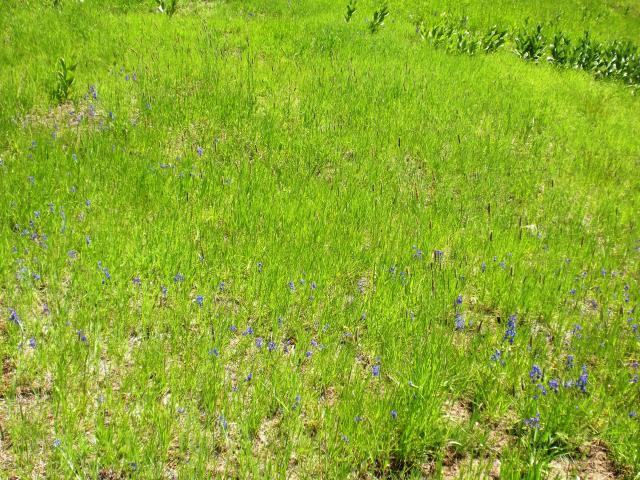 Back into camp, we were at 50 miles. The awesome company was a lifesaver on that particularly HARD loop. I wasn’t feeling great and was thankful for the hour hold. At this time Replika was eating and drinking like her normal self, and I knew we were over halfway done. I was finally able to take care of myself. After eating a big ‘ole sandwich, drinking plenty of water and a Red Bull, we were ready to rock. Replika and I headed back out alone on the same twenty mile loop we had done first thing that morning. I was so happily surprised to leave on a forward, focused horse! At that point we were an hour behind the first place horse. I had gotten so hot on the previous loop I actually used my Cool Medics vest for the first time. I have had the vest for about two years but have never really been bothered by the heat. Man that thing was a lifesaver!! Since I had already done this loop, I knew where to slow down, where to make time and where there was water for Replika. I also decided to run the downhills which was a really good idea and was refreshing for both myself and Replika. 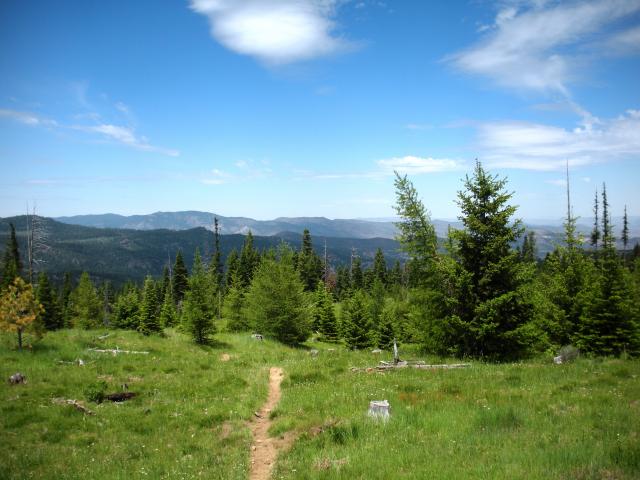 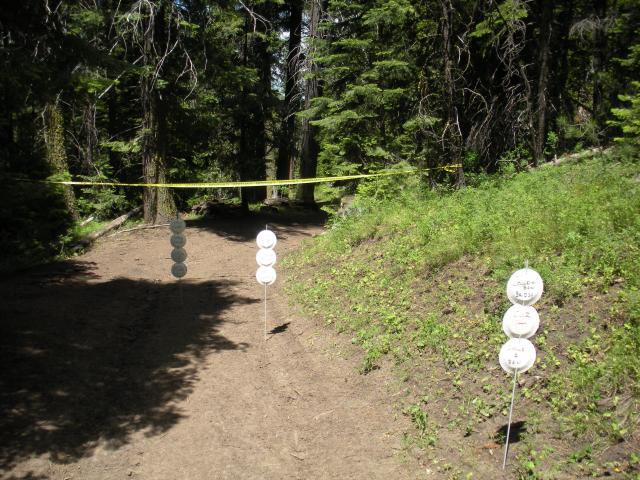 These pie plates sport the names of all the riders past who have blown by the turn over to the left, over the bridge, and to Grandmother’s house we go… ride management really has a sense of humor at this ride! 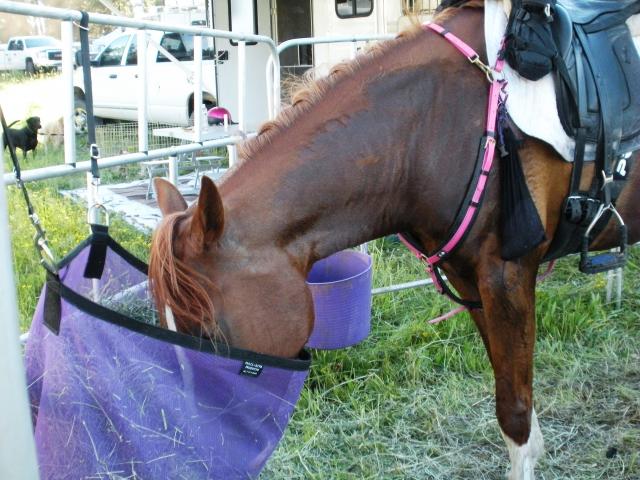 Replika chowing down at 70 miles. Only 10 to go pumpkin!

We came in on that loop only three minutes slower than we did the first time. It was starting to cool down and the last half of the loop was almost completely shaded as it was nearing 6PM. We only had ten miles left to go! Did I really have this much horse left?!?! After another short half-hour hold, we were off again. Replika once again flew out of the vet check and surprised me with her enthusiasm. I again ran the downhills and we slowed for the long, long climbs. We took turns showing each other the deer and antelope that were grazing in the meadows aside the trail. She ate and drank with gusto, but never hesitated when I gave a kiss to pick up the trot. Coming into camp for the last time I was almost brought to tears. My mare trotted right through camp to the finish, ears pricked and feeling fresh. I was shocked when I saw the first place horse completing their ten minute CRI. Did we really make up that much time?!?! We did! We had a perfectly respectable CRI and she showed great for BC. While we didn’t win BC, we won High Vet Score by 40 points!! I guess that’s the downside of being a featherweight, but I certainly can’t complain! 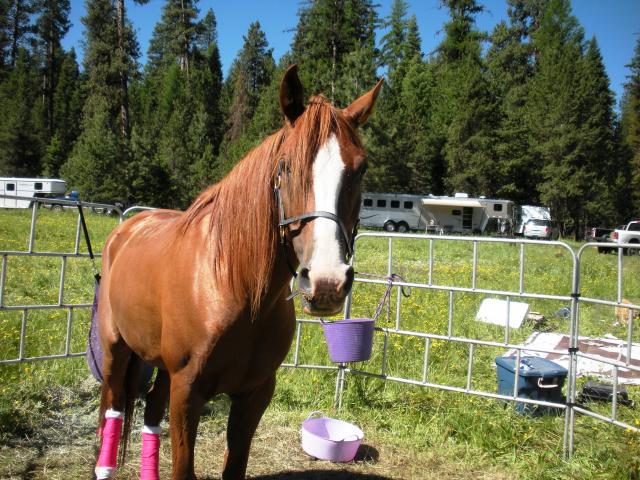 My little red rocket, the next morning. Looking pretty good!

The next morning, I told my husband it was the ride of all emotions! I laughed, I cried, I was sad, frustrated and worried. I was also joyous and giddy. All in the course of about sixteen hours. I missed my riding buddies, and worried about my friends who had tackled the Big Horn. I felt alone and yet became aware of the intrinsic partnership and teamwork I share with my little red mare. As I was chatting with my friend who had completed the 100 the night before, she told me that aside from Tevis, this was the most difficult 100 she had ever completed. I plugged my GPS into the computer as soon as we arrived home and was not shocked to see we had approximately 19,000 feet of elevation change throughout the 80 miles. The hundred would have added approximately 25,000 feet of change. This ride is no joke! 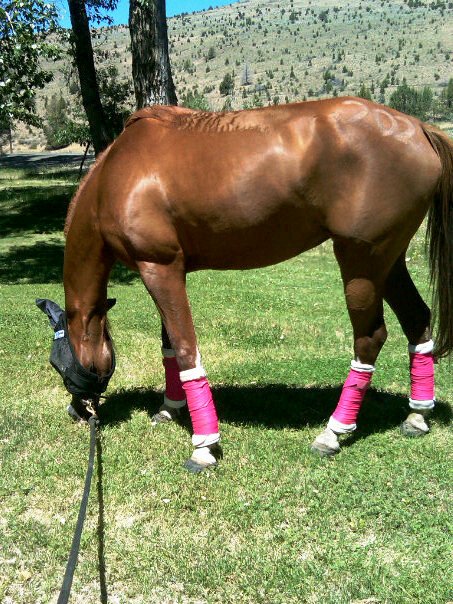 At a stop on the drive home. It was super hot and a long drive.

Going back to the topic at hand, which would be barefoot horses, I have to say this was the first endurance ride I have done on my mare, where she absolutely felt 100% over all surfaces. There was a lot of rock on this ride, fortunately it was mostly concentrated to certain long-sections of the trail, so you weren’t constantly subjected to the good/bad footing crisis. When it was bad, it was bad, and vice versa. I was super happy to have the full protection of the Easyboot Glue-Ons and was thrilled when I realized she hadn’t taken a short step in all of 80 miles. Her feet are finally getting there!!!!

Now, not to gloat because I truly believe in karma, I am just stating the facts here. There were upwards of TWENTY lost shoes throughout the miles on Saturday’s rides. YIKES! There were several boggy sections that I guess turned into shoe-suckers. I felt secure and confident in my boots and they were absolutely solid this morning, seven days after I applied them. As I posted last week, I used a bit of Adhere to secure the boots while the Goober Glue set, which did make pulling them a bit harder, but not un-doable at all. I will for sure be using this method for all my gluing on needs in the future!

As of now, Replika will enjoy some time off. Although she didn’t loose much weight, she can hang out and do as she pleases. She really deserves it! For me, well, I’ve got my hands full with two green-beans. I’m looking forward to spending some time with my boys!! 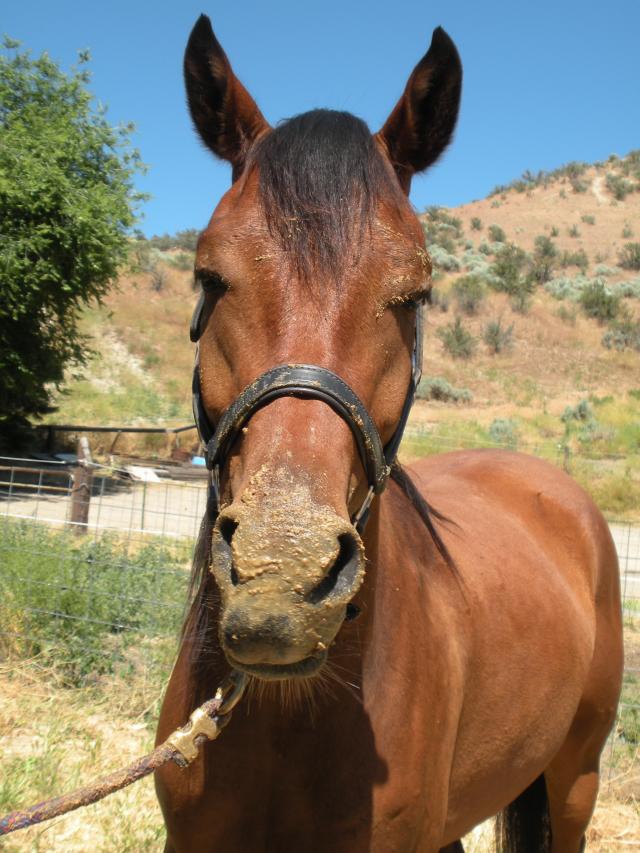 Keep up the riding- it’s gorgeous out there!!!