About a year ago my friend Hernan asked if we would crew for him at the World Equestrian Games. He tried getting me to go to the pre-ride, but that did not work out. I told him of course if he made it to the WEG we would crew. The months went by and here we were a few weeks before going and he decided to start getting organized (you don’t want to rush into things). We chatted several days a week and made our plans on how things would go. We all started to get excited.

Everything got packed up and we left for Kentucky from Vermont bright and early on a Wednesday morning (like 10 am). We had to drive our friend Patti’s truck back to western New York. It had lost it’s transmission a few weeks earlier and was on the way. The trip to Buffalo was uneventfu and we left the truck at a truck stop, after getting confirmation it was the right one, by a handcuffed woman in the back of a Police cruiser. “It had just changed names,” she said. I laughed about that one for a while.

Hernan (on the right) and me.

About three quarters of the way there, Hernan informed me we were going to be to early as his check-in time was 7 am. I didn’t know we had a check-in time. I drove until my eyes would not stay open: my limit is about 15 hours. Then we switched for the last few hours. We got to the horse park at about 6 AM and figured by the time we got where we needed to, we’d be good for time.

The first guards did not have us on their list. Now would be a great time to mention Hernan is Columbian, and was riding for Columbia. Sometimes people find him difficult to understand. The guards sent us to the next check as I don’t think they new what else to do. The next set of Police were going to have a bomb dog go around the trailer, but for some reason they just sent us through. We didn’t have any bombs but found the whole process interesting. We proceeded on into the dark until a yelling man stopped us and informed us we did not check in. We totally missed their trailer as a rig was parked in front of it. We turned around, made short work of the check-in and had nice chats along the way. Trident finally got  to his stall. 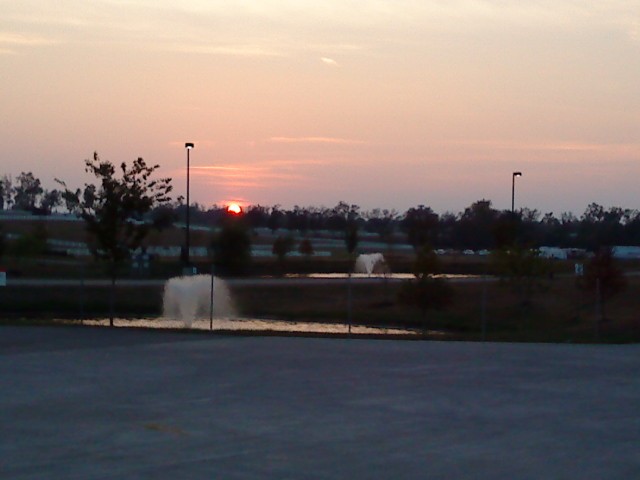 As the sun came up it gave us the insight to how much work had been put into just the grounds. The Kentucky Horse Park looked incredible. Freshly painted fences all over to probably over a 100 portable buildings for everything from horses, to shops and restaurants to vets. We got the lay of the land and went to check into our grooms trailer or (FEMA trailer) as we all so fondly called it. They were basic RV boxes with no running water, community bathrooms and showers. That was the downfall of it all, but I survived. The stables were about a mile a mile from the barn, so we had bikes to ride back and forth. We had been told no golfcarts or segways. which would of been easier but the bikes were fun and we were doing about 5 miles a day, so really it was good exercise.

I am always amazed once you get to a event how fast the days fly by. This is such a time oriented sport and I always find I loose track of real time. We met with the rest of Hernan’s team and crews and chef from Columbia, they were all very nice and fun. We got all our credentials and decided to check out the cafeteria. They provided us with three meals a day (that was unbelievable). The food was great and just a three minute bike ride away. The Reining would take place below so we would check it out after vet-ins.

Hernan got a couple light rides in on Trident (a very nice NF Proof gelding) and he was feeling great. Saturday morning we vetted in by country so we went early in the morning. I really was impressed on how nice everyone really was. I truly found everyone to be helpful and polite. After vetting all went to watch some reining. The afternoon before we got to go the new Al-Marah Arabian museum. It is really cool and the Museum curator gave us a personal tour so that was extra special. Monday we would check out the Gift from the Desert exhibit, which was completely overwhelming. That afternoon we set up our crew box, then the girls went to check fly-bys and I clipped the horse. 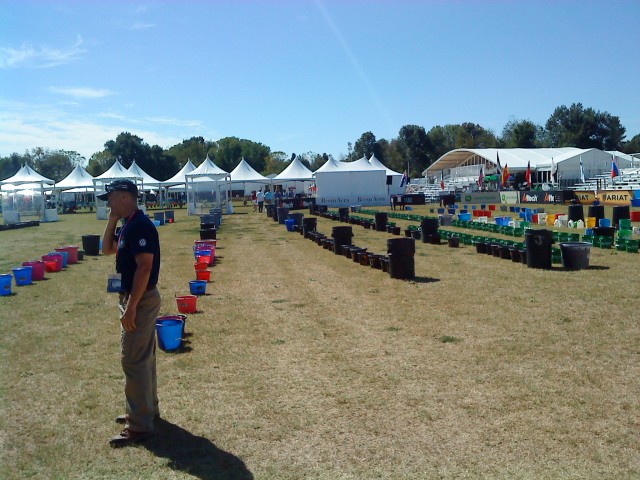 It had been warm weather but the day of the ride was supposed be cooler – low 70s, which is perfect. We got everything ready and headed to get cleaned up and off to the opening ceremonies. Originally I did not think we would be able to get in to them, but soon learned our passes got us into everything. Excellent! The opening ceremonies were one again overwhelming, so much effort and history of Kentucky was put into it. truly another special treat. 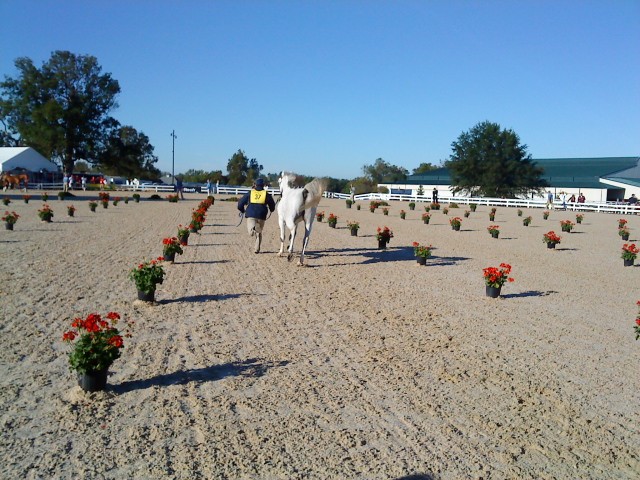 Ride day was perfect cool and partly sunny. I wore a light jacket most of the day. The start was fun and very well organized. The crew areas all had a nice flow and was fairly easy to get through. They had giant TV screens to track the horses and riders via GPS and video crews set up so you could see the riders before they got back in. The first hold of course was crazy as a large group came in and there was a back up due to computer malfunction or something. The rest of the day was fine. Every rider had a card with a bar code and you would hand it to someone and they would swipe it and then you would move through the crew area  usually in less than a couple minutes. when you got to your pulse gate it would get swiped again, then you would be directed to a vet. All vet gates had a big hand held heart monitor, it would read on a screen at the end of your trot lane so everyone could see. Then you would trot, come back do your metabolic and get a green light if you passed red light if you failed… It was all very cool. The rider and horse would go to your tent which were all set up by countries and a groom would go get the card swiped for an out time. 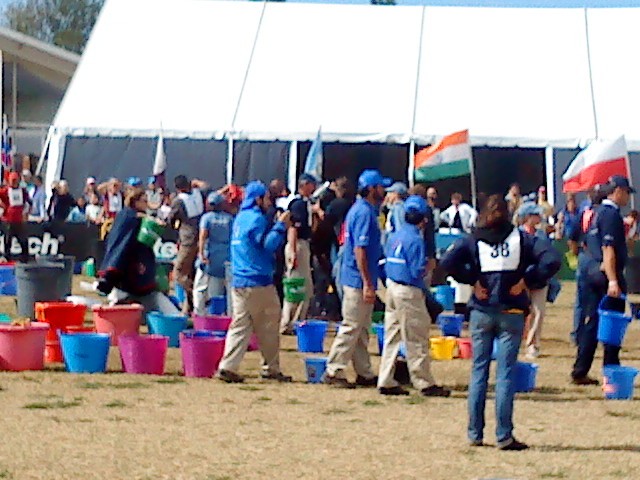 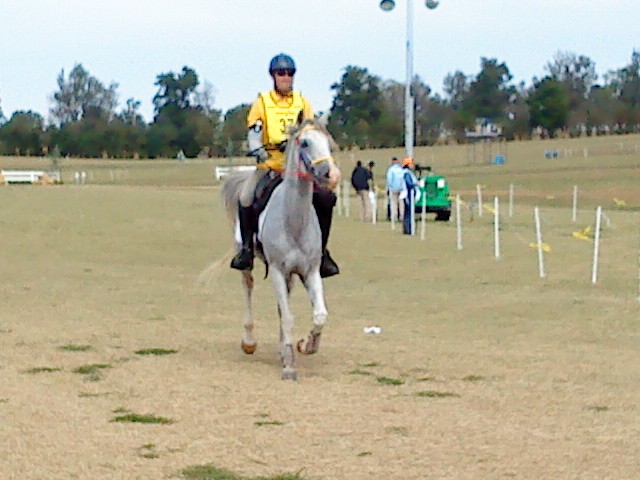 Our horse ended up being pulled for a metabolic issue at 89 miles, after he spent an hour getting lost. Bummer! Every horse had to go to the vet tent and be checked out. and everything except fluids was free of charge, which was very nice. The finish was so cool you could see the riders coming in on the big screen then for real. Nobby, the winning horse, looked like he had been out for a hack, and Heather Reynolds and Jean Philippe Frances had an exciting race-off.  The next morning were all the BC trot outs and awards in the main arena under windy rainy skies.

It really was more of an honor to be part of than I would ever have thought. And such a wonderful memorable time.