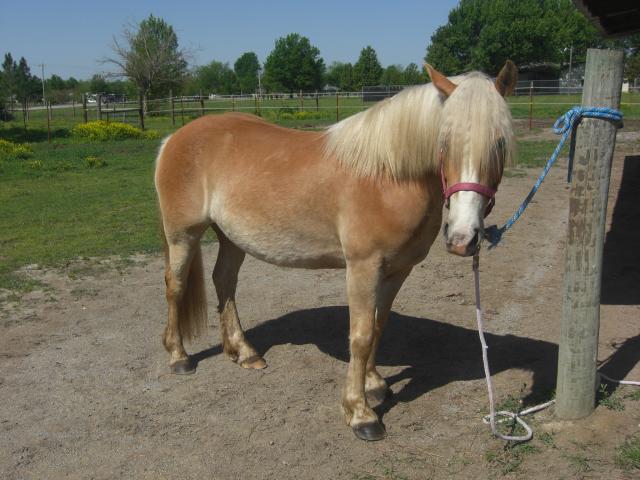 My ultimate goal for the year is to foxhunt my Percheron/QH in EasyCare hoof boots. But, since it is the off season my other project is a very cheeky four year old Haflinger mare named Lucy.

Lucy was the sweetest three year old but now has turned into a know it all four year old. I’ve found this is true for most four year olds; the sweet naive pony is gone and now we have this attitude. On Mothers Day, I decided to treat myself to a trail ride at my friends’ ranch. Why did I decide to take the cheeky one instead of one of the good ones? I’m not quiet sure. A challenge? Poor judgment? Right off I was rethinking my horse choice. I put her size 1 Easyboot Epics on and walked her in a circle to get them good and settled. Note to self: velcro gaiters before walking dorky four year old in a circle. She promptly ripped the gaiter almost in half on the right front. 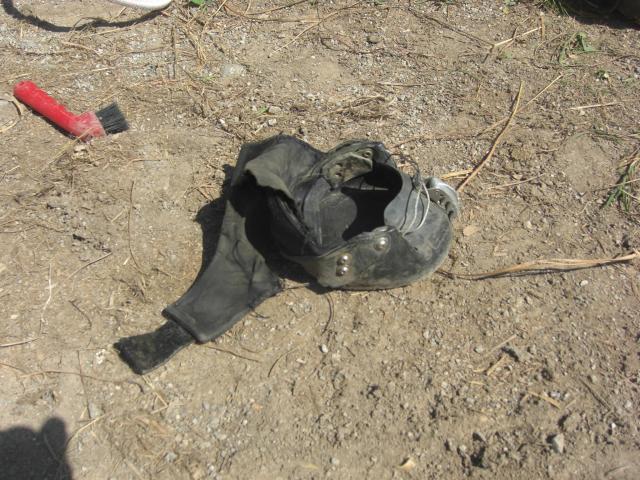 She was not going to get off that easy, I was determined we were going to go trail riding. I went to the trailer and dug around and this is what we ended up with: 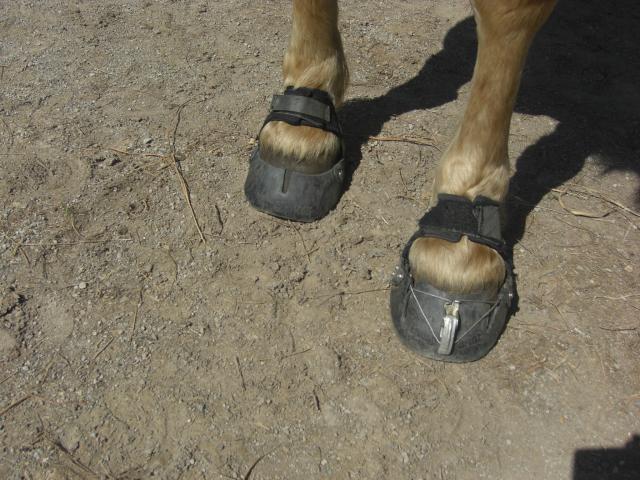 Epic on the left and 1.5 wide Easyboot Glove on the right. The Glove was a half size too big but I had to have my Mother’s Day ride. It would have been nice to have some athletic tape on hand but of course I didn’t. We headed off to Other Side Ranch owned by my friends Bess Livinston and Grant Halls. It is a little slice of heaven in Delaware County, Oklahoma. I call it the Ozarks but not sure if it is officially. Grant has developed some amazing trails from scratch. 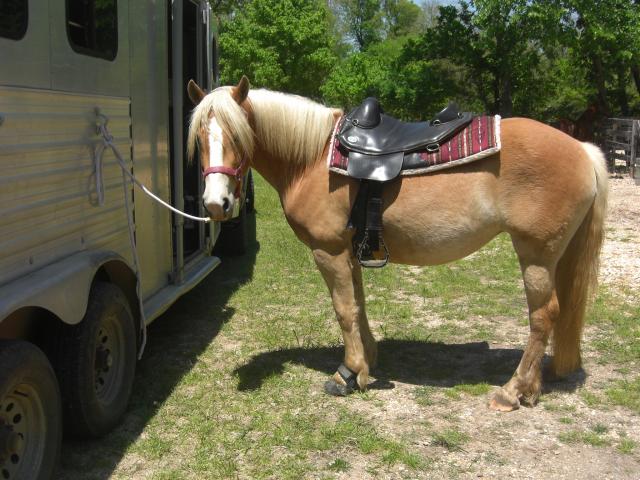 Lucy ready to go. The boots are still good after the trailer ride. 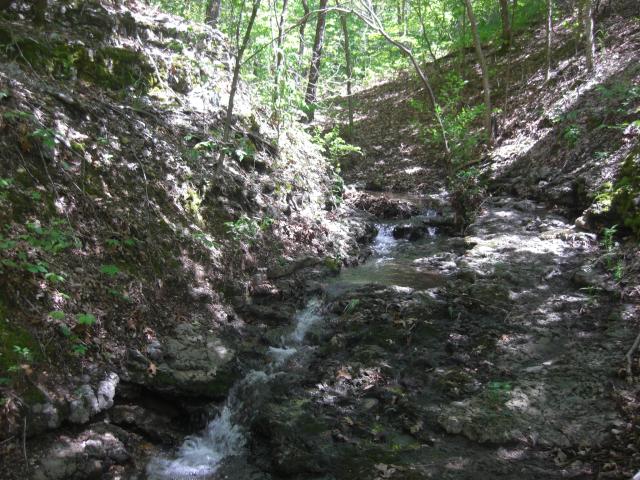 This is the trail! The boots perform great on the slick wet rocks.

I was a little worried I might get rocks from the creek in the boot that was a little big but there were only a few tiny ones in there at the end. Lucy’s hoof boots really did well even if the combination wasn’t what we started out with. They protected her hooves from the sharp flint rocks and gave her good traction on the slippery wet flat rocks. I couldn’t be happier with this cheeky pony and her boots! Maybe, she is coming around? 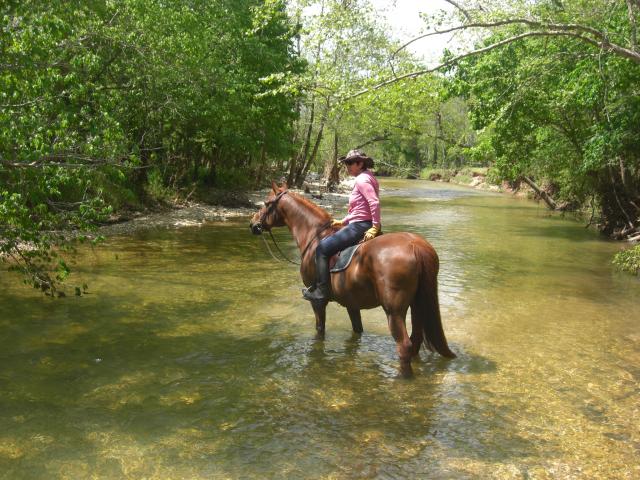 My friend Bess and her Morgan Jasper. Cloud Creek runs through the ranch.