I was addicted to glue. Easyboot Glue-Ons, that is.

I have to confess that when it comes time to compete at an endurance event, my tendency over the past 12 months has been to apply a nice set of four Easyboot-Glue-Ons to the horse.

It’s true that there is less to worry about with Glue-Ons: you just climb aboard and start the race without much heed to the boots. There are no gaiters to worry about rubbing or tearing; there is the extra cushion of Goober Glue in the sole of the boot to mitigate the concussion your horse will be going through. And I think I’ve ridden about 700 competition miles in Glue-On boots and have never lost one.  So what if you need to spend an hour gluing on boots in the days leading up to the event? Why wouldn’t you glue on for a race?

Well, there are plenty of reasons, but for me one of the big reasons has been fear of getting pastern rubs over long distances.

The 2010 Strawberry Fields endurance event near Heber City, UT was the perfect testing ground to face my fear head-on of competing in Easyboot Gloves. The event location is known for its countless river crossings, its boggy, muddy conditions and the chance for precipitation. The results were nothing but successful. 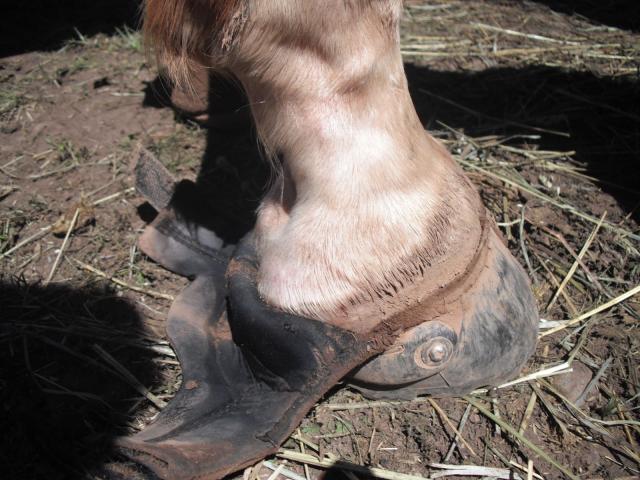 The long and the short of it is that Far and I completed 105 miles in two days in Easyboot Gloves. We did not lose one boot, we did not rip any gaiters and we did not get any rubs. And there were four other horses in our EasyCare group that enjoyed the same results.

Equally interesting was to see that some of the so-called thought leaders in the barefoot community who use another boot brand who have been so vocally against glue-on boots were using glue-ons at the event. That definitely gives you something to think about.

Here’s how to overcome your fear of rubs: 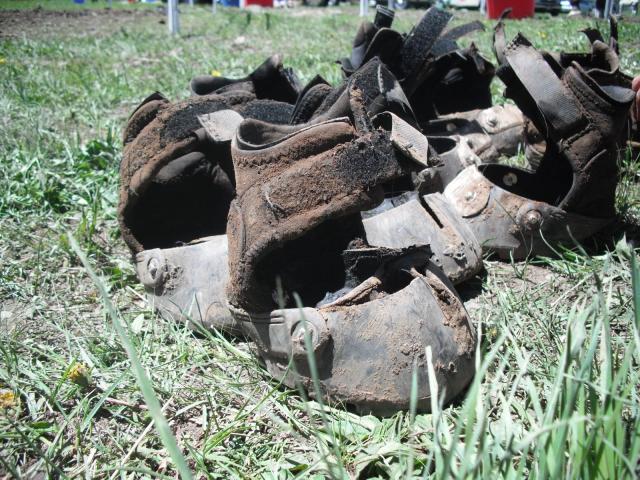 I’ll definitely be using Gloves again at multi-day events. And you’ll probably see me in Glue-Ons from time to time as well.

P.S. To see more photos of the event, click here.