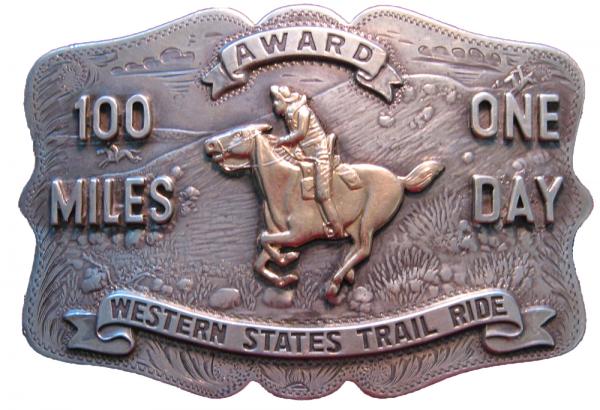 We set out with a goal ten months ago, and built the strategy around that goal. The goal was simple: to achieve a top ten placing at Tevis 2012. We thank Garrett Ford for his support and encouragement that we could train our horses to this level. Our reading list was 4th Gear by Dennis Summers.

The essential components were:

1. Impeccable hoof care. It all starts with the hooves – I believe that more and more each day. If the feet aren’t right, you can’t do well. We used Easyboot Glue-Ons on ride day.

2. Diet: the grass pasture has changed our horses for the better – and so has the space for them to run around and be stupid with each other (they’re on 4 acres right now, but were previously on a pasture twice that size). We feed a good quality grass hay mix; a balanced performance feed and a multi-vitamin. If Far began to look too lean, we would add Amplify to his diet. Once the grass got going, it was more a question of how to keep the weight off them. We wanted meat over the ribs, but we wanted to see ribs when they breathed in, and to be able to feel them. Stoner actually went into Tevis at a higher weight than we wanted, but that did not seem to hurt him. 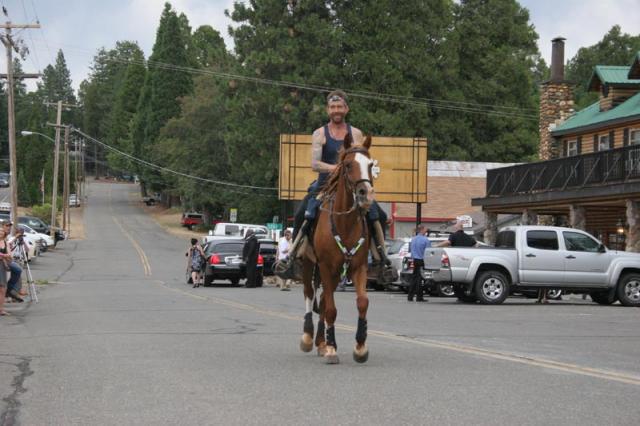 Rusty Toth and Stoner riding through Foresthill with the best-gripping hoofwear known to horse. Photo by Merri Melde/Endurance.Net.

3. Train faster than you compete at rides. We started doing a lot more canter work last year – partly to improve the horses’ toplines – but also at the suggestion of Duncan McLaughlin and Garrett Ford. We have an advantage here with the elevation (we ride from 7,000′ – 12,000′ every time we go out), and we have nothing but mountainous climbs. In fact, finding trails flat enough to gallop on has been one of our biggest challenges.

There is a road a couple of miles from us that is 13 miles long. We would canter and gallop part of it once a week. We also made sure to work the horses anaerobically whenever we were working them. If they got to a fitness level where the work was not challenging them enough (based on heart rate), we would increase the difficulty of the work. As Duncan McLaughlin says: the work has to count for something or it is wasteful.

We rode horses for a minimum of three times a week, two of which were longer, tougher rides, one of which was at speed. By the time we started on race day, ride pace seemed luxurious. We never felt like we pushed them and we always felt like there was a lot more horse. 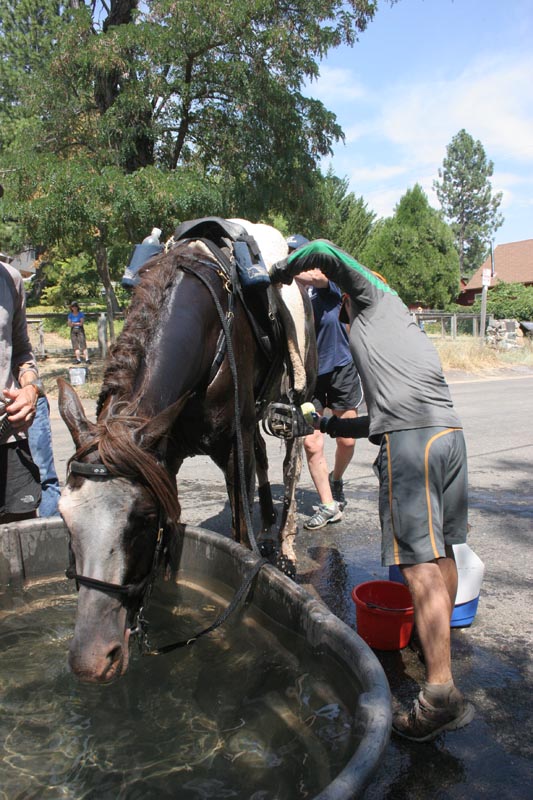 Far taking a long drink at Michigan Bluff. We were not trained for heat, so lots of water was an important part of our ride day strategy. Photo by Merri Melde/Endurance.Net.

4. Get fit. I ran 5-8 miles on hills every other day starting last year, and on the alternative days I would hit the hills with my mountain bike to keep building muscle but save my joints. That allowed us to run about 15 miles of the trail on Tevis day – including the canyons. Rusty got off at the bottom of Squaw, but Stoner just did circles around him, so he got back on. The one thing I underestimated was how tired I would be after riding a bouncy horse 52 miles, which was when we started running on foot.

5. Pick your rides. In the past, we’ve done a 100-miler 6 or so weeks before Tevis on the Tevis horses. Based on what long distance running does to my own body, we decided to do fewer races with the Tevis horses, in favor of more strategic training.

Stoner was not actually supposed to go to Tevis – Quake was – but at Steph’s ride in Idaho, we decided it would be more enjoyable to ride together rather than riding it separately. We changed our plan out on the trail and Rusty agreed to ride Stoner instead of Quake at Tevis. So that ride was not perfectly in line for Stoner’s Tevis strategy, but since the 100 at Steph’s was fairly flat, we looked at it as good speed training. He also came through it very well and we did not push it.

The Tevis horses did not do many 50-milers this year, compared to the amount we usually do. We were mindful of tapering them off two weeks before, and rode them every day in the week prior as soon as we arrived in the Robie Park area. Tie-ups seem to be more of a risk when the horses are so fit, and we are more careful of sugars around travel days, and movement. We would just take them out for one hour per day when we were in the Robie Park area and break a sweat on them, then cool them down and put them back in their paddocks. We took them out for only a couple of miles at Robie the day before the ride – but fast enough for them to break a sweat. 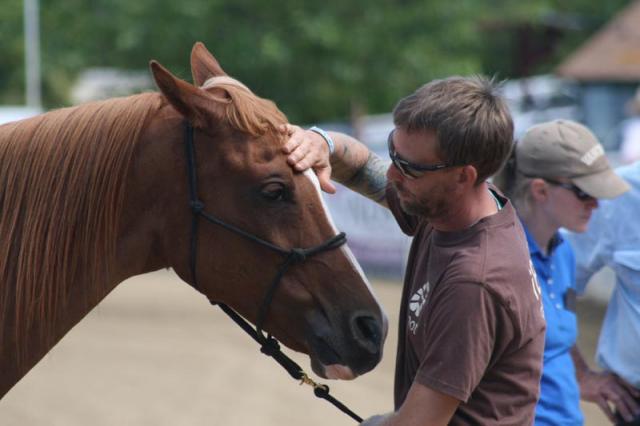 Rusty and Stoner show for the Haggin Cup. Photo by Merri Melde/Endurance.Net.

6. Good electrolytes. We buy Heather and Jeremy Reynolds’ mix and use their dosing protocol. You have to cook it up yourself the night before, and it won’t keep longer than the day of the ride, but our horses eat and drink better on this than they have on any of the other potions we’ve tried.

7. Body work. Duncan McLaughlin generously worked sessions of deep tissue massage therapy on both horses during the weeks and days leading up to the event. The difference in the horses was undeniable. 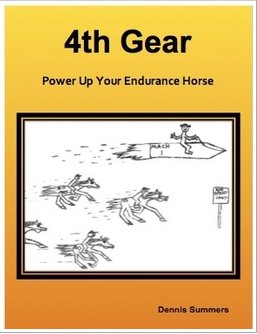 As for Dennis Summers’ book, I’d say all of it is applicable. If you haven’t read it yet, you can download it at 4thgearendurance.com