Well the Idaho endurance ride season is officially off with a bang! I started prepping for the ride, the 4th annual Tough Sucker No-Frills Ride, the week prior, by supervising the installation of the HiTie. I cleaned and put the LQ of the trailer back together the next few days, and before I knew it, I was two days out from the ride!

I decided to use my trusty Easycare Glue-ons and Goober Glue combo for the ride despite the fact it was a one-day 50. I have some big hopes for the season and wanted to iron everything out before it really matters! I usually follow the protocol for gluing my boots with Goober Glue to the T, but this time I decided to experiment. Yes, I was being lazy, yes, I was cutting corners- yes it was COLD!!! I will tell you that we have had more wind in the last couple weeks than I can care to remember, and I just don’t do wind, rain or cold!!! I am sick of my hair being a mess, my ponies being swirly and my fence being the catch-all for the wind-blown neighborhood garbage!

I gathered all of my tools and supplies needed for gluing on. Here is what I use: 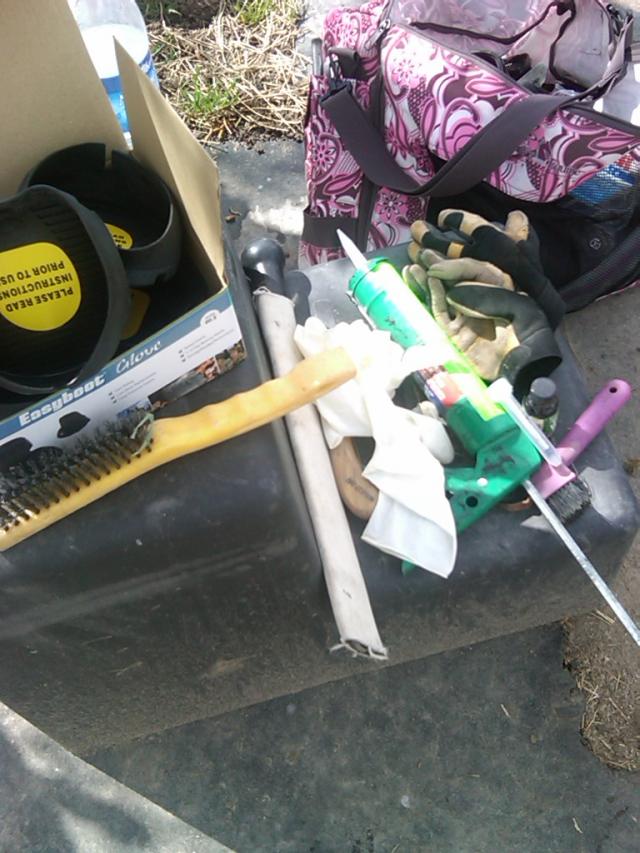 Like I said, this time I decided to cut the gluing process down to a minimum, hoping myself and my mare wouldn’t fly away!

I first prepped the foot lightly by scoring the hoof wall with the side of the rasp, scrubbing with a wire brush, and injecting the tea tree as described here. 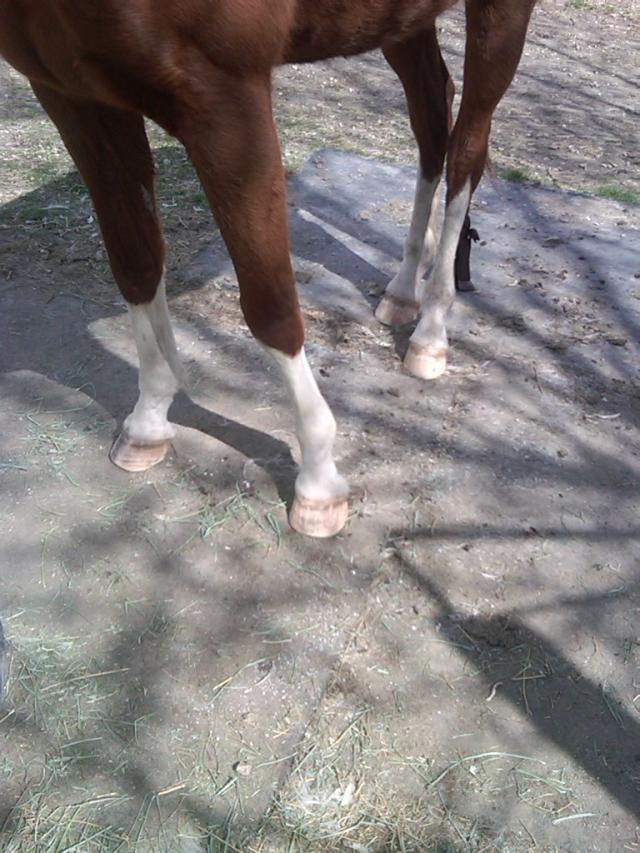 Soooooo, instead of mixing five pumps of GG and 1/2tsp of water at a time (for one hoof at a time), I decided to mix ten pumps of GG and 1tsp of water and apply two boots at once. I started gluing at 3:20PM and was completely done at 3:40PM. A new personal record!! Well I’d like to remind you that faster is not always better! I went home that night and told my husband, “I’ll be surprised if I don’t loose a boot this weekend!” I even called Chris Martin (aka Mr. Goober Glue) on the way to the ride and told him my application went waaaaay to smoothly and I didn’t get glue everywhere, which meant I was probably going to regret my short cut! 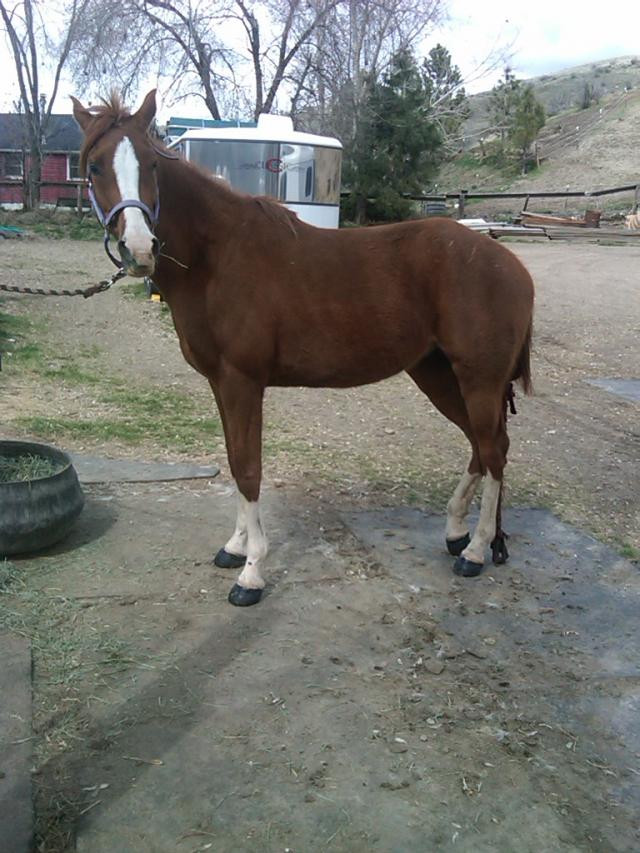 After letting the mare stand and cure for about an hour, I turned her out while I took my gelding down the road for our dressage lesson. When I got back a couple hours later, I turned her out and wouldn’t you know it she took off like the little red rocket she is! Silly mare!

The next day dawned COLD, blustery, rainy and overall BAD!

We took our sweet time getting out of town, thinking there was no way we wanted to hang out in this weather! We stopped and got a burger on the way out of town, where my sweet husband (who was head vet for the ride) told me I could just turn around and go home and he would drive back and forth for the weekend but no way could I let this nasty weather win! We headed over the river in the face of snow, hail, wind and rain. Thank God once we got closer to camp things let up a bit!

I immediately set up Replika on her HiTie (which took about .2 seconds- LOVE THAT) and went to work fitting a friend’s gelding for his first ride ever, in Easyboot Gloves. His drill sergeant, er, rider, would be riding her first 50 barefoot (booted) miles, in almost 7000 AERC miles! This horse rocked the Gloves and went completely bare behind! How cool is that?!?! 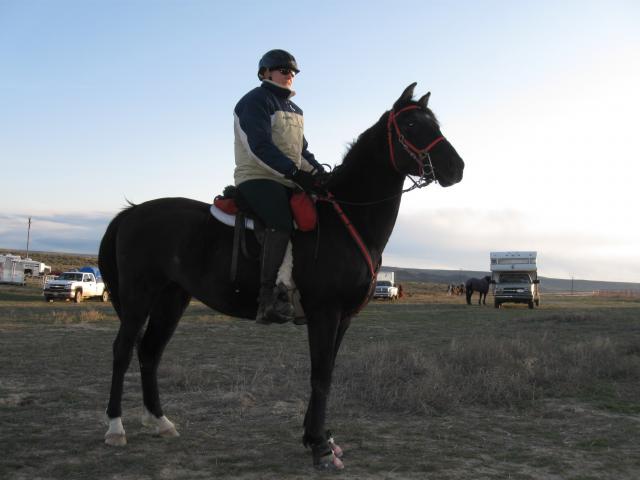 Darlene Anderson and her mother’s horse, Pasha, on his first ride ever. You can tell the Gloves are mine due to the hot pink power straps!

It was pretty freakin’ awesome to see the amount of boots at this ride! While it didn’t compare to the high percentage that we saw at the Dynamite Dash in North Scottsdale, Arizona, it was good for a Northwest ride!

The first two loops were awesome! We cruised along at what will hopefully be our 100-mile pace. 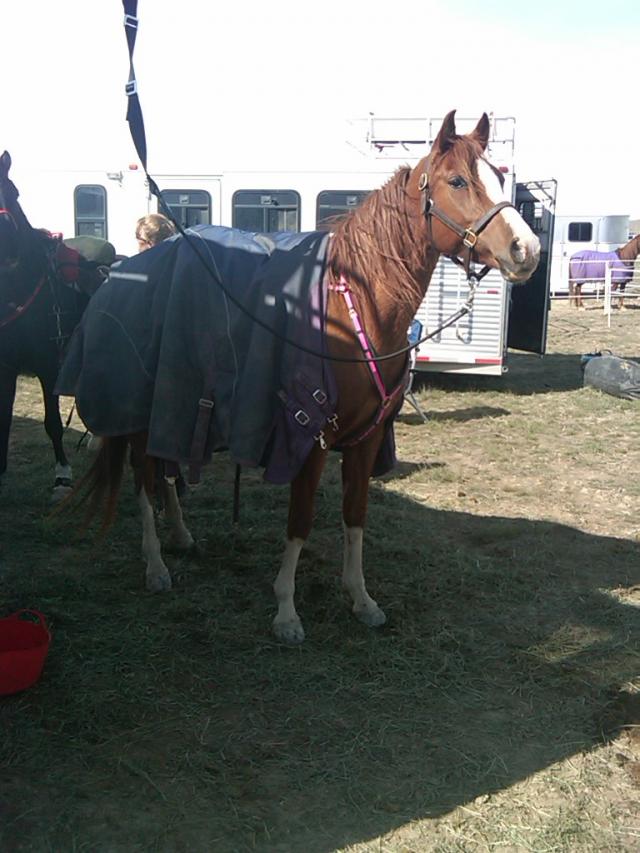 I think this was the first vet check. Check out that HiTie!! 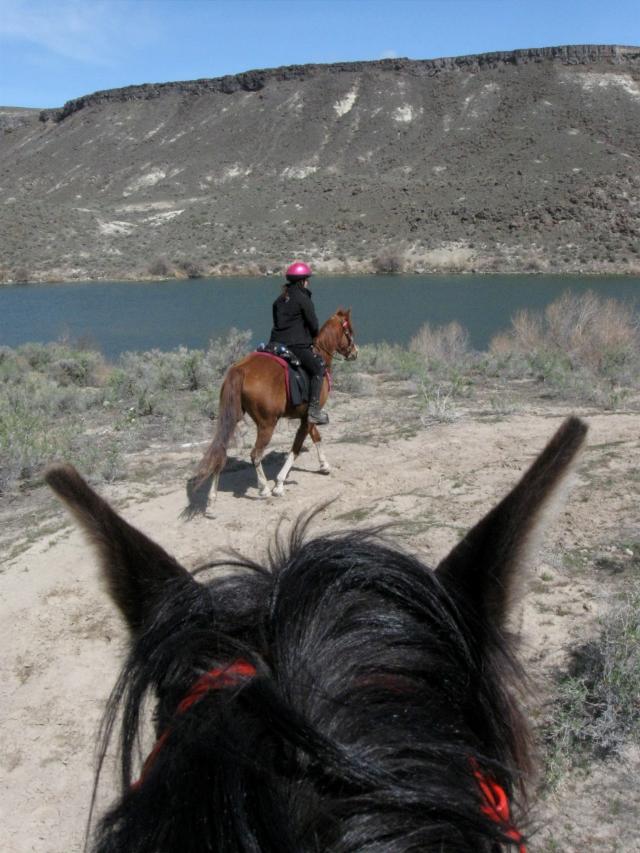 Second loop, along the river. I NEVER tire of this trail! 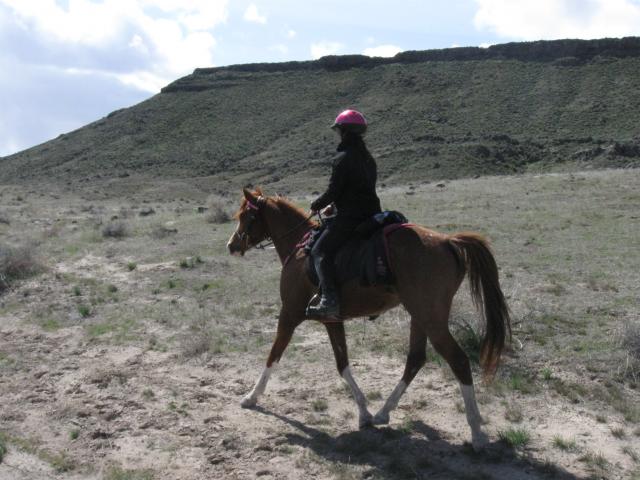 So here we are, 43 miles into the ride, cantering down a long gravel/dirt road, ponies feeling fresh, the sun (oh the SUN!) on our faces, the wind at our backs and I feel the dreaded step that I immediately recognize as a lost boot. I pulled Replika to a walk and my friend had stopped to pick up my boot. It was the right front, which was the second of the pair that I had applied. I found it interesting as I took the remaining three boots off at the trailer that the right hind was also loose. Not to self- don’t shortcut!! No worries, I pulled out my Easyboot Glove and slapped it on before she even reached us with the shell. 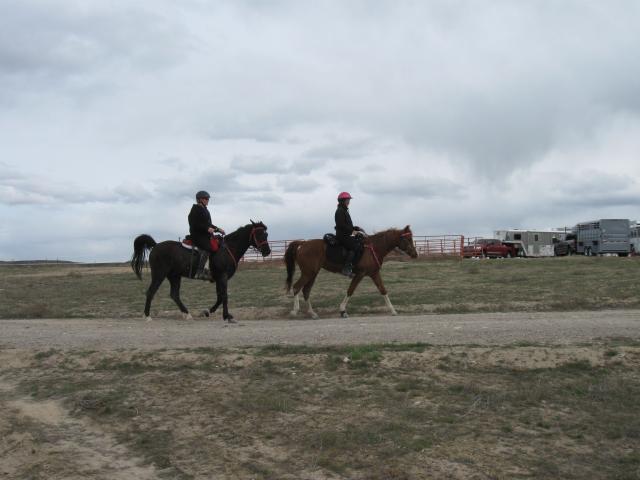 Finishing the ride before the blizzard hit! You can see my spare tire on Replika’s front left.

We finished the ride in fine form, making 550 miles in Easycare Boots, despite an eventful day! Thankfully the weather held out all day and Replika’s babysitting gig turned out to be great fun for all of us! Moral of the story- trust in your gut instinct, power through the storm and have a rockin’ good time!!!!
~ Amanda Washington
SW Idaho