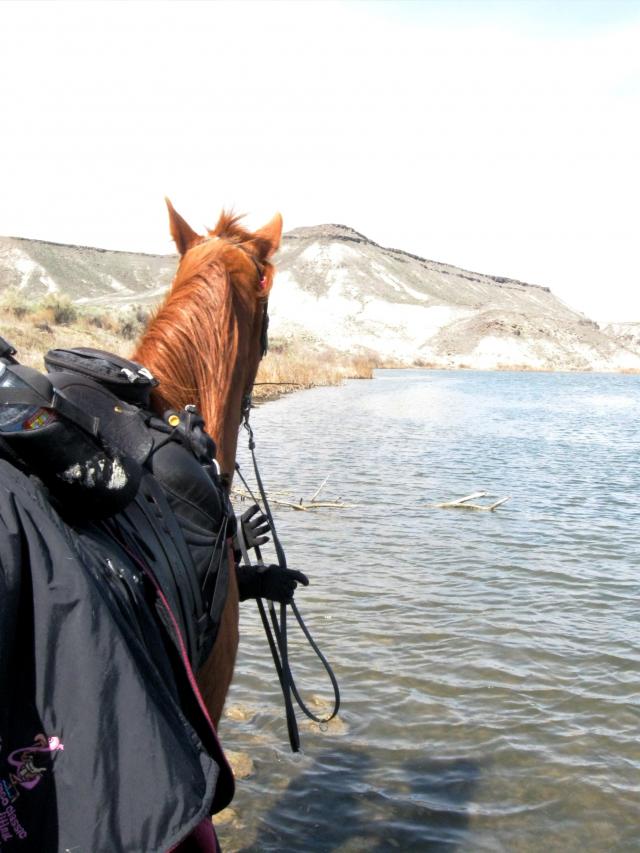 Replika gazing across the Snake River at the Tough Sucker ride earlier this year. We will be riding along this river on Sunday, only much further down. I can’t get enough of these Owyhee rides.

I am leaving Thursday morning for the Owyhee Fandango Three Day Ride. After careful thought and consideration, I decided to go for the 80 or the 100 on Sunday, instead of riding all three days, which I love doing. I figure it’s time to move up distances, and even though it causes me to sacrifice the previous two days of fun, it will be a great trail and I am super excited. 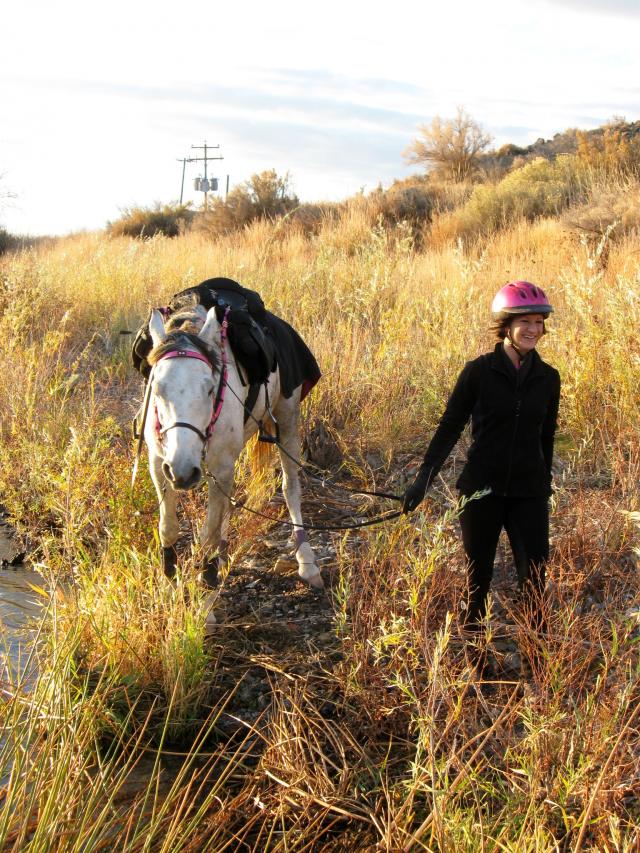 Leaving the river last year after a long drink on the Halloween ride. It’s beautiful spring, summer and fall.

I plan on gluing my Easyboot Glue-Ons with the new Goober Glue, most likely on Thursday, while at the ride. Of course it is planning to pour on Thursday so that might get bumped to Friday, we will see! It will be my first time applying boots at a ride, I usually do it at home during the week before, but this week just won’t allow it! Truthfully I desperately needed to get my hair done and the only appointment available was in my glue-on spot. Hmmmm. Hair won! Hope it’s worth it!! 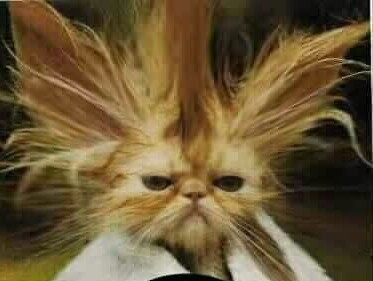 I know it’s bad when I can’t do anything but a pony tail for a week. Oh, and it’s orange, much like the picture above.

I have been asked by numerous people recently why I choose the Goober Glue over Vettec Adhere. I am not discounting the Adhere, but honestly I probably wouldn’t be gluing boots if I didn’t have the option not to use it. I hate the lightning fast set-up, the numerous tips used, the fast and furious nature of gluing on boots. I hated the fact that I obsessed about getting it on the sole of the boot, on the heel bulbs or wadded up in the front of the boot where I might not be able to fully set the toe and cause tendon strains due to a poor break-over. I want to stress that these are *my* issues, and not the norm for those using Adhere. I watched Garrett apply boots with Adhere at the Dynamite Dash in Scottsdale, Arizona, over the winter and noticed he didn’t have any problems! Of course practice makes perfect but I just struggled so much with the gun and the fast set time that I was frustrated and discouraged. I think it’s a personal preference, and I prefer to laze my way through the application and don’t mind the waiting around for the glue to set. I am excited to watch The Bootmeister himself apply boots at the ride- you can ALWAYS learn something from watching someone else work. Heck, I might even help.

I hope everyone has a fantastic Memorial Day weekend. Not to be bossy but get out and ride!!

Life Doesn’t Come With Instructions, But Easyboots Do!