Not being a morning person, the idea of starting an endurance ride at 7 p.m. sounds about perfect to me. On the flip side, starting at that strange time completely messes up your pre-ride protocol and you find yourself wandering around aimlessly, trying to figure out what you’re supposed to be doing.

Uno would be wearing Gloves all around for this event, and while standing in the vet line I noticed with a little anxiety that his back boots weren’t fitting as snugly as I’d like. So with 30 minutes to the ride start, I rasped off a bunch of toe to get a better fit. He could probably use a pair of PowerStraps back there too, but despite this he never had a moment’s trouble with his boots all night. I was glad for the concussion-protection on some of the endless hard-packed dirt roads, and to not have to worry about him hitting rocks underfoot in the dark.

This is the second time I’ve ridden the NV Moonshine ride and on both occasions it has been a blast. This time around I was lucky enough to spend nearly the whole ride with Connie Creech and her fun mare, Breezy who was wearing EZ Boot Classics. Our other riding partner was Bobbie Wong and her old campaigner Bold Letice who after a couple of year’s vacation is returning to the trail to try and get his 5,000 miles at age 20. TC, as Bobbie calls him, is one cool horse and wonderful to watch going down the trail (and stuffing his face at every opportunity). 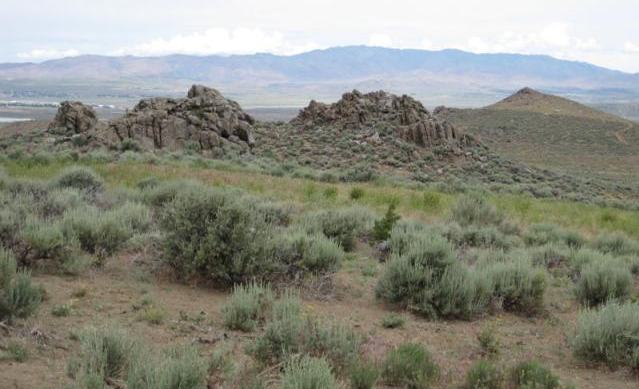 The NV Moonshine ride consists of two loops – you do larger Loop 1 first, starting in the daylight so you can get your riding legs underneath you. This was just as well as Uno was somewhat squirrelly at the start and having a hard time focusing on what he was supposed to be doing. Starting out on your own is *harrrd* and he made one attempt to take a shortcut back to camp by diving into a small ditch, followed by lots of rushing, stopping dead, and looking around him. I was relieved when we finally got going properly behind some passing fast riders and was able to catch up to Connie and Bobbie.

By about half-way around the loop it began to get dark and that was the worst part of the ride, visability-wise – when the west horizon is still a little light and the moon is still quite low so there was very little contrast on the trail. We hit this point when Breezy (a grey) was in the front speeding down a narrow twisty sand wash. I watched her fuzzy shape for dips and ridges while Bobbie followed my yelping as Uno dropped into holes or hopped over rocks. Needless to say, the horses see a lot better than we do at night, so the main thing is to sit tight and try to stay balanced. Sometimes I’d loosely hold onto one of Uno’s braids to keep me centered. Travelling on a side slope was particularly challenging – he went up and I went down and nearly fell off the side. 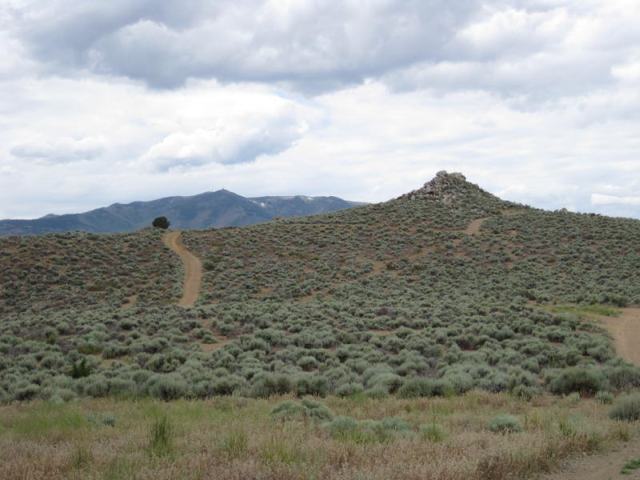 The NV desert in this area is mostly low-lying sagebrush, with some occasional pinyon pines. The lack of branches to duck under is a plus in these conditions. They’ve had more rain late in the year than usual and there was still a fair amount of bunch-grass beside the trail – much to Uno’s satisfaction. He discovered these while it was still light and continued to find them in the dark late into the night.

We finished Loop 1 in a little over three hours and came in to the vet check for a quick 20 minute hold. This gave me just enough time to stuff some food into me, refill my water bottles, and chat with Patrick about the trail markings.

Patrick had gone out on his dirt bike around 7 pm to mark the last few miles of trail, yet by 9 pm when the front runners came through, someone had already removed the glo-sticks and scuffed over the white lime markings on the ground <grrr>. So ride manager Crysta Turnage and Patrick had to go out again (in a two-wheel drive truck in the sand – brave souls) to remark and re-glo the trail. Just in time as it turned out – we came upon them on the trail at a critical turn which we would likely have missed. 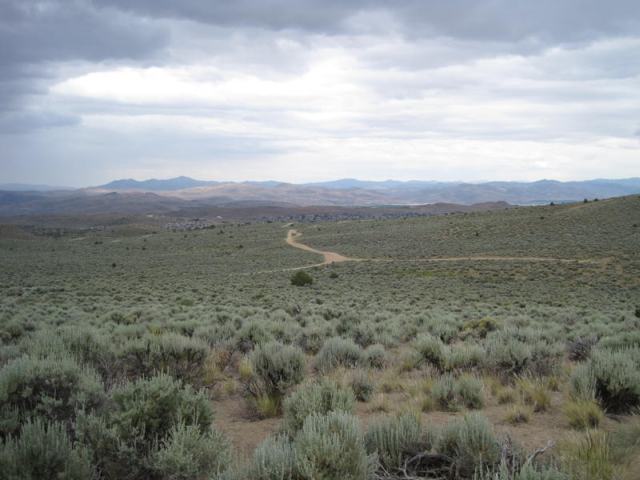 Loop 2 was the smaller loop and we really hustled this one. The moon was up, bright, and full and the horses feeling relaxed from their quick break. Apart from one section of relatively deep sand, the footing was good and we were able to move out very well.

Back to camp for an hour hold – much better – more time to get things done. I checked over Uno’s rear booties for trapped sand, flipped down the gaiters on his EZ boot Gloves (there was a small amount of grit in there, but nothing major), and made some other minor tack adjustments. I left him tied to Connie’s trailer next to Breezy so he could concentrate on eating rather than gawping around as he had during the first hold, while I went to the trailer to find something to eat and refill my water bottles again. It was warm enough that I’d been drinking a *lot*. The temperatures had been in the 90s during the day, cooling off to the 60s at night and up until this point I’d been riding in a light sunshirt. It seemed a little cool once we stopped in camp, so I slipped on a zippered-fleece.

At 12:30 it was time to leave again – back on the same large Loop 1 except this time we would be riding it counter-clockwise. This meant that both riders and horses had some idea where they were going and all three horses seemed quite cheerful leaving camp for the last time. I wore the fleece for about ten minutes before starting to bake again and having to take it off.

Having heard more stories of trail-marking sabotage we were careful to check every turn for footprints and lime marks but it didn’t seem like there had been any further tampering. The lime glowed bright in the dark and the trail of green light-sticks led us through the night through the washes and winding up the hillsides. There is one cattlegrid on the trail that we had to navigate around, but the NV Moonshine trail markers had been out in force and this hazardous spot had UBER-markings – lime tracks that you could have seen from space. On the south end of the loop we were able to look down off the mountain towards the lights of Reno. We also saw some of the best shooting stars I’ve ever seen – they looked like fireworks. 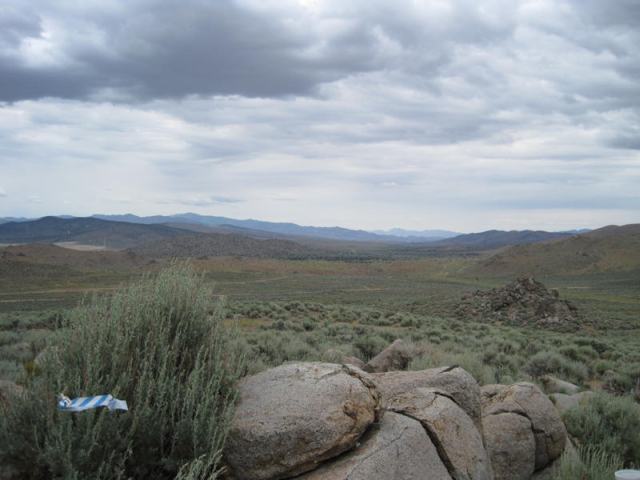 Contrary to what you might think, Uno, seemed more relaxed in the dark than in the daylight. He worked hard all night, trotting endlessly along the dirt road sections, even giving me a bit of attitude around 2:30 a.m. when we caught up with some other riders at a water trough and he thought we should follow them when they left, while I insisted we stayed and ate and drank a little.

The long sections of dirt road meant that we could *really* move out in the dark… not that it really was dark. At times it seemed bright as day out there and I was glad for the big sun-visor on my helmet to blot out some of the moon’s brightness overhead. Around 2 a.m., it was so light out there was a bird off the side of the trail chirruping away merrily to itself. Hello? it’s *night*time?

We were moving along well. Caught two horses at one water trough; four horses at the next; and when we got to the third trough, there were six horses there! Good work, guys! At the 3 a.m., though, it suddenly got cold again and on went the fleece… only to come off again five minutes later. Uno decided it was time to be done (and I had to agree with him – this was the most extended trotting either of us had done and I was feeling it), so he got in the lead and set off down the trail, taking over from Breezy who’d been leading us most of the way. Breezy has a super-walk, so whenever we would slow, she’d take over the lead again. The last downhill trotting in sand got the job done and we came across the finish line a few minutes past 4 a.m.  Apparently we were only an hour behind the winners and came in mid-pack, time-wise.

As I got Uno ready for bed, the eastward sky was starting to lighten and I watched my pony happily gobble down two pans of slurpie mash (including the one laced with <spit> electrolytes). He’d just done his first 75 mile ride two weeks before and just took this ride in his stride, so I couldn’t be prouder or more pleased with his progress. This extended night-ride has also given me confidence about his likely performance at Virginia City 100 in September (<fingers crossed>).

The only *bad* part of this ride is the insistence that the breakfast (yum) and ride awards be at 7:30 in the morning – when I’d only been asleep for 2.5 hours. My body was complaining about the continuous trotting and my mental prowess was at an all-time low – evidenced by Connie asking me if I could sign her EZ Boot Contest form and me looking at her blankly when she said “Aren’t you doing the contest as well?”. 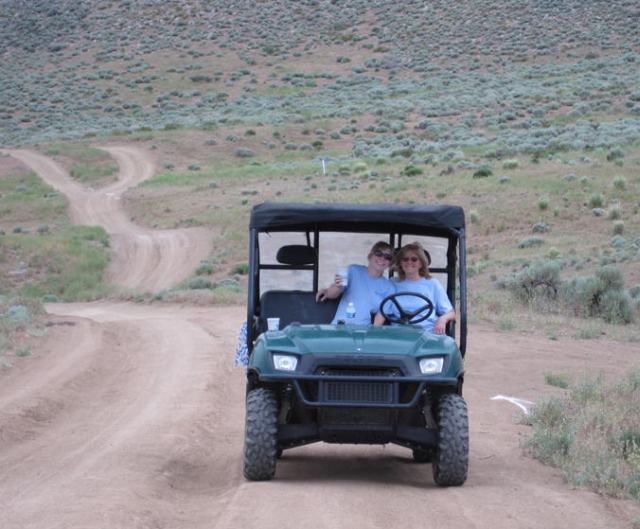 Completion awards were mini-lunch coolers (excellent!) or saddle first aid kits, and the main awards were donated by EZ Care – four sets of EZ Ride stirrups and four Stowaway saddle bags (an assortment of styles and colors).  First place on the 50 (Kim Mileo), Best Condition (Pamela Stalley – heard saying to her daughter “Pick what you want – you’re going to steal if from me anyway”), and Horse of Excellence (Curtis Hutchinson) all got to pick an item. The rest of the booty was raffled off, along with some signs made by Crysta’s mom. 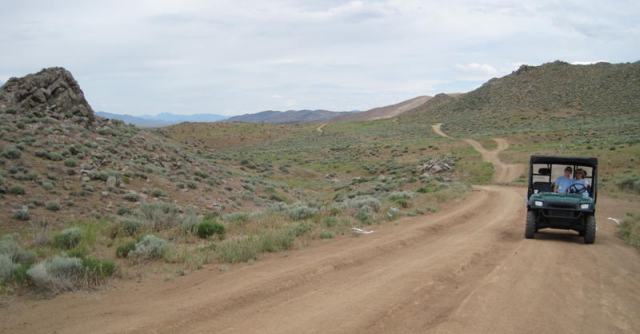