Just getting to the ride took huge support from family and friends and for that I am so thankful. This was our first ride back after yet another deployment and five months off for the mares. I was traveling again for the two weeks prior to the ride and would not be back to Reno until 10 pm Friday night. Going to this ride was quickly going into the too hard pile.

Even though the trailer was already packed and ready to go, the thought of getting home late, loading up and getting to camp just hours before the start was a little daunting. When my husband said he would drive the trailer and horses to camp for me I knew I could not turn down the offer. I told my riding partner Lucy and she said she would be on the look out for him.

When Thom picked me up at the airport he was still in amazement at the support he recieved upon arriving in camp. He likened it to having a Nascar pit crew, people were everywhere taking care of everything.  Before he was even out of the pick up the horses were unloaded, hi-ties up, hay bags hung, water buckets filled and horses groomed. He was really touched by the display of friendship and support. Huge thanks to Lucy, Renee, Russell, Carolyn and Dave and everyone else who made this possible. Endurance riders really are the best! Thank you all so much. The icing on the cake, though, was that Dave Rabe got May’s boots on for me so I did not have to do it in the dark when I got in. 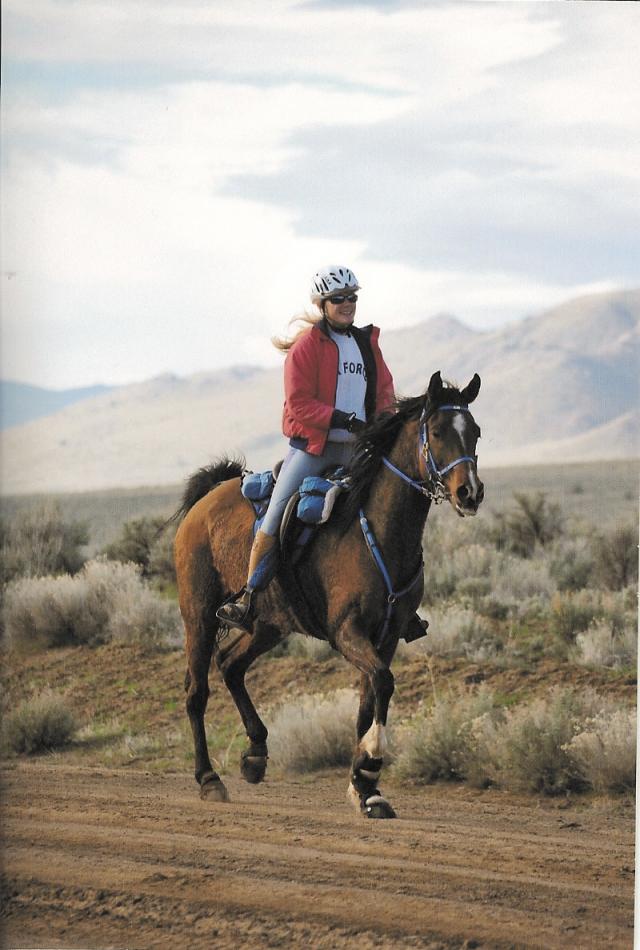 Last year, Lucy and I finished the Triple Crown with Uno and Fancy. Of course we have to try again and this year will be May’s turn. She is the younger of the sisters and has had quite the life already. I got her at 18 months old and nursed her through nasty photosensitivity burns from an allergic reaction to alfalfa pellets she was being fed. Every white part of her was blistered and had to be treated for several months. This included all four legs. She healed up fairly well with only a little scarring but it left her terribly prone to scratches. Although she is smart and brave, she is also sensitive and a little emotional. So working her through the initial training years was a challenge at times.

One of our biggest challenges was figuring out how to make boots work for her, especially where gaiters were concerned, as any small rub resulted in huge nasty sores. After much trial and treatment we found that white vinegar and water was the trick to preventing the scratches and getting them to heal quickly if they did get started. Then we added in neoprene cuffs under the gaiters (thanks again Lucy and Leslie for the hot tip) to prevent any rubbing. We had a really great season last year without one episode of scratches and no rubs, YEAH!

This year we have Gloves with the more contoured gaiters that were introduced last year. In all the rush of the morning I had forgotten to put the neoprene cuffs on her. But with the softer gaiters it turned out she did not need them. Dave had the boots on beautifully – which is a challenge with her foot shape. Checking the gaiters regularly throughout the day, we never saw any issues. At the end of the ride I took a chance and washed her legs with just water since they looked so good.  She had no scratches at all, it was amazing. So we are really loving the softer gaiters.

The three of us who were “gloved up” had a wonderful day with no issues.  What a great day all around! 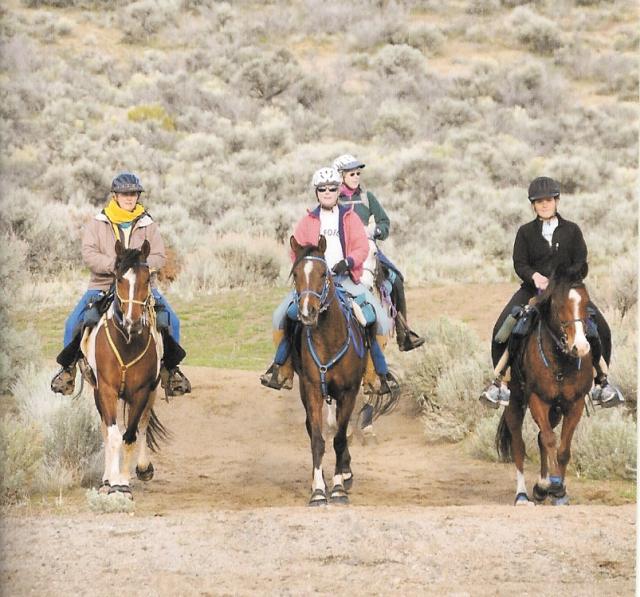 Day two was Fancy’s turn. Renee and I decided to ride out together. Her boy, Little Bit, was on day two and it was Fancy’s first ride back with minimal conditioning since I got home so we had a long, slow day planned. If only the horses had agreed to the plan! To say they were full of themselves would be an understatement. That first 20 miles was like holding back a rocket ship. Solid vet scores and a much-needed rest for the riders and we set out again only this time on much calmer horses. They paced together very nicely for the rest of the ride and once again we had a perfect boot day. 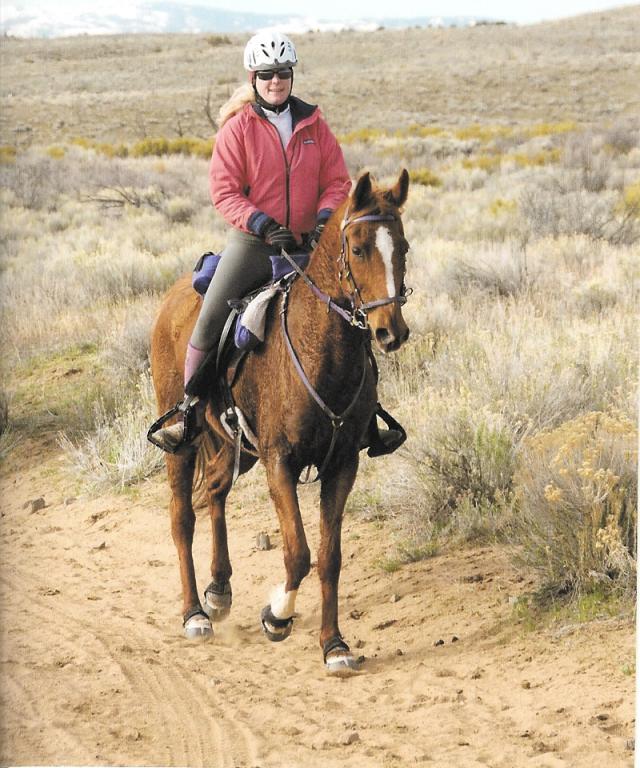 Unlike May, Fancy has feet shaped perfectly for boots. The Gloves fit her so nicely it is easy to forget about them. Since the pair that Fancy used were from earlly last year, they had the original gaiter so I used the neoprene cuffs to prevent any rubbing. She has never really had any issues but it is such an easy preventive tool I just do it. I am really pleased with the way the Gloves are wearing. They don’t wear out fast so we get a lot of miles of them which is nice. We are lucky to have lovely sandy footing in our training areas so I tend to be a bit lazy and ride barefoot more times than not.

And so it came to an end. A really amazing weekend made possible by my wonderful friends and family. NASTR really puts on great rides, first class all the way! Even though we did not get to use the “good” trail this year due to snow in the hills, it was still a nice ride. The back-up trail incorporates mostly roads which can get long and boring but having really wonderful company to share the day with makes up for all of that. Thank you to everyone who made this ride possible for me. It is really good to be home!