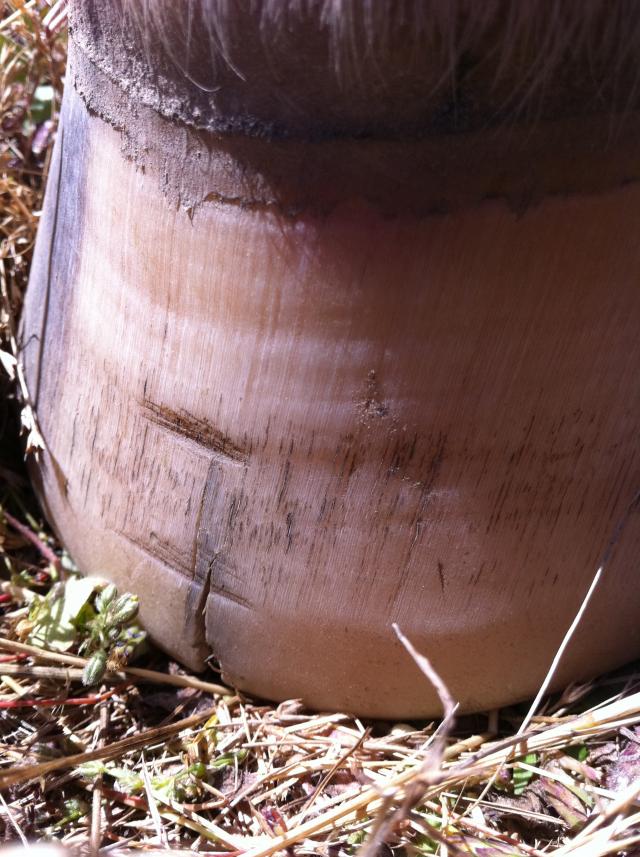 I was a little worried back in May when this nasty crack appeared on Czeale’s right front hoof.

It seemed to pop up overnight and though he wasn’t lame on it, it appeared to go pretty deep into the hoof wall. My trimmer Rachel is pretty conservative, which I like, and we talked about the various alternatives.  I also consulted Team EasyBoot 2011 and most people advised me to trim that hoof back aggressively. Rachel and I were both a bit wary of making Z sore with a really aggressive trim, so we tried a more gradual approach. She trimmed the area back to distribute the weight off the area of the crack and encourage more growth, and every week I also rasped off the area. After the first big trim I soaked his hoof in HoofTrax for 45 minutes to kill any nasty bacteria that might be trying to get up into the hoof wall. We kept watching the hoof all spring and summer and while it never got worse, the improvement was very gradual. 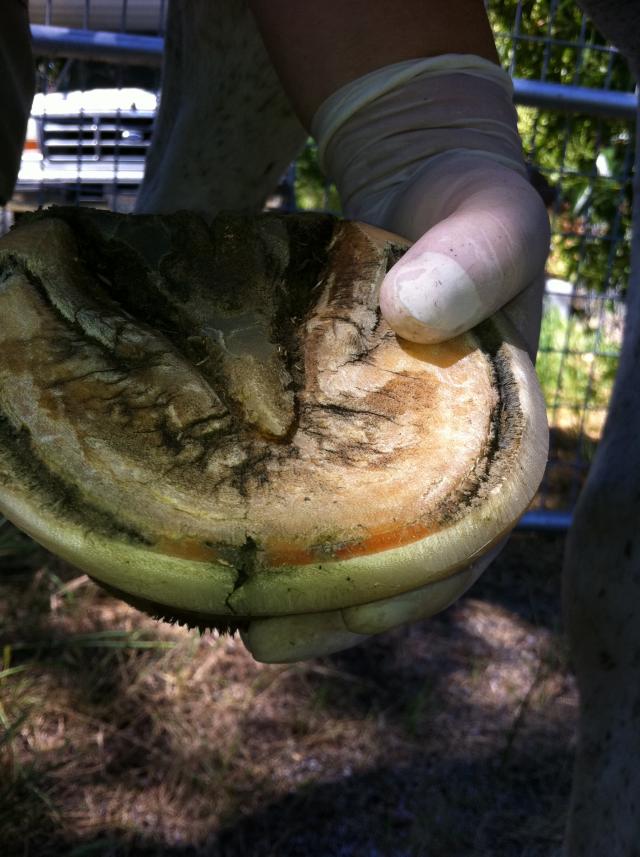 He never seemed uncomfortable on it however, so I wasn’t too worried.  I remembered what my farrier used to say – that cracks from the ground up (grass cracks) were not anything to worry about, but that cracks from the coronet band (sand cracks) were. This was definitely a grass crack, and probably caused by the crazy excessive moisture in the ground this year due to all the rain we had in the never-ending spring of 2011.

I still didn’t like it though and wanted it to go away. Back when my horses were shod in steel shoes, the shoe would conceivably hold the hoof wall together and prevent a crack from getting worse.  With Czeale barefoot, I was worried that the crack would spread as his hooves hit the ground as he ran about in the pasture every day. Riding him, he would at least have the support of the Glove, and during endurance competitions, I figured the Glue Ons would be great for the crack, as the glue would really hold that hoof wall together. I kept taking him to rides and he had no problems, but that crack was stubborn.  It was there when he was booted for Tevis, but then, less than a week later when I pulled the boots off, it was gone!  There was a tiny trace of it, but clearly the hoof wall grew a lot in response to all the pounding of the long ride. There is still a small trace of it on the underside of his hoof, but it doesn’t penetrate the wall anymore and I’m betting that in one more trim cycle it will be completely gone. 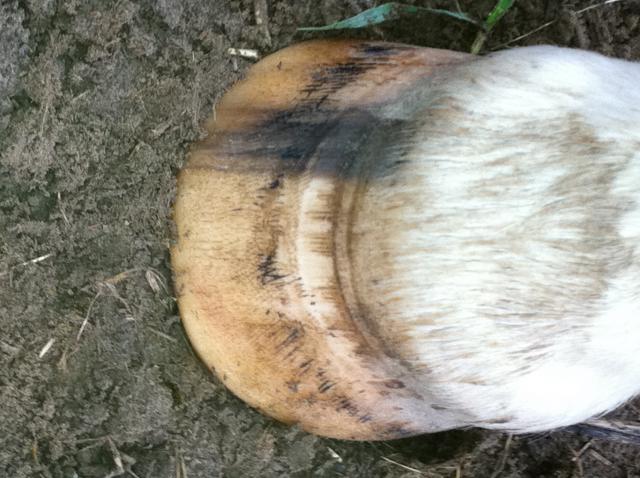 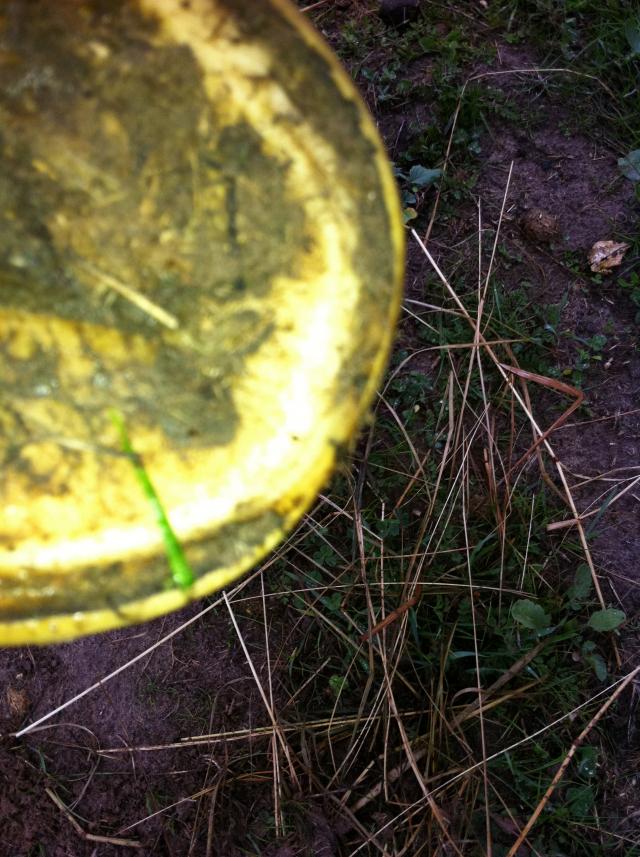 So my solution to grass cracks is: trim as aggressively as you are comfortable doing, and keep riding. It will grow out, but it may take several months. As with so many things, patience and persistence are key.