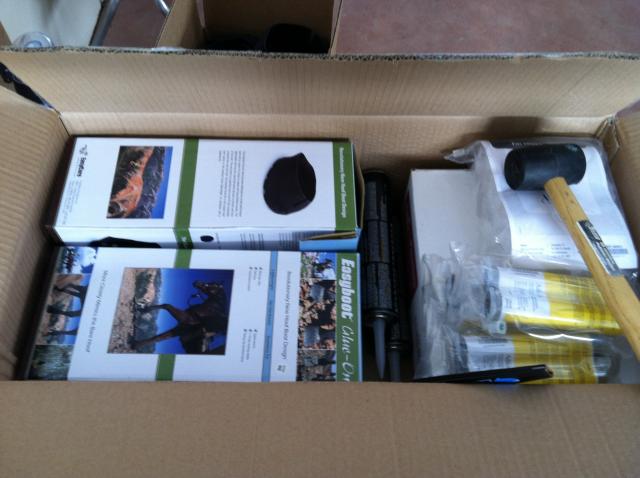 Last week, I had the wonderful opportunity to learn how to glue on boots courtesy of Rusty Toth. This was an amazing learning experience and although I was familiar with the gluing protocol, there really is nothing like hands on learning. Lesson number one is gluing can be a messy ordeal. Wearing old clothes and using plenty of non-powdered latex gloves are absolute musts. Preparation is also important. In addition to the Easyboot Glue-On boots you will need: a rasp, a wire brush, a rubber mallet, Sikaflex and a caulk gun (one tube will glue approximately 6 boots), Adhere, a Vettec Gun and Mixing Tips (one tube will glue approximately 4-6 boots), and a heat gun. There are three main components to gluing on boots: 1) preparing the hoof, 2) preparing the boots, and 3) applying the boots. Although gluing can be done solo, in my opinion it is really a two person job. If you are new to gluing I highly recommend working with an experienced mentor. 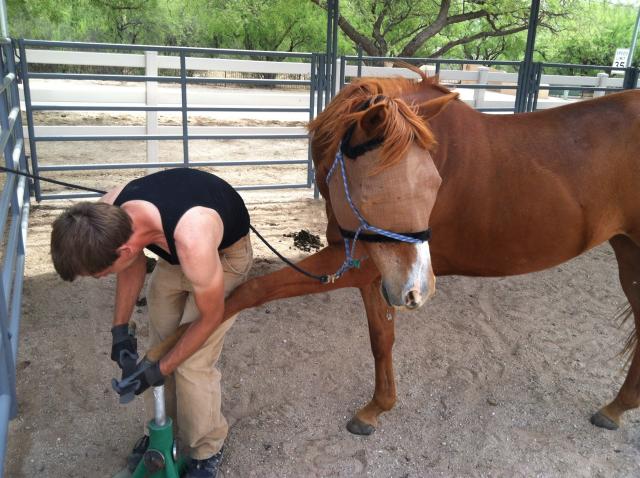 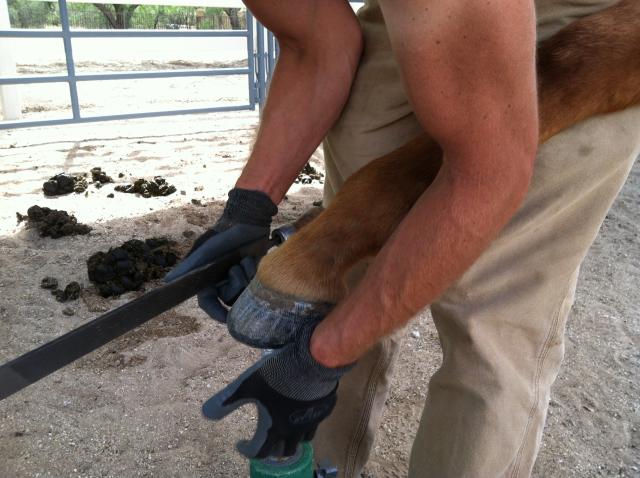 Ready to Glue.
Preparing the Boots 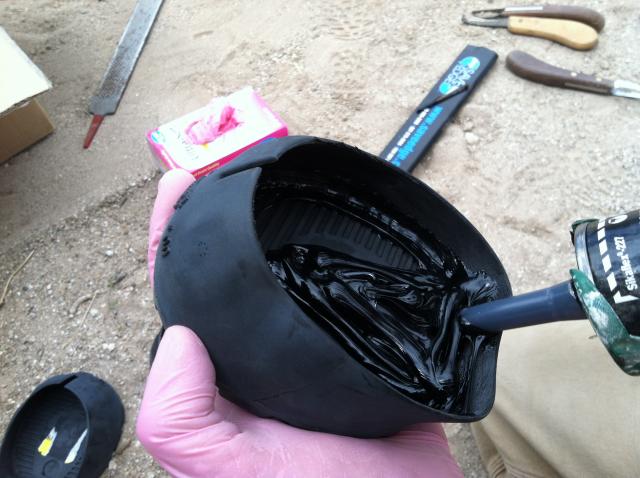 Sikaflex is applied along the bottom edge and in the frog area. 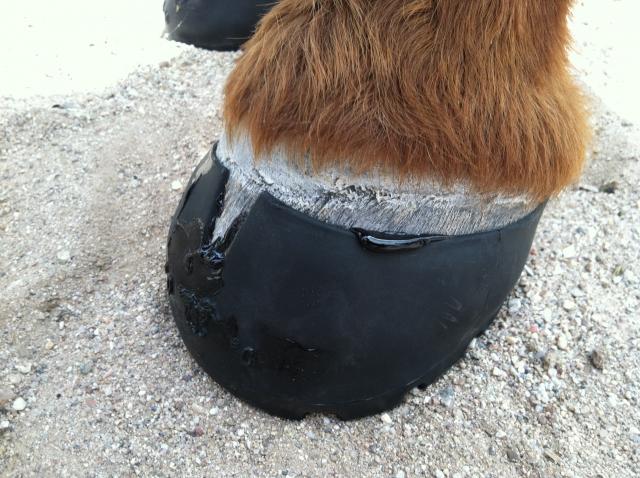 My first Glue On! (In all honesty it’s my fourth…Adhere ended up on the fetlock on the first three). 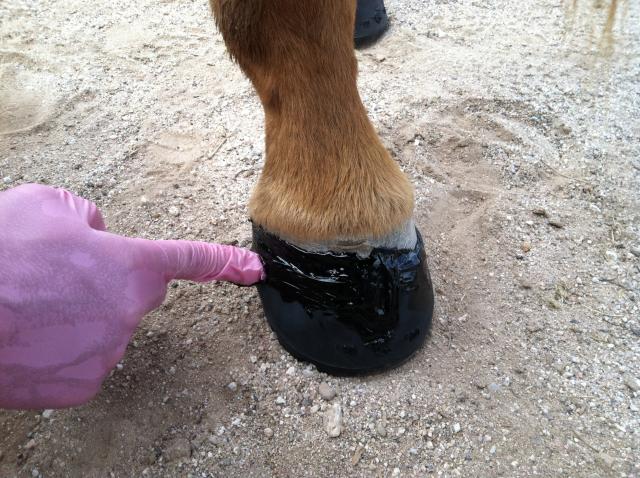 The gluing protocol is not difficult but there is a technique to it and practice makes perfect. Rusty had a few additional tips to ensure that every gluing is a success: 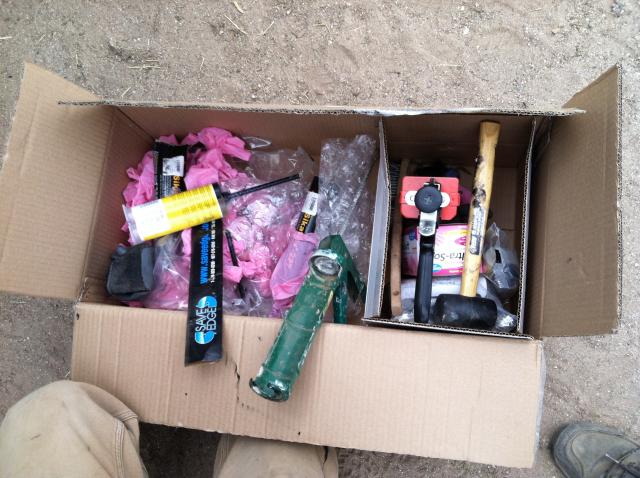 Many thanks to Rusty for showing me the ins and outs of gluing boots!