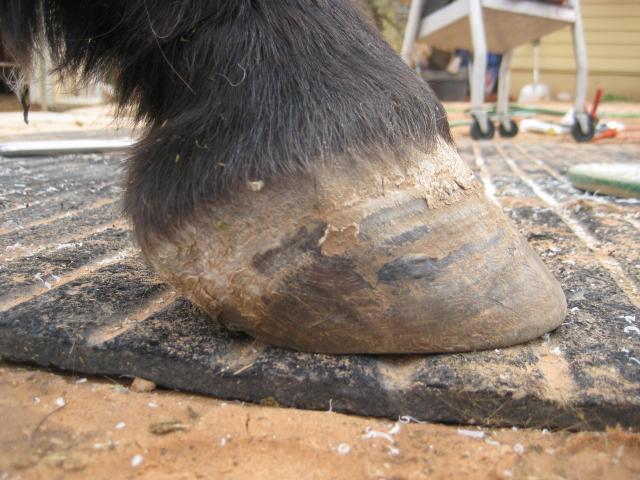 Springtime trimming can mean uncovering the past winters secrets. During the spring months, horses hooves grow about twice as fast compared to the growth we see in the middle of winter. Sometimes hooves can grow so fast, that the dead sole does not get shed, even when the horse is ridden bare over rocks.

The hoof above is scheduled for a trim.

Previous trim 5 weeks ago. Horse was ridden about twice a week, always bare, without any protective horse boots. Footing was sandy with rocks. On first sight it looks like low heels, maybe underrun, toes somewhat long. Let’s examine that sole a little closer. 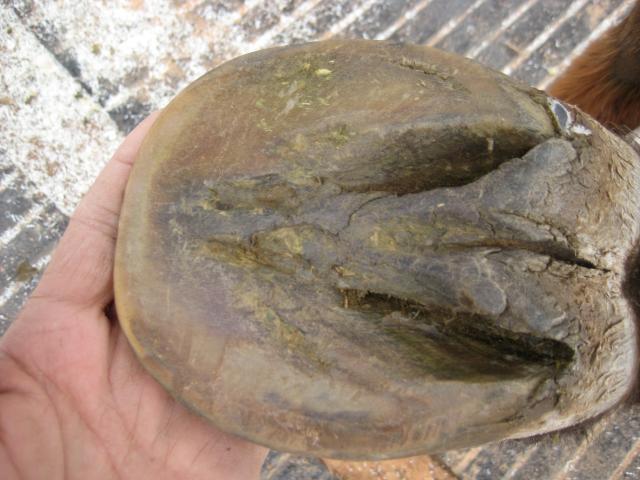 Heels now look high, grew forward quite a bit. The sole looks polished and like live sole. The front part of the frog has grown together with the sole. 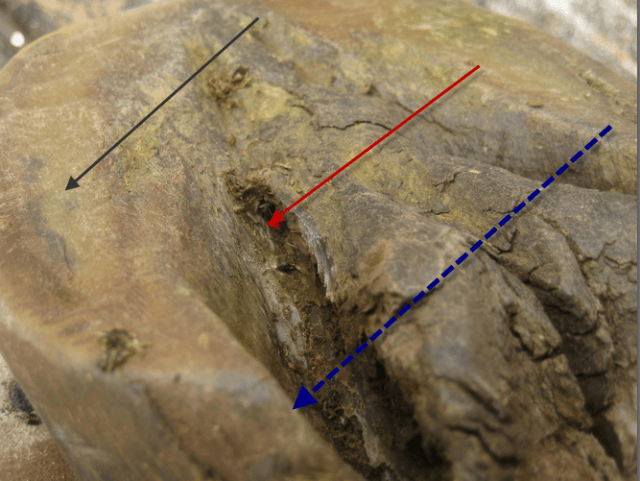 The collateral grooves have  disappeared in the front third of the hoof, but soil and water have found a way below that overgrown part (red arrow). Notice the heel height again (blue arrow) and how polished the whole sole appears, just like live sole (black arrow).

It is necessary to open the collateral groove and break the adhesions from the tip of the frog to the sole. Bacterial growth could fester below. The frog cannot function properly when grown into the sole. 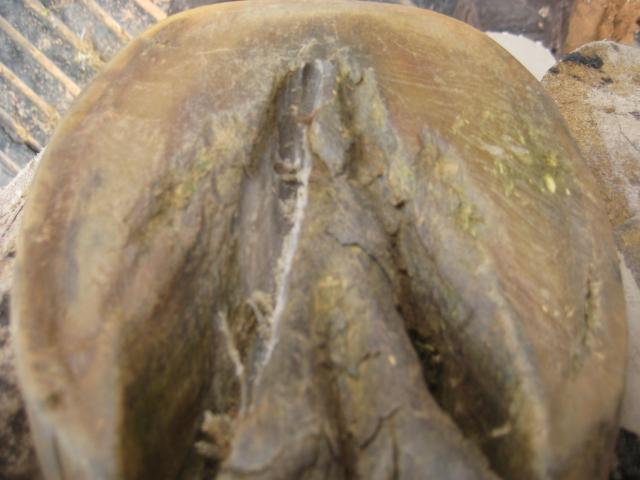 The visible sole looks like the live sole, yet, when evaluating the whole picture, it just doesn’t seem right. The sole is way too thick, the bars are mostly straight, but appear too high. I’m suspecting a false or double sole. 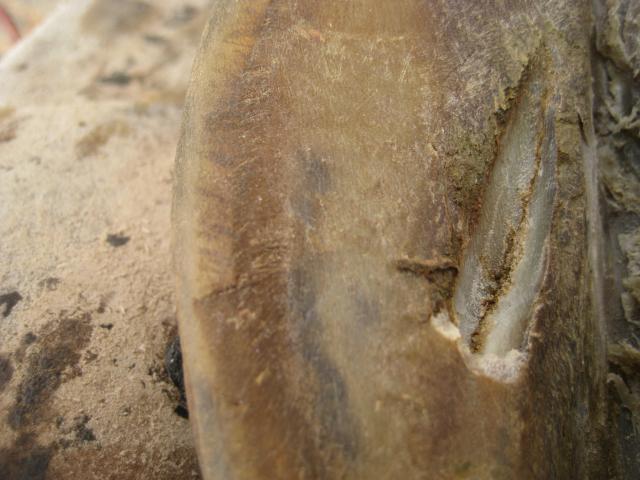 Exploring between the sole and the bars with the hoof knife, it now becomes more obvious. There is a visible separation between the bars and the sole. Possibly a  bacterial invasion. Confident that we are dealing with a false sole, I start lowering the heels in increments to the widest part of the frog. It looks like live sole, yet we are still far away from the actual live sole. 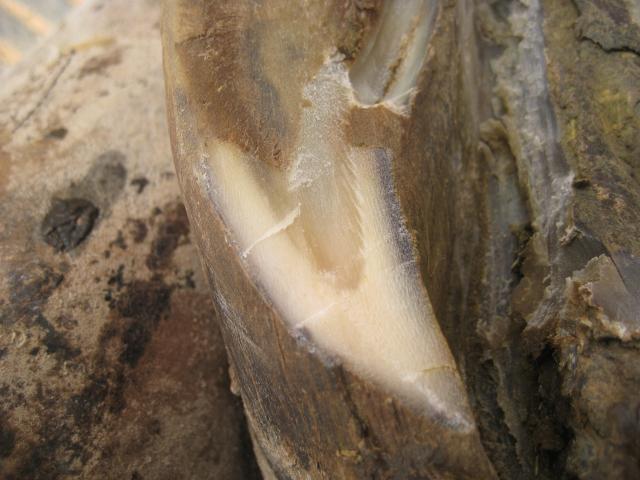 Slowly peeling away with nippers and hoof knife, we finally reach the real live sole. 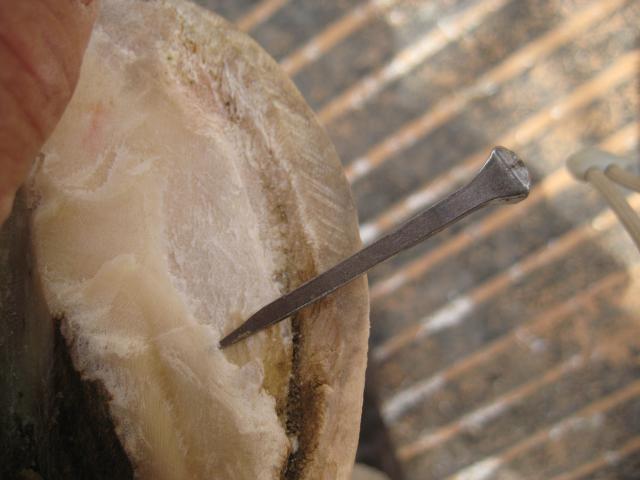 Where the tip of the nail points, there is the separation line.

The chalky layer between is dead sole. Beneath that layer is the actual and true live sole. We can trim the hoof walls then to about 1/8th to 1/16 longer than the live sole. That depends on your preference, some of you might want it trimmed to the same level as the live sole or even let the sole protrude some. I will not get into the middle of that discussion, there are just too many real strong opinions out there and I’m sure all of them are based on some good reasons.

A valid question, however, might get asked: What’s wrong with a false sole, can we not just do true Natural Hoof Care and let nature take care of it till it wears or falls out on its own? Here are some possible detrimental side effects when failing  to remove the false sole:

– The hooves will be getting too long, increasing breakover and compromising their ability to support the skeletal structure

– Bacterial invasion with considerable damage to the sole and frog

– Bruising of the live sole through the harder false sole, the horse might come up lame

– White line separation, because the long bars and false sole are pushing laterally against the hoof wall from the inside.

If in doubt, consult an experienced Hoof Trimmer or farrier. Always remove hoof material in small increments and take your time. You might be wrong. I certainly have been sometimes.