Lil’ Rick ran her second race since being given her very own pair of EasyBoot Epics and going sound on her feet. I am still trying desperately to understand the sport of thoroughbred racing and the difference between one type of race (ie a “claims” race) and another (ie a “starter”). However, what I can tell you is that after winning her last race, Ricky was moved up to a more difficult level for her next race. For sure, the horses ran much faster than those in the previous race. In addition, this race was on the turf instead of the dirt. 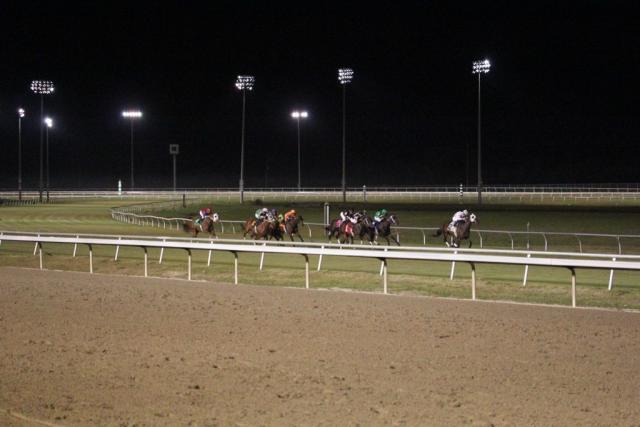 Several days before the race, shoers came and glued metal shoes on Ricky’s feet. Although I am still disappointed that we must resort to metal shoes (for traction), I was thrilled to see that the shoers did not take nippers or knife to her feet, gluing the shoe to the exact foot I left for them. This “teamwork” is a certainly a big deal; these farriers are actually willing to work with me and my “natural stuff”. I think part of the reason that the shoers and I are able to work together on this horse is because although Ricky has a very defined cup to her feet, they do not have a dip at the quarters the way so many of our barefoot horses do. The lack of a dip allows me to trim down to a fingernail’s length above the sole all the way around the foot, but still have a flat surface for the shoers to place the shoe. 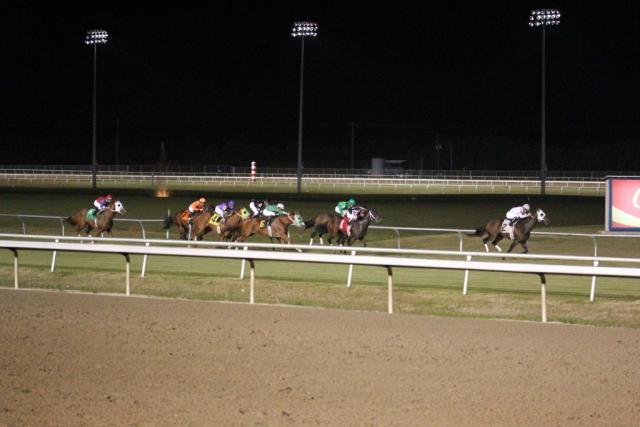 Now running in 3rd, the finish line is so close!

Ricky was feeling good and ready for the greater challenge. She left us all walking proud. 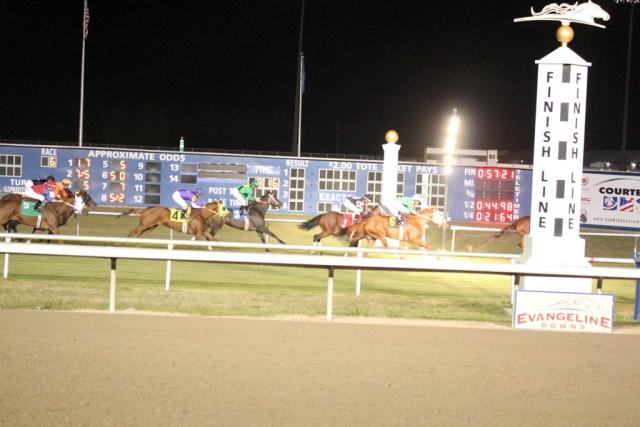 Our little girl may not have won this race, but 4th place was more than we could have asked for as she took on “the big guys”. I say this race was just practice. Maybe next time she’ll be in some EasyBoot Race boots! The metal shoes came off after the race, and Ricky was thrilled to get back into her “sneakers”.