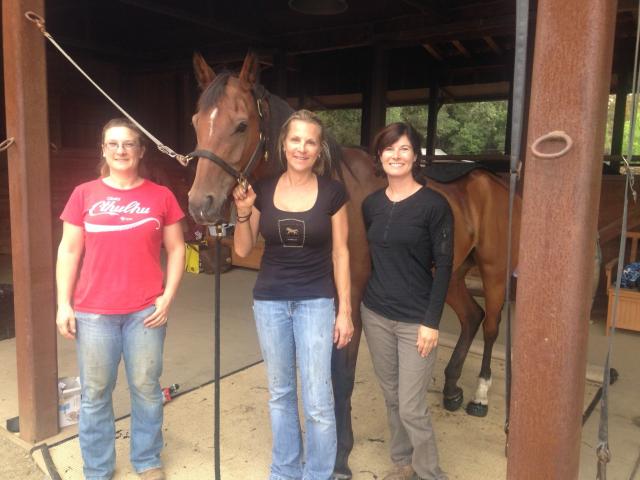 The gun shook in my trembling hands. Sweat began to bead on my forehead. I took a deep breath and closed my eyes for a moment. When I opened them, Stella was gazing at me indifferently. What was I thinking … that I could actually do this? Crazy. I tightened my grip on the gun. Rachel stood cautiously in the background, watching me, waiting to see what I would do … if I would actually squeeze the trigger. Then she held her hands up and stepped toward me.

I signed. “But it’s not just another race. It’s the Tevis.”

I took a deep breath, pointed the gun and squeezed the trigger.

The thick black glue oozed out into the bottom of the Easyboot Glue-On.

There was no turning back now.

This is how Tevis 2014 started out for me. I decided to apply my own Glue-Ons rather than take a half day off work and make the four-round trip drive to the Auburn Fairgrounds to have the Easycare team glue them for me as they had done for three years prior. My success rate glueing my own boots was very high and I was feeling confident about my gluing skills. My hoofcare practitioner Rachel Rezos (Easycare Hoofcare Practioner of the Month for April 2014) agreed to help me, and so I was feeling good about my decision. Until it came time to actually do it.

But first, it started to rain. It rained all night and drizzled most of the following day. I remained wide awake that night wondering how much moisture Stella’s hooves were absorbing and how I would dry them out.

The next morning, suffering the effects of not enough sleep and too much coffee, I was really starting to regret my decision. Rachel talked me down off the ledge. She and I alternated between trimming (Rachel) and applying the heat gun (me)  to dry out Stella’s feet. It worked well. I used fresh glue, not wanting to take any chances by using glue leftover from a previous application. Once I started, the application went smoothly. My veterinarian Lisa Atckison, who was there for a final once-over and FES session on Stella, watched the process with fascination.

Frazzled, but finished. Rachel Rezos, Stella, me and Lisa Atckison, DVM. Note the sissel rug I use for gluing so I don’t get glue on the concrete, and also so I can remain happily married.

My usual riding partner Jenni Smith was riding Kevin Myers’ horse, Stoner, and so she had moved to his camp. I was on my own this year and that took a lot of fun out of the pre-ride preparation at Robie Park. I spent most of Friday afternoon alone with my horse. I was really pleased with how she looked and her typical calm demeanor she was displaying. We would have a good ride together. 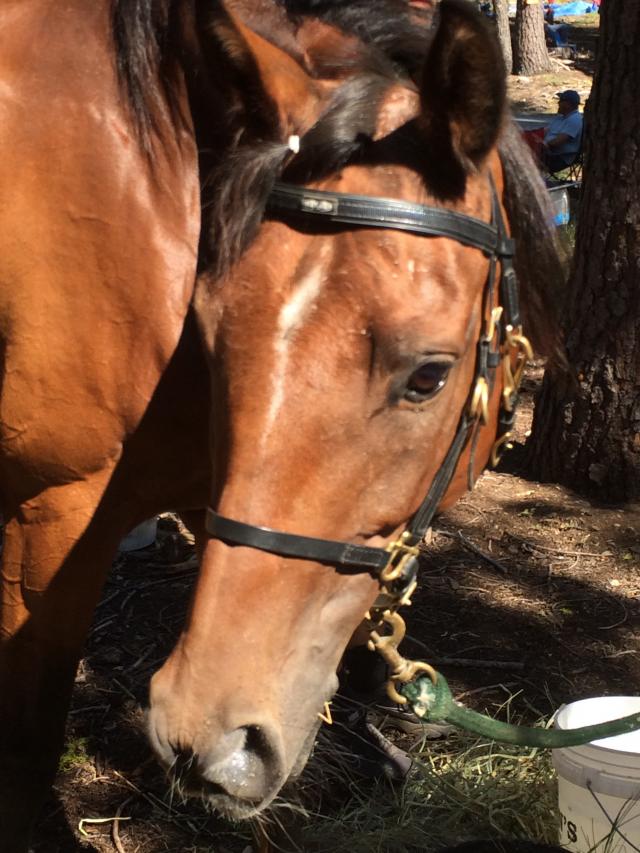 And we did. Stella was all business (and no kicking) at the start. She breezed up Squaw, motored through the Granite Chief Wilderness and flew into Robinson Flat, where she ate and drank her weight. She worked hard to traverse the canyons and felt really good coming up Bath Road into Foresthill. She reached the recovery pulse quickly, as she had all day, and we headed to the vet.

Barry trotted her out for me. She dogged him, as is typical for her, and she didn’t look great. Not bad, but not good either. A little stiff in the right hind.

The vet asked that we return for a recheck. This gave my crew most of the hour to massage the stiffness out of her. Stella loved it and thoroughly enjoyed the break. I, on the other hand, didn’t enjoy the break at all. Getting through the vet check was one thing. But I then had 30+ miles to go and another vet check that I did NOT want to get pulled at–Francisco’s. My stomach was in knots.

I returned for the recheck and Stella trotted out about the same. The vets convened and then gave me that “I’m sorry” look. I hate that look. It meant the end of the road for me. Worse, I had to tell my crew, who had so enthusiastically supported me. They responded with a chorus of sympathy and reminders of how well I had done to that point.

As we silently cleaned up the aftermath, all the “would have, should have, could have” thoughts went through my head. My crew gradually dispersed and Barry started making noise about just going home. I lagged, feeling really sorry for myself and sorry for Stella, who after six years of competing and three prior Tevis completions now had her first pull on her record.

Cleaning up on Sunday was the worst. I kept thinking about all the time, effort and money I’d spent to go to Tevis. All the things I didn’t do because I was focused on training. For what? I was in a terrible funk.

It took me a couple of days to get over it. I started looking at the bright side of getting pulled: I won the 69 miler. I didn’t lose any boots. I was finished before dark. Then I uttered the mantra that just about every rider who’s been pulled from Tevis recites: “There’s always next year.”

This is not the first time I’ve been pulled from Tevis, but it is the that pained me the most. It took me a while to figure out why this year’s pull was such a downer. When I finally did figure it out, I learned a valuable lesson. Last year I finished second. This year is was in it to win it. I gambled.  Had I ridden a more conservative ride, I might have finished. I would not have won; might not have even come in in the top 10, but I would have finished. At the time, that’s not what I wanted. In hindsight, it sounds pretty good. A friend asked me once, what does it take to do well at Tevis? I respond, “patience.” Moping over my pull, I said to hubby Barry, “I wish I had Jenni’s patience. She never pushes her horses, and her results show that (nine buckles in 11 attempts and several top 10 finishes). Barry gave a good response. “She always rides other people’s horses and so of course she is going to be more cautious.”

Every year, all of us riders who get pulled are like cats thrown out in the rain. We come right back to give it another shot. Hopefully, this lesson in patience will take me to the finish line next year. 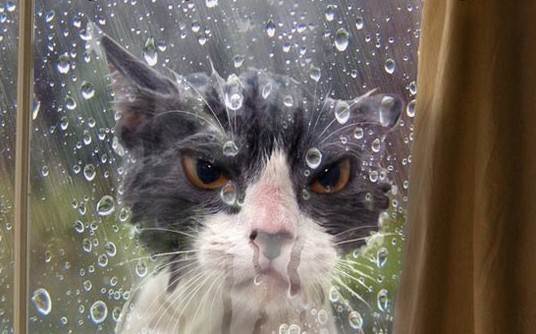