I had the privilege last weekend of riding 155 miles through the great foothills at the Empire Cienega Resource Conservation area southeast of Tucson. The Las Cienega Pioneer and Old Pueblo Pioneer rides are both held near the Empire Ranch, and you should definitely add them to your bucket list. 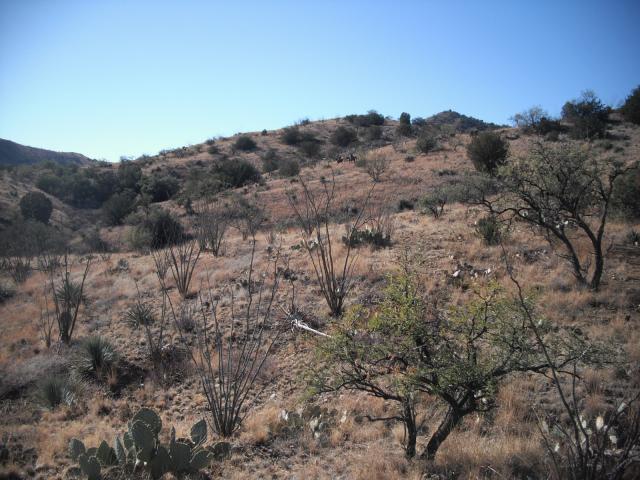 This is the second year that ride manager Marilyn McCoy has included new sections of the Arizona Trail into the ride. And what a ride it is! The views and the desert flora helped me re-establish my own personal priorities. For me, the moral of the three-day retreat was as follows: keep things simple and stay focused. And I earned 155 glorious miles in the process. 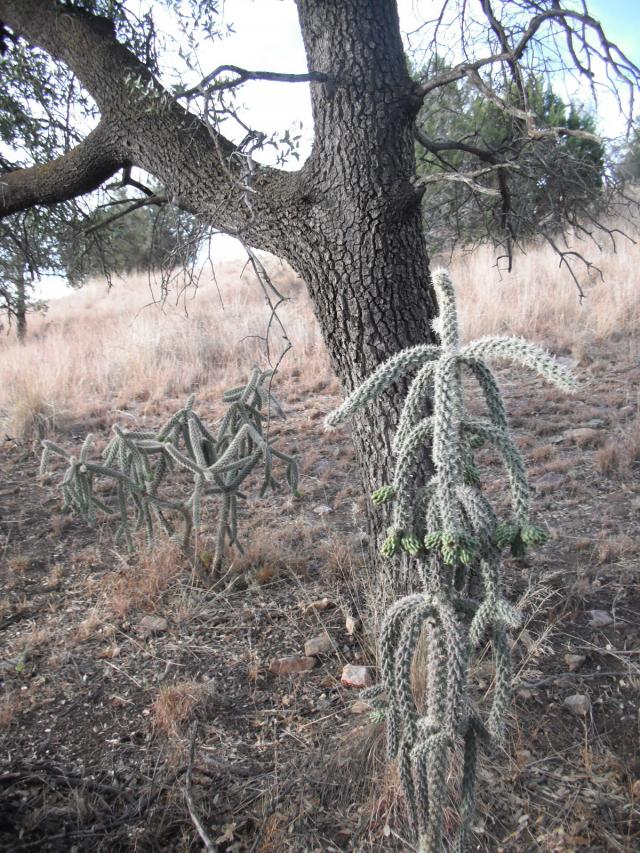 Some of the vegetation in southeastern Arizona: cholla at its best.

I have EasyCare to thank for enabling me and Red to complete all three days. There are no two ways about it: Red would not have been able to sustain three days of rock, sand and service roads were he not in Easyboot Glue-Ons. The additional cushion provided by the glue was key in absorbing concussion. 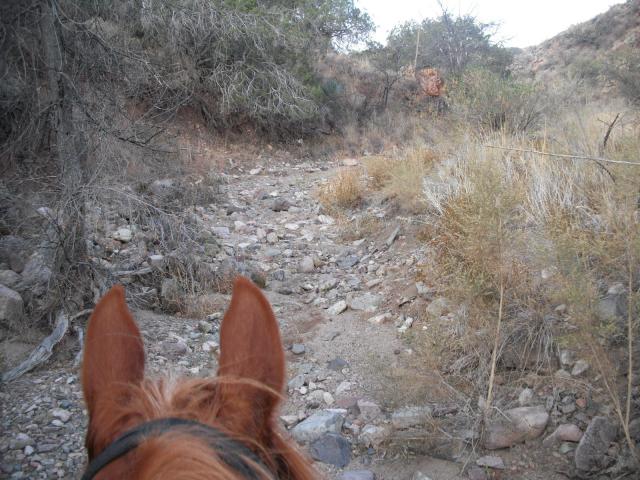 There was enough rock on the trail to slow everyone down.

Christoph Schork was kind enough to glue on the boots the day before we started – and it was edifying to see barefoot trimming first hand. 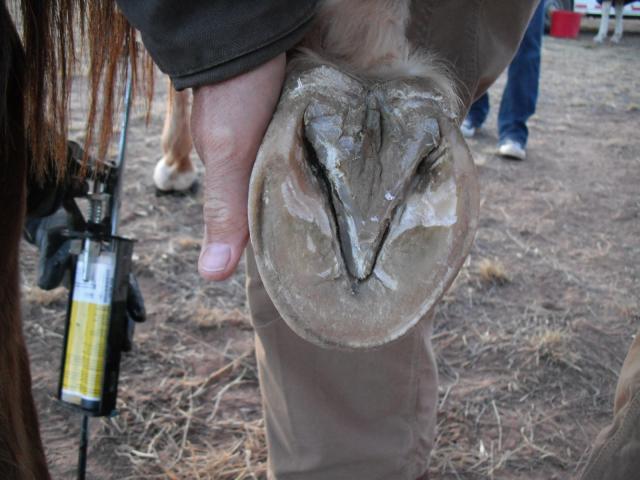 Christoph at work – he trimmed down the bars and tapered the frog before applying the hoof glue.

Part of the regime for fitting boots to the barefoot hoof is to refresh the trim, and Red has come a long way in the five months since I pulled his shoes. Since we started him on natural hoof trimming, each foot looks more like a balanced unit rather than a series of unrelated components struggling to make sense of their role.

When your hoofcare practitioner works on your barefoot horse, be sure to ask her to look at the bars. If there is any rolling over of the bars, you will want to work at bringing them back: some schools of thought say that a rolled bar will create a flare in the hoof wall.

That theory was easily defended when Christoph analyzed Red’s feet on the hoof jack. The new EasyCare blog affords amateurs like me the opportunity to learn from peers and professionals alike on how to shoe a horse. Subscribe to any of the blogs and keep yourself informed on the latest developments in Easycare boots.

I’m hoping one of the blogging hoof care practitioners will expand on the role of bars in a future post. Stay tuned for the demystification of the bar. 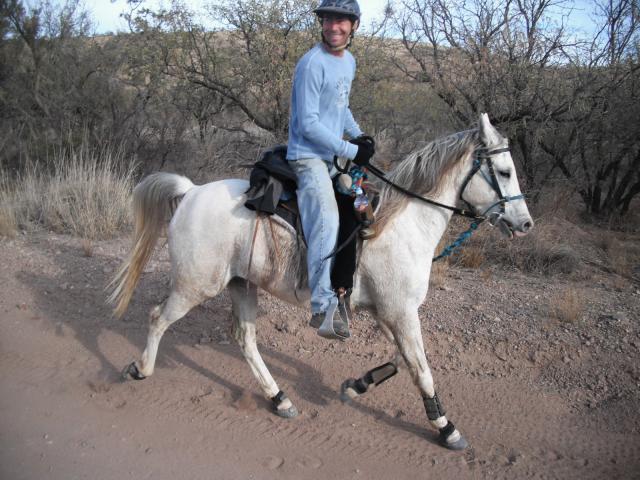 Rusty competed on Rocky wearing Easyboot Gloves. The look on his face says it all.

Although this stunning desert has no mud to offer, we have the full spectrum of footing conditions to challenge the soundness of our equine partners. The transitions from deep sand to hard-packed service road to rock at this ride were countless. It reminded me that choosing the right footwear for the job is imperative.

What would you choose if you had to spend more than 24 hours jogging 155 miles through the above conditions over three days: dress shoes, pumps or runners?

If Red had not been in trail runners with extra cushion and spring to his step, I know he would not have made it so capably through three days.

The choice could hardly be more evident– and judging by the fact that more than 50% of the three-day horses were wearing boots; the broader moral of this story is, well, simple. 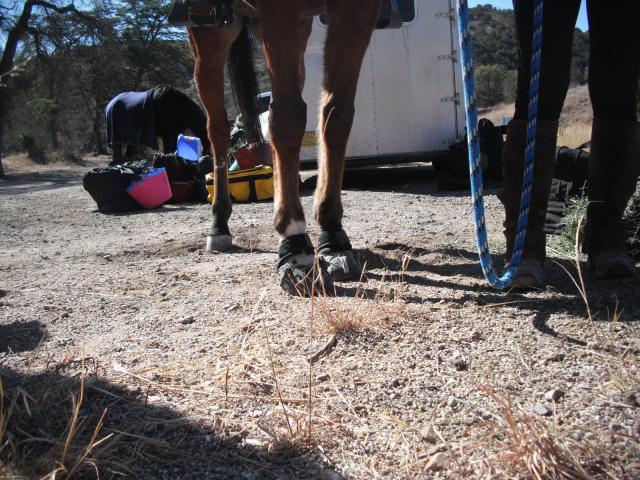 This Tucson-based rider wore Easyboot Epics in the front and went completely bare in the back.