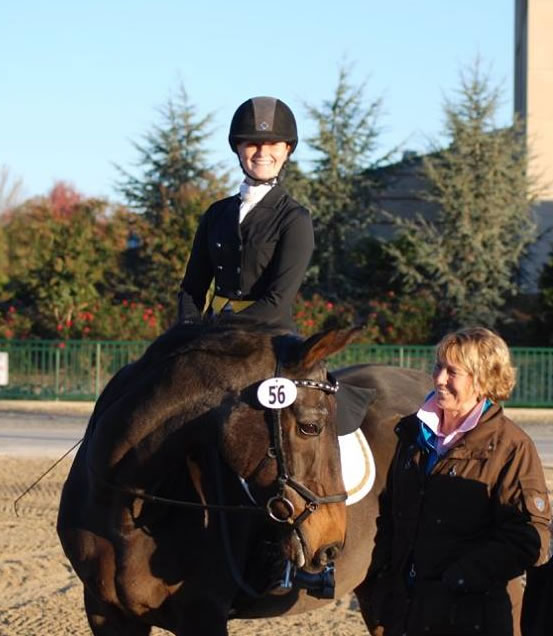 Manni, my dressage horse has overcome many obstacles. He came into my life 12 years ago, after he had been rescued from mental and physical abuse.  He was 11 years old at the time.

I had been told by vets and farriers that he would always need shoes.  Over the next ten years, he made a good recovery mentally, (he will always have a few issues) but his feet were another story.  I tried different varieties of shoes, heart bar shoes, shims, but his hooves were never "good".  I had shown him through Grand Prix dressage, but this had taken its toll on him.  By the time he was 21, shoes were no longer able to keep him sound. My vet and farrier had no further suggestions as to what I could do; they never felt barefoot would be an option for him, but Manni had come so far, and he was telling me that he was not ready to retire.  I felt he deserved every chance I could give him.

I learned about the different EasyCare hoof boot varieties at a barefoot trimming clinic and decided it was worth a try to transition Manni to barefoot in stages. I began by pulling Manni's shoes and using the EasyShoe Performance N/G for eight weeks. After that, for six months I used the Easyboot Glove with pad inserts while he was turned out and for short rides, and stalled him barefoot.  Now, about a year and a half later, he is barefoot and sound!  I use the Easyboot Glove for trail riding on rocky soils, he is barefoot for arena schooling, field turnout and stall.  I use the EasyCare Glue-Ons on the front hooves only, for the occasional competition.  Today, his hooves are beautiful and still improving. This would not have been possible without the variety of EasyCare boots and shoes used to transition him in stages. 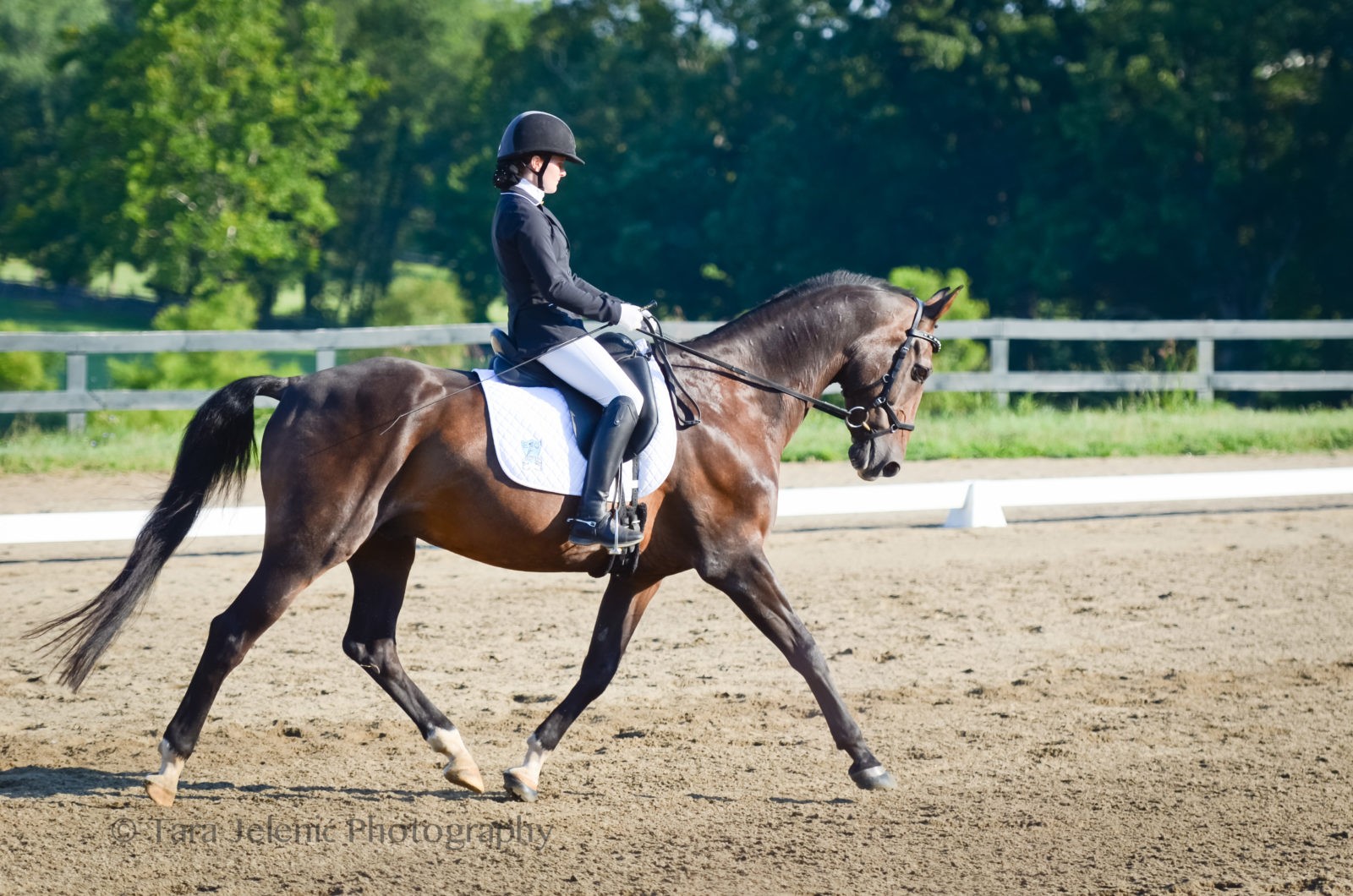 We recently celebrated another success story with Manni.  This past summer he took a student of mine, a young dressage rider (Sammi Burke) to the CBLM Championships. He also helped Sammi earn her USDF bronze medal and got her halfway to her USDF silver medal (Silver Medal scores in both Fourth Level and FEI Prix St Georges)!  Mannie turned 23 years old this year. He is sound and happy, and currently enjoys scenic trail rides along the Potomac river. He is slowly retiring but still enjoys tormenting the occasional student. He is a special horse. He has taught many students about perseverance; he's not flashy but he tries hard, and he expects the same of them. He has his quirks, and teaches his students to have a sense of humor.  He will spook at himself spooking!  He doesn't tolerate bad riding from an experienced rider, but is infinitely patient with a green rider. Myself, my students, and many friends that know Manni is "family". We are all so pleased that Easyboots helped Manni not only recover but thrive, when others told us he was "done". We hope that you can share his story and possibly help other horses get another chance to be happy and sound, no matter what their age.