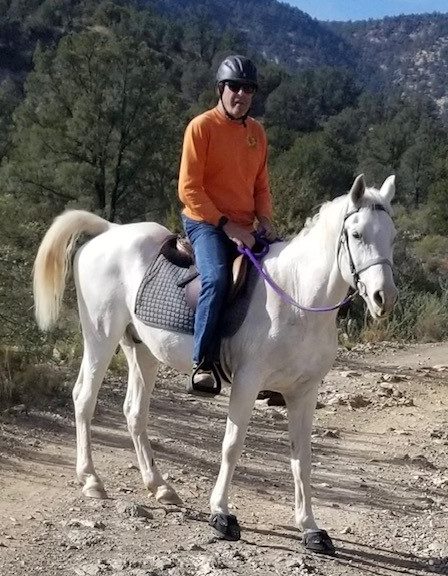 Jerry Morris, an EasyCare customer, has had great success using the Old Mac’s G2 on his horse for over 20 years! We wanted to share his experience.

The Old Mac’s G2 is the only footwear that my horse, AM Sir Handsom, has ever worn.

Sir found me twenty years ago, thanks to an Arabian breeder in Tucson, Arizona (Bazy Tankersley).

Sir spent the first two years of his life in the mountains of northern Arizona in a herd of other horses in all kinds of terrain and weather conditions, similar to how a wild horse would live.

After another two years spent growing up in Flagstaff, Arizona, he was ready start his riding career. We wanted to do all kinds of trail riding. 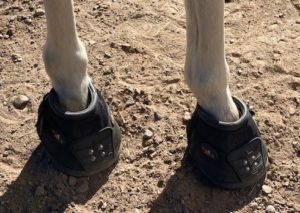 Due to the great condition and health of his feet, my vet felt that he didn’t need to have steel shoes nailed to his hooves. He recommended a product from EasyCare called Old Mac’s.

We have used ten pairs of Old Mac’s G2 in the last twenty years! We have lived and ridden in the mountains of Arizona, Colorado, and Idaho. I have never had a boot come off in any type of terrain, including snow, river beds, and all kinds of mud. He also wore them in a dressage arena. 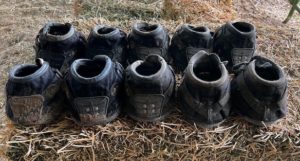 Sir’s feet are trimmed every 6-8 weeks. He is barefoot when he is not being ridden. The Old Mac’s G2 never fail, they just wear out eventually. I have passed on some of my old boot to friends that were skeptical at first, and now they are happy users, as well. 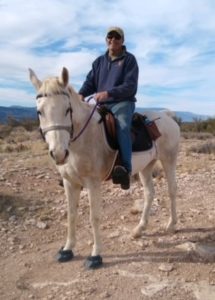 I have no reason to try any other brand.

Thank you for being a loyal customer, Jerry! We’re so glad the Old Mac’s G2 work so well for you and Sir.