In our last installment, Fergus had transitioned seamlessly into Easyboot Gloves with nary a hiccup and Roo was well on the way to keeping boots on his feet. We were practically “experts”, smug in the knowledge that everything was going so well.

Fergus and Patrick got a month or so off after the Death Valley ride (OK, so it was raining, and they don’t “do” rain) but as spring sprung, they started back on the trails.

Almost immediately they began to have problems with their Easyboot Gloves. Fergus would be trolling along, minding his own business, and suddenly a Glove would have flipped off and be twisted around the front of his foot for no discernible reason. 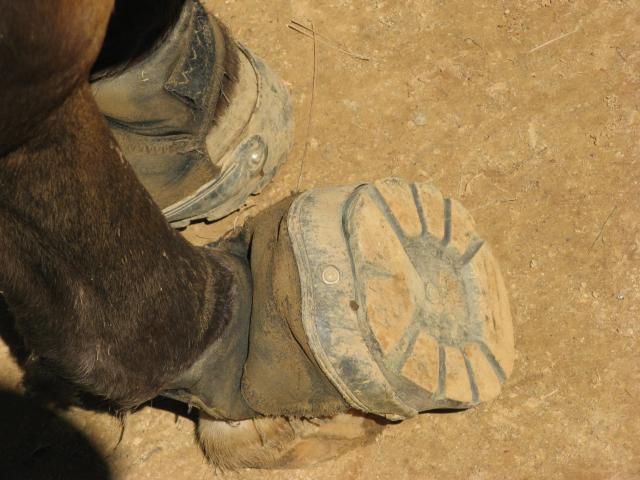 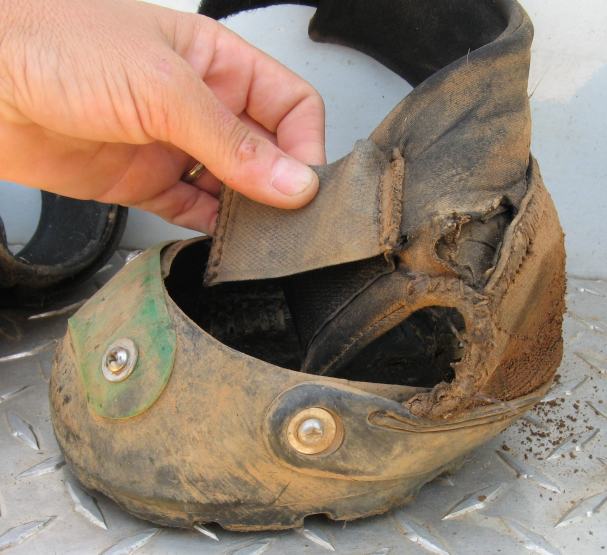 Of course, the more often this happens, the more trashed your gaiters become. Under normal circumstances, the gaiters are quite strong enough to withstand everyday use. However being twisted around a large foot and then wrenched this way and that does not constitute “everyday use”.

What was the problem?? Had I gone bezerko and rasped Fergus’ feet into tiny stubs? Had they shrunk in the wet weather? What??

It seems that the issue is Gloves stretch with use. Maybe because Fergus is so big and heavy (he blots out the sun when you stand next to him) they stretched even quicker. Either way, a remedy was needed in the form of Power Straps. 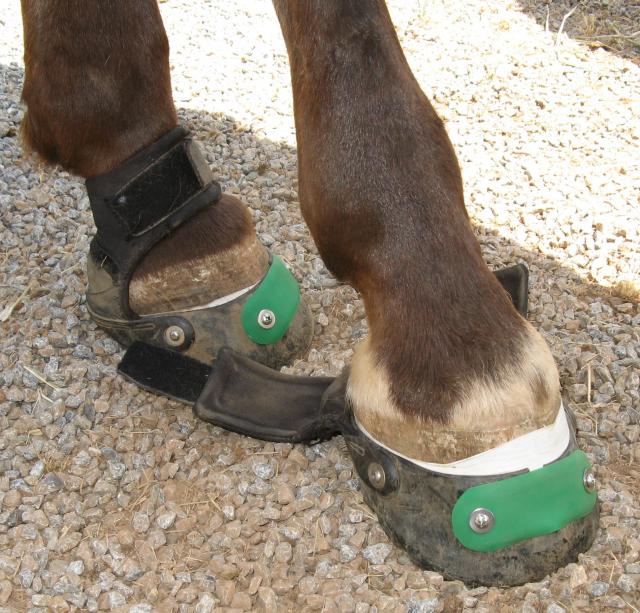 As I understand it, Gloves were originally designed with Power Straps – until it was discovered that they were unnecessary for many horses so they became an add-on accessory.

Power Straps come in cool colours so you easily can identify who’s boots are who’s – very helpful when you’re trying to boot three horses and are confronted with a mound of black rubber (I’ve since realised the nifty trick of giving each horse his own colour-coded boot bucket).

Best of all, when your horse wears odd sized boots, you can put a different colour strap on each one and then promptly forget which colour goes on which foot.

The downside of Power Straps is that your formerly-easy-to-put-on boots have now become tighter and you now need to wrestle them on with a rubber mallet and some brute force.

But the old adage holds true – easy on, easy off (usually when you least want it to).

And conversely, the harder they are to put on, the more likely your Gloves are to stay attached to the foot in question.

Luckily, like the boots themselves, after a few applications, the Power Straps seem to mold to the shape of your horse’s feet and your newly-boingy Gloves get easier and easier to wangle on (provided you have a rubber mallet and can curse).

Patrick says he got the Power Straps backwards – the green ones should have gone on the front: 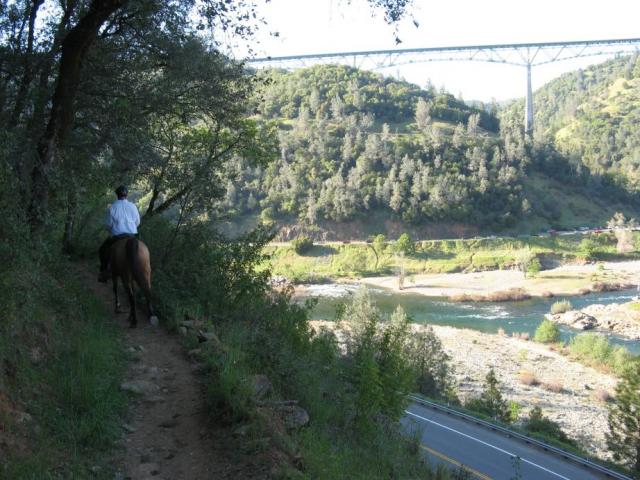 And so, once again we found out that Gloves need some tweaking. Remember this is the real world where boots don’t just get put on and stay there. Just because you thought they fit perfectly, and indeed they worked perfectly the first few times, doesn’t mean to that you aren’t going to struggle like the rest of us.

The natural order of boots goes:

Next Time
Fergus’ feet shrink again and Roo gets the last laugh.