As I read last week’s musings on various boot failures and successes by Team Easyboot Member Christina Kramlich-Bowie, I must admit; I laughed, I cringed, I shook my head in agreement and, most of all, I had an “Aha Moment.” Sigh. I, too, and a Hard-Way Learner. I’m pretty sure I’ve always been that way. I don’t generally listen very well to advice, and frequently have to learn things on my own, the hard way. I tend to be focused on the big picture, and oftentimes can’t be bothered with the minutia that makes the big picture a great one. Although I am wickedly OCD about certain things, others merely get a quick nod and a mumbled ya-ya tossed over my shoulder as I rapidly move on to the next thing. Oh yes, ADD at its finest. While this is all well and good for the mundane, routine and bo-ring areas of life, it is not the best way to create success in areas that require careful thought and planning. It is also difficult for me to change what works. Or, what I thought was working.

Riding a barefoot/booted horse in endurance requires a different kind of thought and consideration than it takes to compete/ride in nail-on horseshoes. Of course you still need to plan ahead with your ride schedule and arrange farrier appointments accordingly, but the constant diligence it takes to use hoof boots successfully is a bit more intensive. Now, I consider this to be a good thing, because you are not only keeping close tabs on your horse’s feet, the horse is also benefitting from a (hopefully) frequent and consistent trimming schedule that doesn’t allow for funky growth and possible issues due to long toes, flares, unevenness, etc. But I digress.

I have been riding Replika in Easyboot Gloves since I first got her in the fall of 2009. Her feet were a mess, new to barefoot and she suffered from crumbly hoof walls, long toes and high heels. She was a 00 in the hinds and a 00.5/0’s in the front. After getting her lined out, she comfortably wore 00.5’s in the hinds, which she still wears, and 0’s in the front. As we did more and more completely barefoot riding, her heels continued to spread, and she ended up in an 0.5 on her left front, and continued to wear and 0 on her right front, which is not only a bit smaller than the left, but twists a bit as she lands. 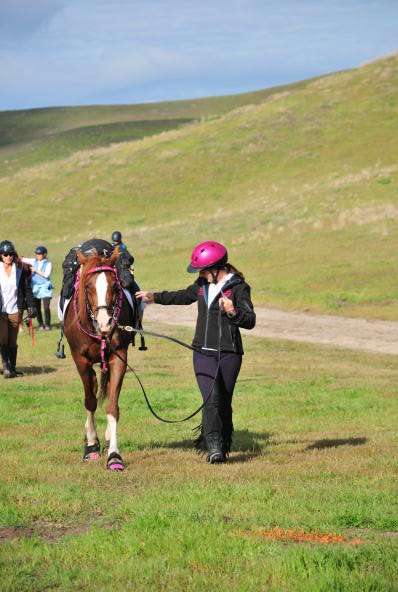 The first instance of boot twisting at Eagle Spring Fling. At that time, all it took was an extra wrap of tape and no more issues. A couple weeks later, the twisting got bad.

Now all this is well and good, and we rode all year last year successfully without losing a boot. For some reason this winter, I decided to mix things up. Apparently, things weren’t exciting enough and I didn’t have enough to obsess about so my subconscious decided that Rep’s smaller right foot magically grew and was now an 0.5 as well. Now in my defense, her foot really did grow, but not in the growing a bigger, stronger hoof way, but more in a I-am-completely-overwhelmed-with-three-horses-two-of-which-are-babies-and-need-constant-attention kinda way. I say this lightly, because as mentioned above, my OCD doesn’t allow for crazy hoof growth and I am constantly rasp-rasp-rasping, but with the Gloves, a tiny change in measurement can be the make or break-it in booting success.

Although our first few rides in the 0.5 Gloves were fine and included two fifty mile endurance rides, as things started to dry out and Replika increased her self-wear, I started having boot troubles. The right front would twist after a few miles. I solved this by adding tape, which helped for a while. However, every ride now I was getting off after a few miles here and there to re-twist the boot back to straight. It was getting a bit frustrating. Ok, I get that everyone here is now exasperatingly rolling their eyes and mumbling “duh, wrong size,” under your breath, but I admit it, I’m a Hard-Way Learner. This went on for a good two months. I honestly don’t know what I was thinking aside from obviously NOT!! 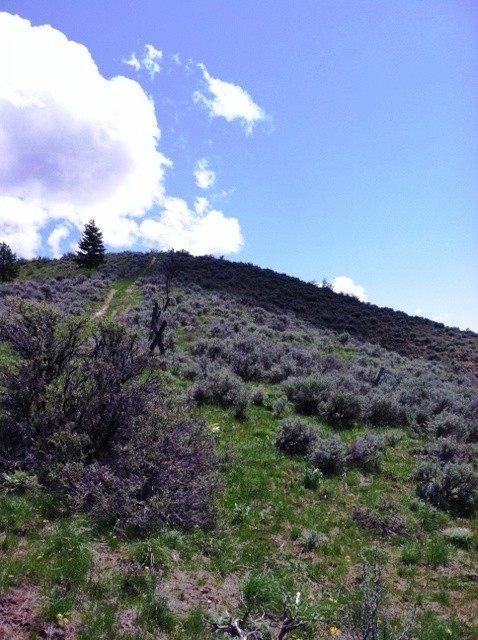 For a while I blamed the hard, steep hills on our recent training rides.

Last week after a particularly frustrating ride where my boots twisted the tape off her foot and then balled up in the side of the boot, I smacked my head and immediately went to the boot bag. Well gosh wouldn’t ya know that 0 popped on her right front foot and stayed put throughout our entire ride. I don’t know why I didn’t take the time to EVALUATE what was really going on!! 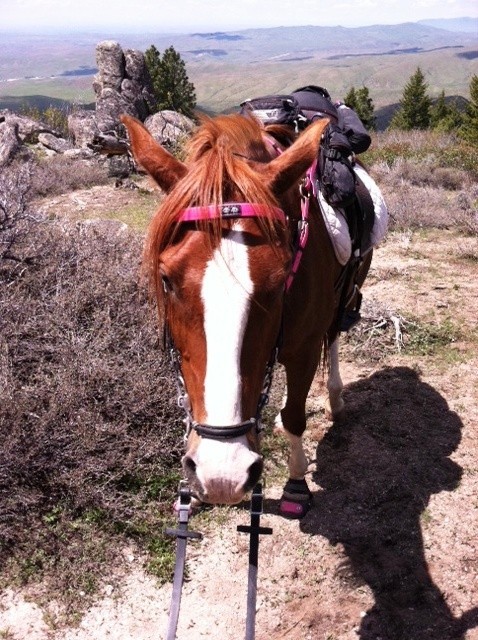 I would imagine I would have had the boots actually come off without the Powerstraps. Use ’em, folks!

The point of my ramblings tonight are to hopefully encourage those of you who are suddenly or even not-so-suddenly having boot retention (or even twisting/rubbing/etc) issues, take a moment to fully evaluate the situation. There are lots of email groups and list-serves that have many experienced boot users and hoof trimmers. Post pictures and actually listen to the advice of others, even those with less experience than you may have a fresh perspective that can help work through an issue. Don’t be a Hard-Way Learner! Or if you must, save it for a subject that actually doesn’t matter much, like math 🙂