When I started competing in endurance riding in Arizona in 1989, no one wore helmets. On a rare occasion I would see someone in a helmet, which I mistook as a sign of their lack of confidence in their riding ability.  Over the years following, more and more riders began wearing helmets. I, too, started wearing one regularly after realizing the pitfalls of not wearing one. Fortunately, this was not a lesson I learned first-hand. It’s now been at least 15 years since I last climbed on a horse without a helmet. 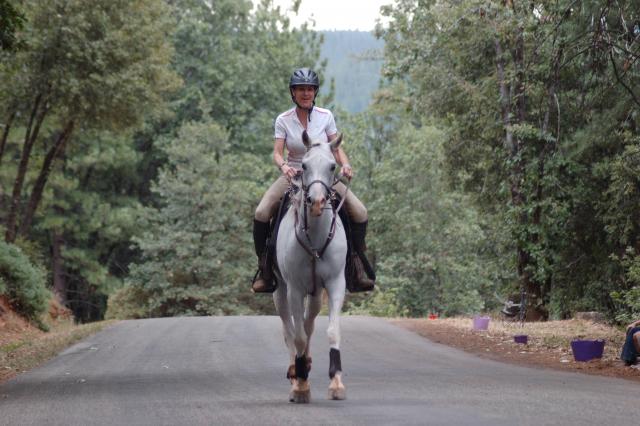 I now see this same trend occurring with hoof boots. When I started endurance and trail riding, horses were shod. There was no alternative. After a few years in the sport, I started carrying an Easyboot in my pack in case I lost a shoe. The boot was simply a temporary fix to protect my horse’s hoof until I could get the shoe back on.

I loved the old Easyboot campaign that depicted a cowboy walking his horse, with a tag line that read “Get an Easyboot or get a sense of humor.” The campaign was true to the times. The barefoot movement had not yet begun and I don’t think it occurred to anyone yet to just use Easyboots instead of steel shoes for riding, although some were putting them over steel shoes in lieu of putting pads under the shoes.  That said, every trail rider who lost a shoe and didn’t have an Easyboot on hand regretted it.

As horse owners began to embrace the barefoot movement and product innovation resulted in boots that could be used as an alternative to shoes, more and more horses began showing up at endurance rides in boots. I was intrigued because I was have a variety of problems with my horses that I attributed to the steel shoes.

In 2008, I removed Bearcat’s shoes in hopes of curing his chronic tripping problem. I figured that he had been in steel shoes for so many years that he had minimal circulation in his feet and as a result no feeling. He acted like he didn’t care where he put his feet. It worked! Following that successful experiment, I transitioned all of my horses back to barefoot and rode them in hoof boots.

Whenever I go to an endurance ride, I catch myself immediately looking at other horses’ feet to see if they are booted. More and more are. Now, when I see a horse at an endurance ride in steel shoes, I assume the owner doesn’t know any better.

Fortunately, like helmets, the common sense of using hoof boots instead of steel shoes on trail and endurance horses will catch on with just about everyone. It’s just a matter of time. Then the only ones left not using them won’t likely be wearing a helmet, either.