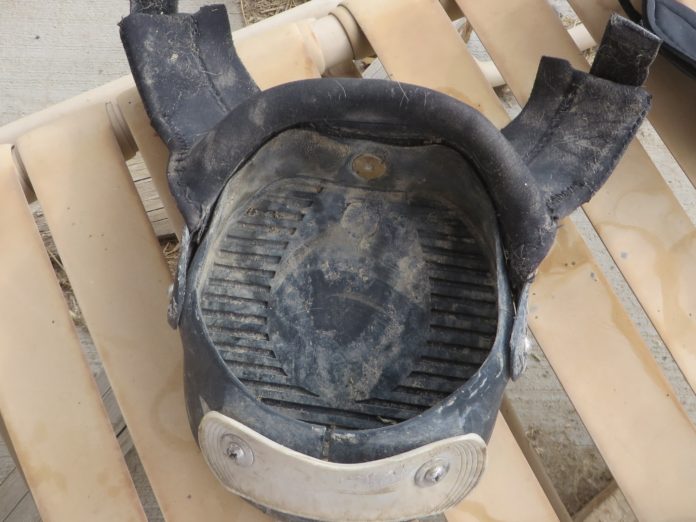 Some of us have been using Gloves for several years now. I have used them since they became available in 2008 or 2009? Can’t recall which. I’ve had good success with them and now they are on the third new gaiter style. Each change comes with a bit of a learning curve because we know what we know, and relearning what we know is sometimes a bit tough. I knew how to train my old gaiters to fold down and stay out of the way when I put the boot on the hoof. I could just wet the old gaiters and fold them down to dry and voila! But not the new style. 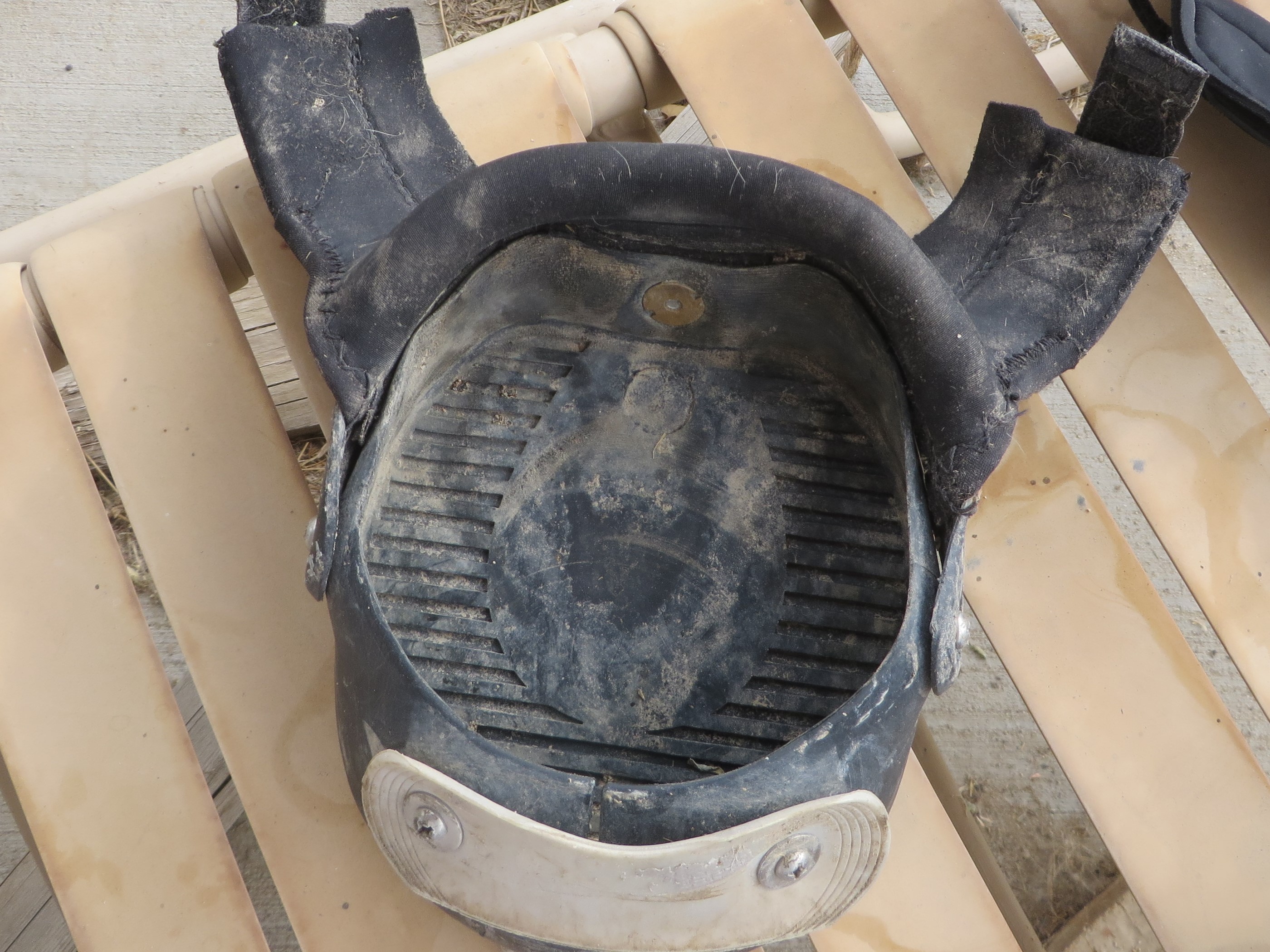 The new ones are quite rubbery and actually very flexible and soft. Fold them out of the way and they bounce right back. I rolled them down and pinched with clothespins but that didn’t last long. I seriously thought about putting them in the freezer that way but then figured the boot would be too hard to get on. Hmmmmmm………….

My next thought was to fold the flap of the gaiter backwards and Velcro around the boot to hold it out of the way.

It’s still a bit awkward but it does keep most of it out of the way. As I positioned the boot, I pushed the gator back then tapped with the mallet. Pushed the gaiter back again, then finished tapping the boot on.

The tricky little gaiter did stay out of the way to put the boot on.  Always learning.

What’s the Difference Between the Glove Soft & the Glove 50?