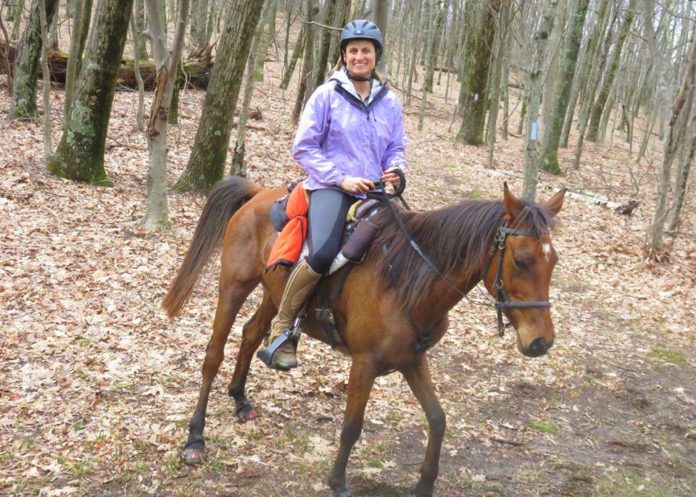 It's a new year, and after a nearly three month vacation from riding, it was time to start getting my mare, Brooke, ready for another fun season of endurance. She’s been running around the pasture, barefoot and fancy free.  Aside from the occasional rasping, I haven’t done anything with hooves or boots during her time off.

When the call went out among my tribe of riding buddies for a 19 mile ride in the mountains, I knew it was time to start gearing up. I’ve ridden this particular trail several times, and hoof protection is a must. I dove into my (now overflowing) bin of boots to gather a set of Gloves. Last season’s riding took its toll, and my stash consists of boots in various states of repair. The first two out of the bin were in good condition – plenty of tread and gaiters intact. 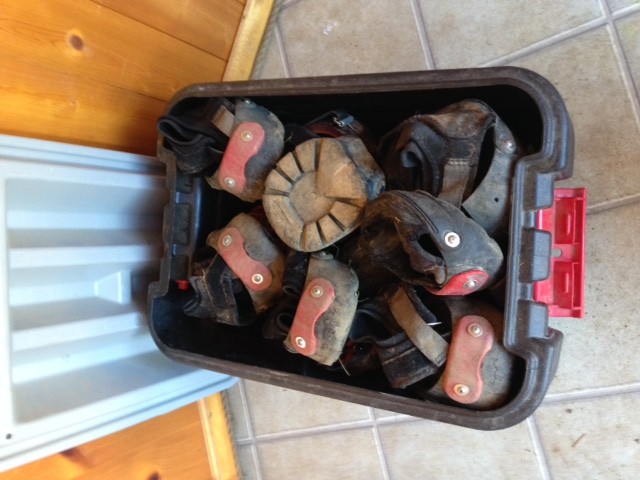 The next one out was ready for the graveyard – big hole in the toe. Why do I still have it? Maybe I can plunder it for parts? The gaiter is still in decent shape and could be scavenged in an emergency. Maybe I’m just holding onto it for sentimental reasons. It was one of the first Gloves we used, and it stayed on for many a mile!

Another boot out of the bin had damage to the gaiter from some race brain antics. It’ll be fine after a gaiter replacement, but it won’t work for today. I’m starting to feel like Goldilocks! 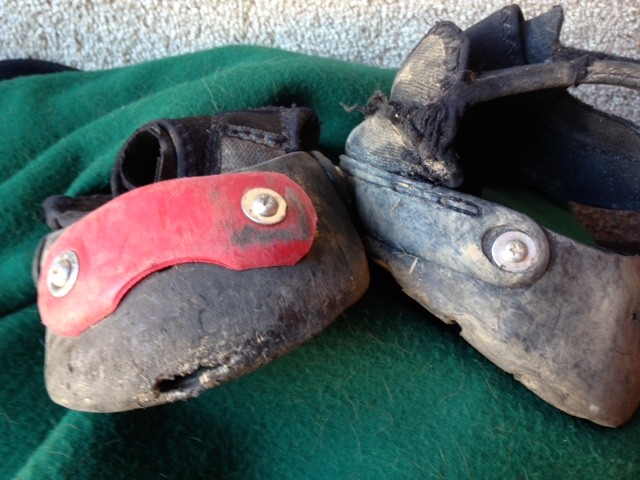 A little more digging yielded two more boots in good shape, and I was ready to go…after I trimmed Brooke. All of that recent hoof growth is great, but the Gloves fit snugly and won’t go on without a fresh trim. 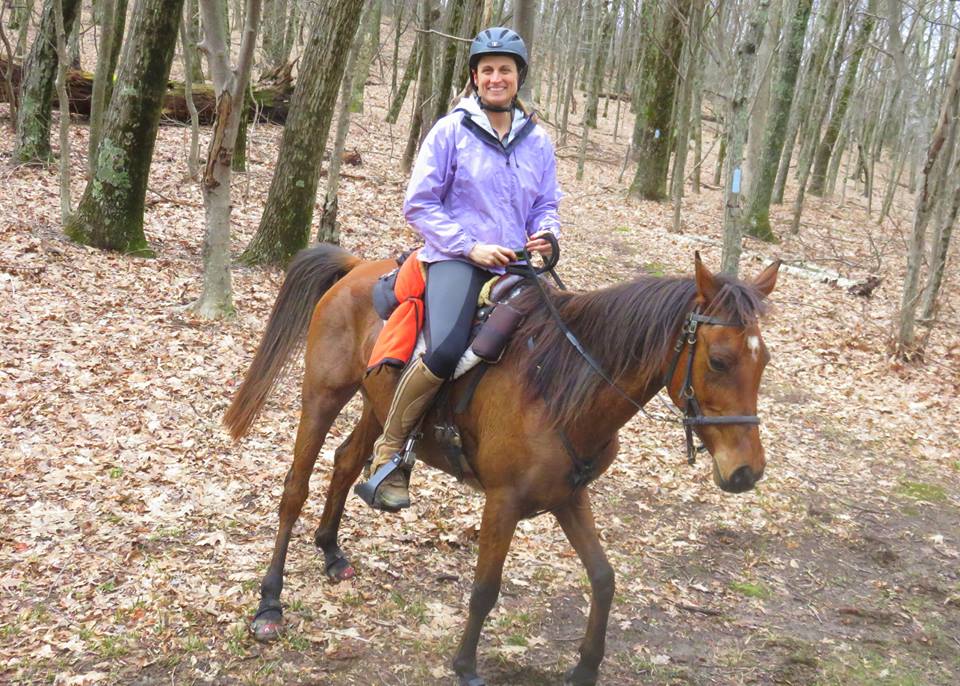 We had a terrific ride with old and new friends. Brooke was full of energy and moved out confidently. I love that I can jump right back into riding with our Easyboot Gloves. I don’t need to worry about scheduling a farrier to apply shoes, or avoiding certain trails because the footing is too rough on bare feet. Just throw them on and we’re off to get ready for a sweet ’16!