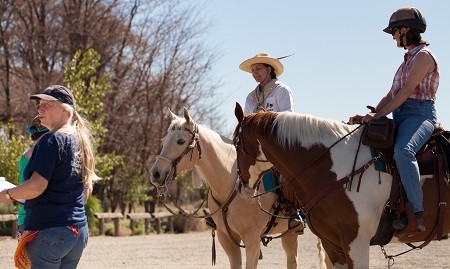 I have been somewhat successful competing in Trail Challenges and Obstacle competitions for four years now, and have have even won high point in the Open Division for Washington state during the 2011-2012 Season. I have met so many amazing folks around the Pacific Northwest in my travels and always enjoy visiting with them at the competitions and benefit rides. Even my non-horsy husband Mike started coming along and has gotten involved and is having fun. Lately I have been feeling the urge to step away from competing, and start volunteering instead. 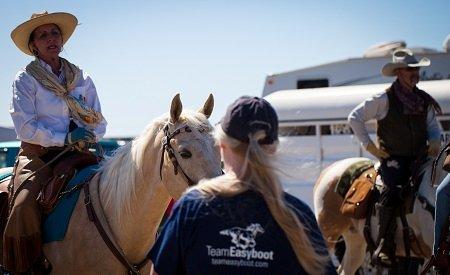 My husband recently became serious about photography and purchased some very nice camera gear. He started taking photos of me and my riding partners competing. Mike was asked to be an assistant photographer at the Ride to Remember in honor of the Veterans and donated his work to a good cause and a wonderful ride host.

Fast forward to the first week of last May. Mike and I took off on a camping trip in eastern Washington and decided to work our way down to a ride happening at the Horn Rapids State Park on May 4&5, just north of Benton City in the Tri Cities area. I had noticed that the ride hosts were in need of more volunteers so I called her up and let her know Mike and I were heading down to help out. Love having a camping trip with purpose. We showed up a few days before the event and had fun helping the ride host tie up some loose ends and then visited with the competitors that rolled in from three different states.

On Saturday I had the fun of asking the final Jeopardy question.  If the riders answered the question correctly they were given a ticket for a chance to win a additional prize.

On Sunday it was my job to check riders out at the beginning of the ride, visiting while waiting for their ride out times and then at the end of the ride, doing the soundness check and confirming all riders were back after the ride. I loved doing those jobs. It was close to the club house and shade but also had a chair in the shade of a small tree. I enjoyed reading a cool holistic horse magazine while waiting for the next riders to come in. 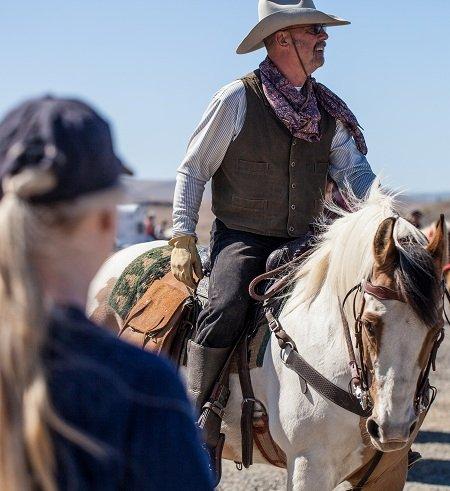 Mike was out driving around both days in our jeep and taking pictures of the riders at some of the obstacles. He also enjoyed walking around camp visiting with the riders, asking if there are any horses that do tricks, etc. and taking even more photos. We mailed master copies of the photos to the ride host so that she would have a record of her fun weekend and posted photos on the Rides Facebook page, so anyone and everyone could download their memories of that weekend. It was a lot of fun for us.
Oh, I have to share this. It was really hot weather that weekend (100 degrees) and I needed to buy something for Saturday's potluck dinner, so when we were in town we decided to get an ice cream cake for the potluck. We found a Baskin & Robbins Ice Cream shop and had them write on it 'Horsin around at Horn Rapids'. It was a huge hit! Never before had anyone seen an ice cream cake at any of the rides. 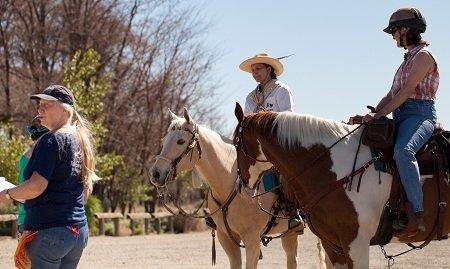 Then to my surprise the ride host mentioned during the awards ceremonies who I was and how last year I had won her buckle for High Point Open rider for the weekend. But I think it was even more fun supporting competitions. The time you have to interact with and help other riders and hosts can be more fun and less stressful than focusing on how to navigate obstacles while being judged and competing for points. It just feels good to take a break from competing and to help others compete by being a volunteer!