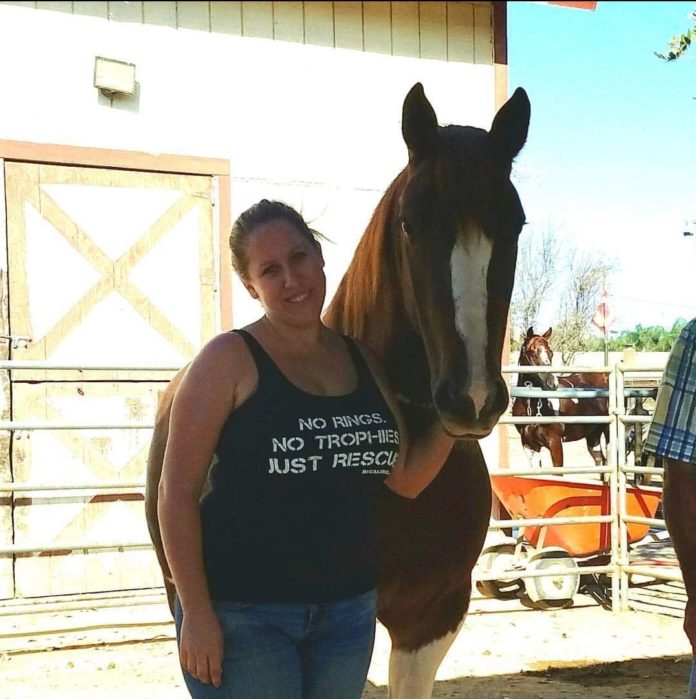 My name is Kat and I recently joined the EasyCare team as a Product Specialist.  Let me share just a little bit about myself.  I recently moved to the Durango area after living my entire life in San Diego, California.  But, I didn’t come alone!  In total, we moved 5 people, 13 horses, 2 goats, and 6 dogs.  It is a big change for all of us, but an exciting one!

I grew up riding and competing in the hunter/jumper world.  I also dabbled in western, dressage, and even rode a couple gaited horses.  As a teenager, I spent a lot of time rehabbing horses, re-training OTTBs, and showing ponies.  At 15, I bought my first horse, Classic Sham, from my trainer.  He was an OTTB and labeled as “dangerous.”  In reality, Classic was mentally and emotionally shut down and refused to bond with anyone.  He would lash out and attack other horses and occasionally people.  I spent a long time breaking down his walls, and once I did…he would go to the end of the world for me.  I owe a lot of what I know to Classic.  He passed away earlier this year, but he was my heart horse.  The horse of a lifetime. 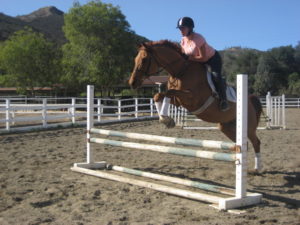 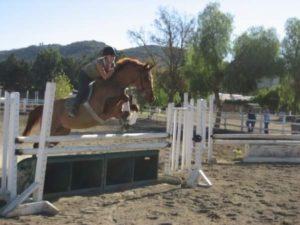 I have worked with rescue horses dumped at a seedy auction.  I helped horses in horrific states of neglect, coffin bones protruding through their soles, actively choking or foundering, or emaciated.  I have experience working with horses who were covered in wounds or scars that spoke to the abuse they had suffered.  I helped rehabilitate many horses, not only physically, but mentally as well.

This is where I was first introduced to an EasyCare product: The Easyboot Cloud.  We used a pair of donated Clouds to rehab a war horse who was dumped at auction and actively foundering.  He made a full recovery and is now an amazing dressage horse who also loves to camp and go out on trails (I can’t wait to explore our local Colorado trails with him!).  I test-rode horses and found some real diamonds in the rough, including my current horse. Sexypants has a fusing hock and is my steady, cruise-down-the-trail horse.  I even rode a horse in an inflatable sumo wrestler suit! 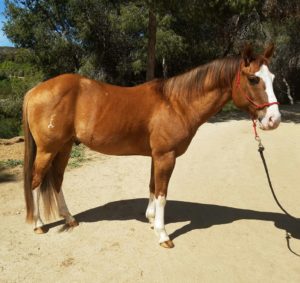 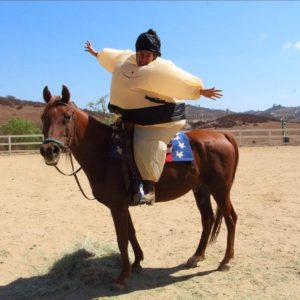 In 2013, I started working at the San Diego Humane Society, where I worked up until August of this year.  For the last 5 years, I was a Humane Law Enforcement Officer.  I handled animal control calls (loose animals, injured animals, wildlife, bites, etc.) and investigated claims of animal cruelty and neglect.  I helped evacuate animals during many California wildfires.  I have collected a lot of stories over the last 5 years.  One of my favorite cases was a horse, who I later named Rudy, living in deplorable conditions that I was able to save. He was adopted by a great family.

I’m very excited to be a part of the EasyCare team and share my knowledge with anyone who wants to listen!