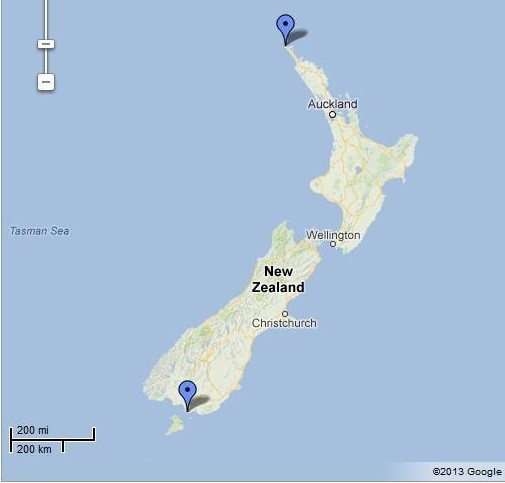 On November 1, 2012 Pete Langford embarked on a 3,000 km (1,800 mile) trek across the length of New Zealand. What inspired Pete to undertake such a challenging journey? His love of horses and nature were the main catalysts, along with a desire to raise money for Air Rescue Services in New Zealand. EasyCare and our New Zealand distributor, the Institute for Barefoot Equine Management (IBEM), are proud to sponsor Pete on this journey. Pete’s horses, Two-Shoes and Cloud, are barefoot off the track standardbreds and they are traveling over the varied New Zealand terrain wearing Easyboot Gloves. The trip started at the bottom of the South Island in Bluff and will end at Cape Reinga on the North Island (you can follow their progress on this SPOT Adventure page). Pete and his horses are just finishing their route on the South Island and are currently near Picton.

How are the Easyboot Gloves holding up to such a demanding journey? Below, Pete describes his initial experiences using hoof boots:

Time for some words about hoof boots, specifically, boots used in place of steel shoes. Now this always seems to raise the emotions of some of those who sit on either side of that particular fence. Some seven odd years ago I got off the fence and opted to go down the barefoot route, using boots when the terrain demanded it and neither I nor my horses have looked back. The boots I used were Old Mac’s from US manufacturer EasyCare and they did me well on the limited distance riding I did as a “weekend rider”. When preparing for this trip I looked to see if they had a boot that could cope with all that my “long ride” could throw at it. After a couple of emails, EasyCare gave me various options and after a discussion with Thorsten at IBEM it was determined that the Easyboot Glove would be the most suitable boot. 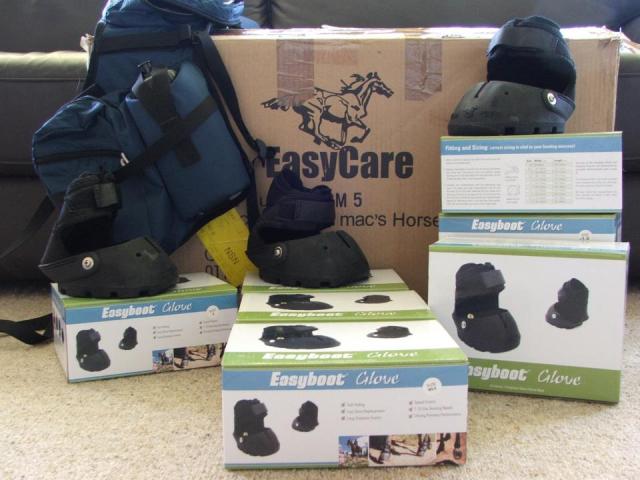 Ready to ride! All photos by Pete Langford.

The first thing I had to do to use these boots was to get a good barefoot trim and then measure the hooves. Getting a perfect fit was a bit challenging since neither Cloud nor Two-Shoes had symmetrical hoofs – both had flare and Two-Shoes is a little pigeon toed on the forehand. With corrective trimming, their hoof shape should improve which will make fitting easier. In the meantime, I have been persuaded to use a couple of tricks to ensure boot retention. I had initially ignored the advice to use these tricks and as a result had boots come off when scampering up the sides of mountains or having a run down the occasional suitable tracks…live and learn. 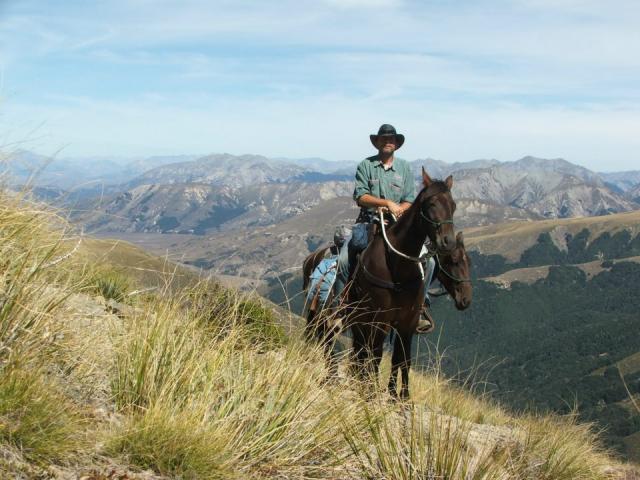 On top of the world, the saddle crossing the Dampiers.

Now these boots are good, there’s no doubt about it, having covered nearly 1200 km (750 miles) so far I reckon I’m well placed to comment on them! The sizing/fitting must be as close to perfect as possible for reliable performance and for staying put on the hoof, anything less will see boots being discarded in really demanding terrain. Having said that, there are a couple of tricks to ensure boot retention which are particularly useful if your four legged friends hoof walls are not symmetrical (most aren’t). Trick one, power straps, these little gadgets are used to close the slot at the front of the boot which really helps with getting a nice snug fit around the hoof wall. Trick two, using some sports tape around the hoof to get extra grip between hoof and boot. Since I have used these two tricks, I haven’t lost a single boot – they have stayed put crossing rivers, scampering up mountains, running along tracks and they even stayed on in quicksand…yes I did just say that! Whilst crossing the Rakaia River we hit a patch of this deadly stuff and were very lucky to get out. If we had been a meter more to one side then there’s a good chance I wouldn’t be around to write this. Happily I am and can report that even in that instance, the boots stayed firmly put and let’s face it, that’s important as no one would be keen to start fishing around in quicksand to recover a lost boot! 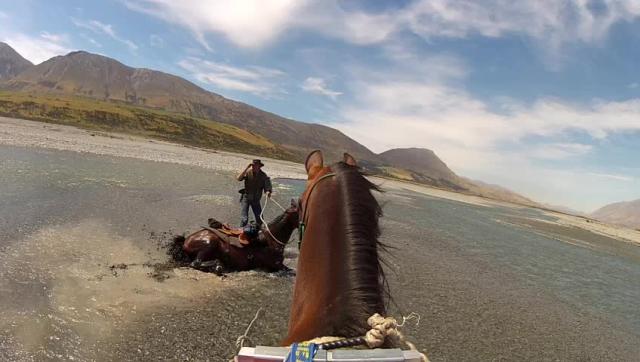 If you want to know more about what myself, Two-Shoes and Cloud are up to, visit us at www.freewitheveryhorse.com, on facebook (Free With Every Horse) and twitter (@3witheveryhorse). Hopefully we are done the quicksand – once was enough!