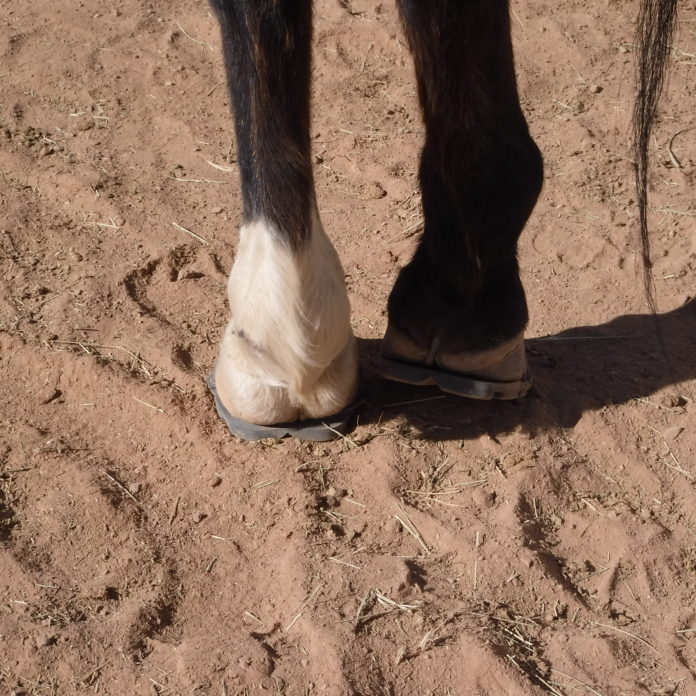 It has only been a few weeks now since the Flip Flops were released to the horse world. At the AERC Convention last month in Reno, the Flip Flops were the center of attention with the trade show visitors. Lots of questions were asked and lots of answers given by Garrett Ford, Kevin Myers and myself at the EasyCare booth.  During my last month’s blog, EasyCare and AERC, I described the usage and application methods of the new Flip Flops. The EasyCare website also has a great educational video on how to apply the Flip Flops to the horse’s hooves. You can click on the link to watch it. It is over 18 minutes long, but very worthwhile watching. And it is much more detailed and better than I could ever describe it to you here. Therefore I will not describe the application method, but rather give you a report on how the Flip Flops performed in the field test. 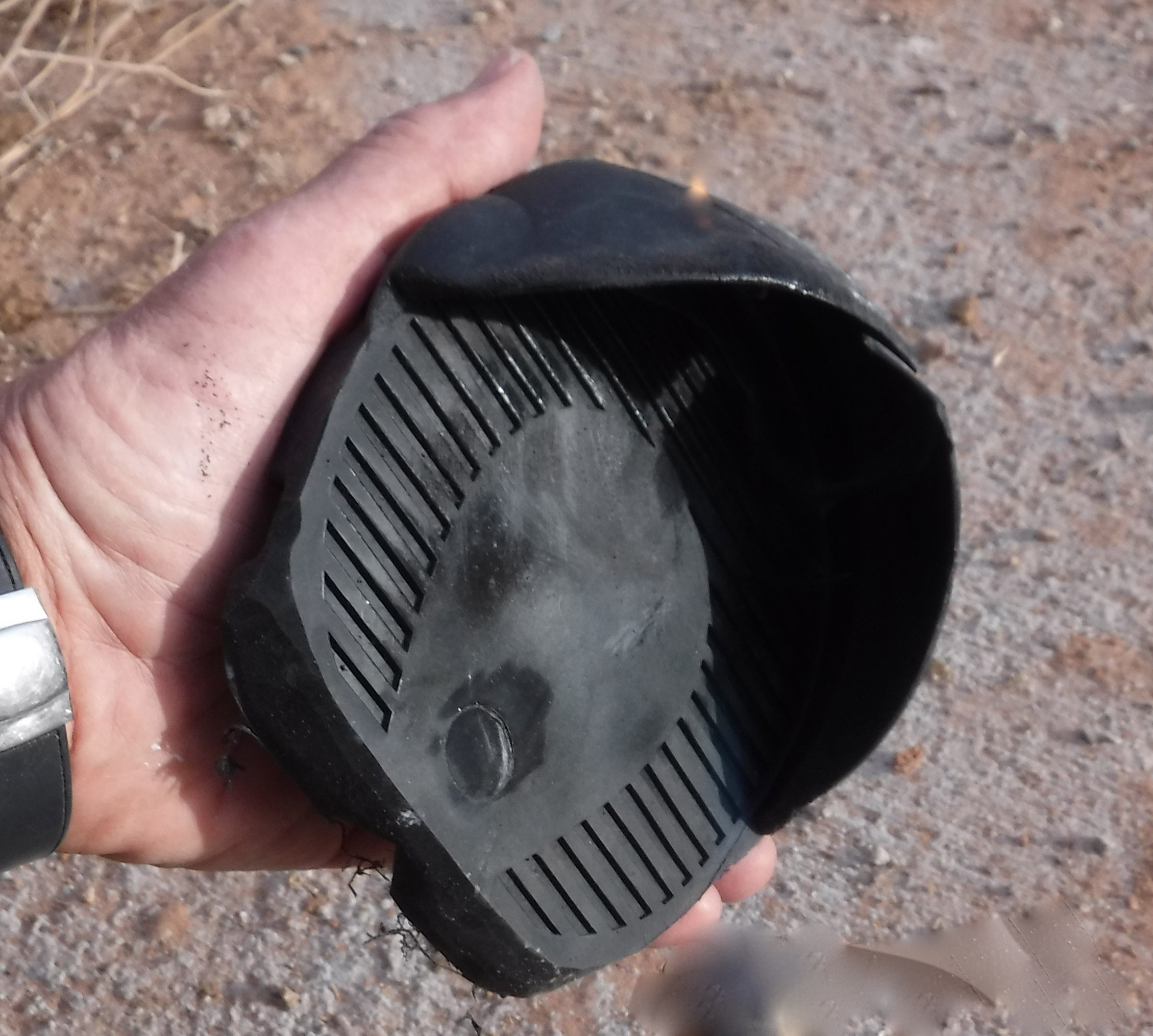 A new Flip Flop, ready to be applied. 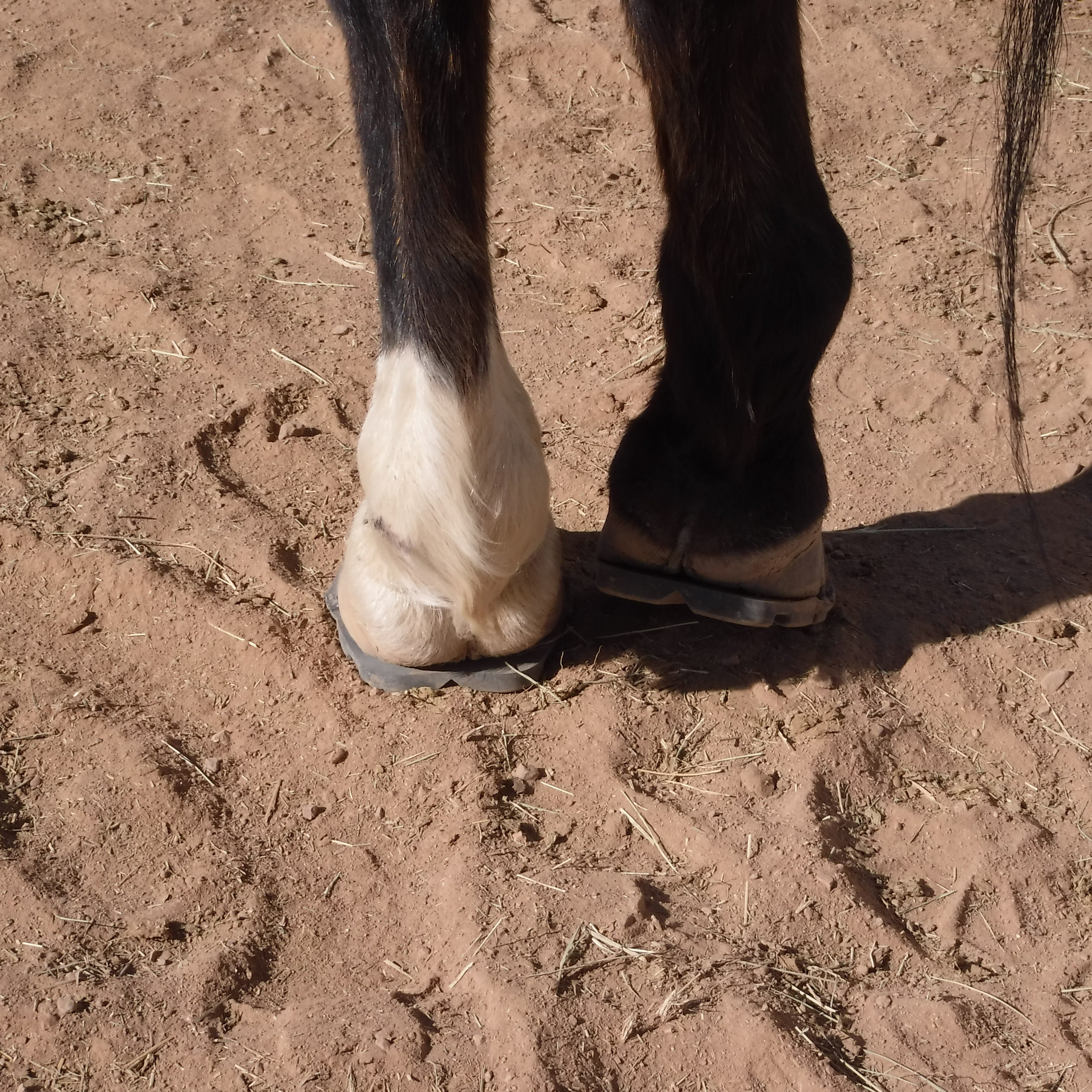 Everyone is always interested to know how they wear and what kind of experience we had with them in real life, like equestrian events, trail riding or endurance racing. Garrett Ford had used them in some 50 milers last year, then this spring, I had the opportunity to apply them on two of GETC‘s endurance horses, Medinah MHF and GE Seastar. I competed over 200 miles in them, two 50 Mile races on each horse. The images below show the Flip Flops that have been on the horses hooves now for over four weeks. 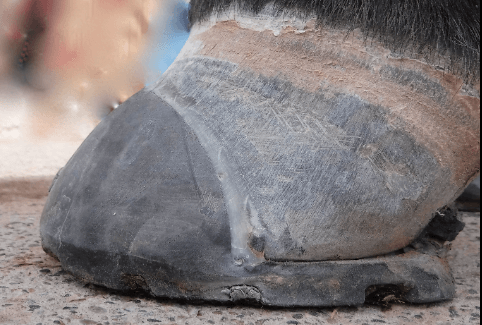 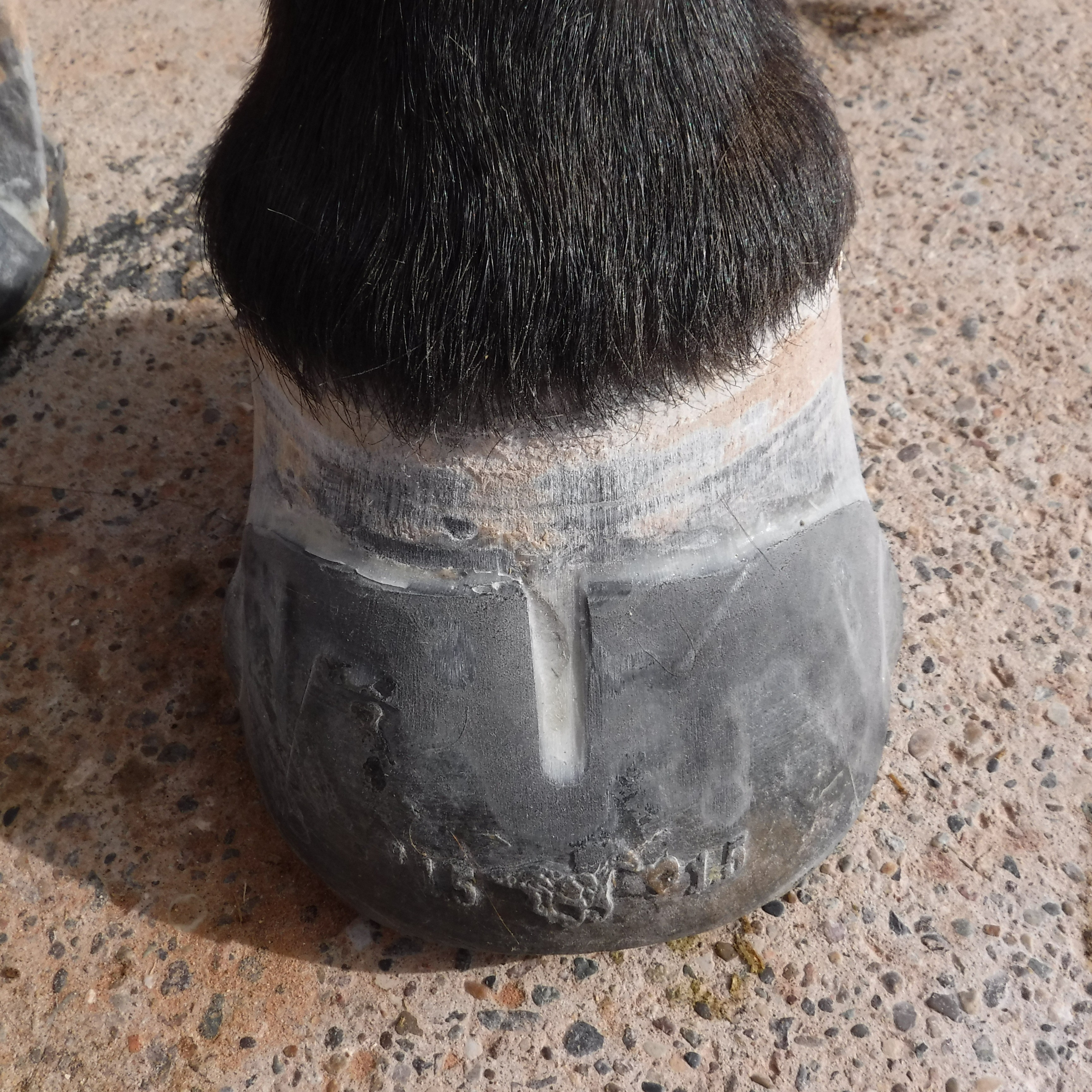 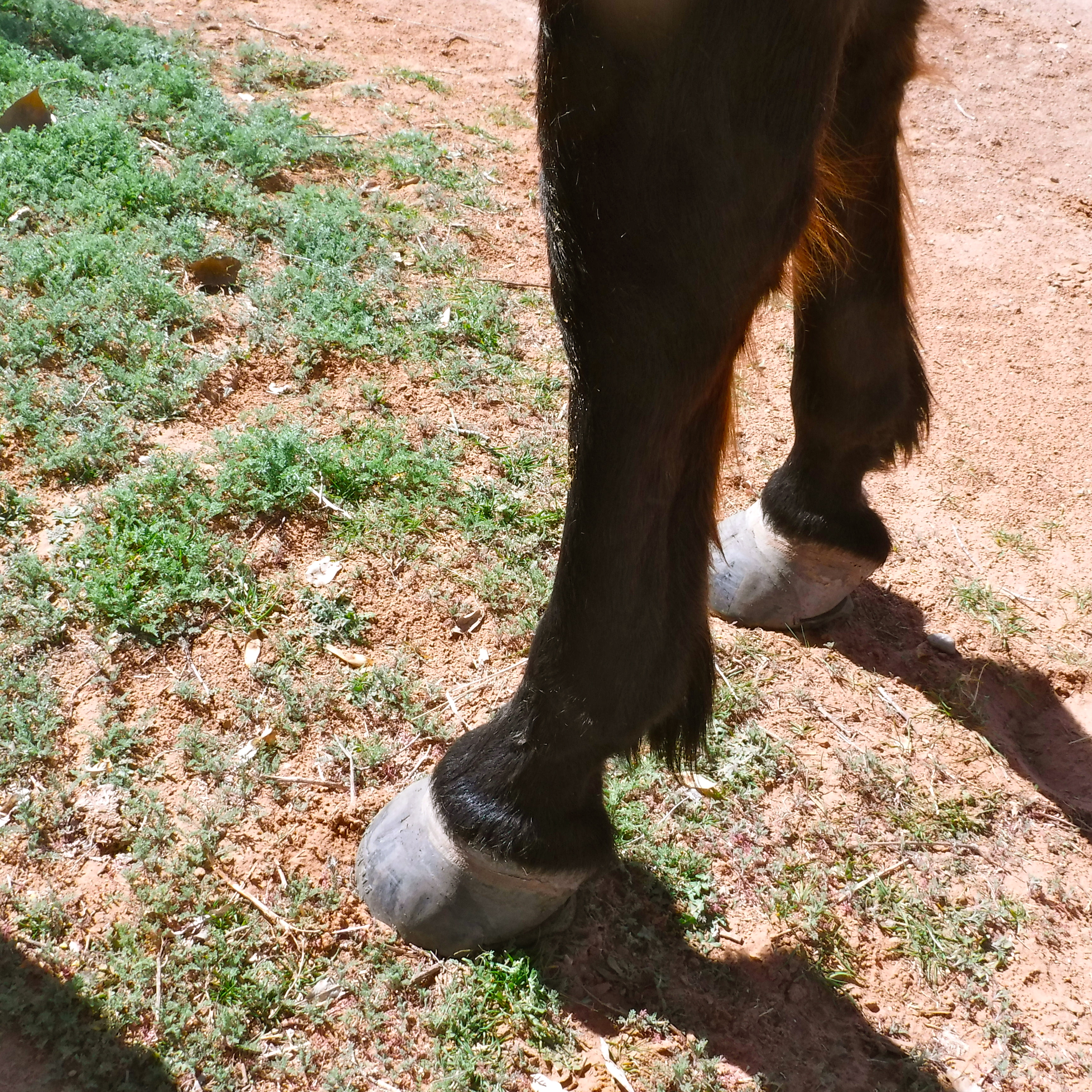 These are a few aspects of the Flip Flops, applied to GE Seastar, after completing two 50 mile endurance races, one at 20 Mule Team in California, the second one at the Old Pueblo in Arizona. These Flip Flops have now been applied for 4 weeks. Notice how well the borders are still intact. There is no separation of the seams whatsoever.

Now, I could leave these boots on for another two or three weeks and enter the Antelope Island 50 in a couple of weeks. But it is spring time, the horses hooves grow very fast and the hooves are growing faster  already anyway when using EasyCare products, be it the EasyShoes or the boots that are permanently attached, like the Glue-Ons or these Flip Flops. Through the constant stimulation of frog and sole, hoof growth is accelerated. That is a good thing. So, I decided to pull them already now and apply new ones for the new events in the future.

The wear of the soles of the boots is very minimal, just like we are accustomed to from all the other EasyCare boots and shoes. The trails on both races were a mixture of sand, gravel roads and rocks, so relatively abrasive.

The EasyCare Flip Flops are designed to also be used with the Therapy Click System. 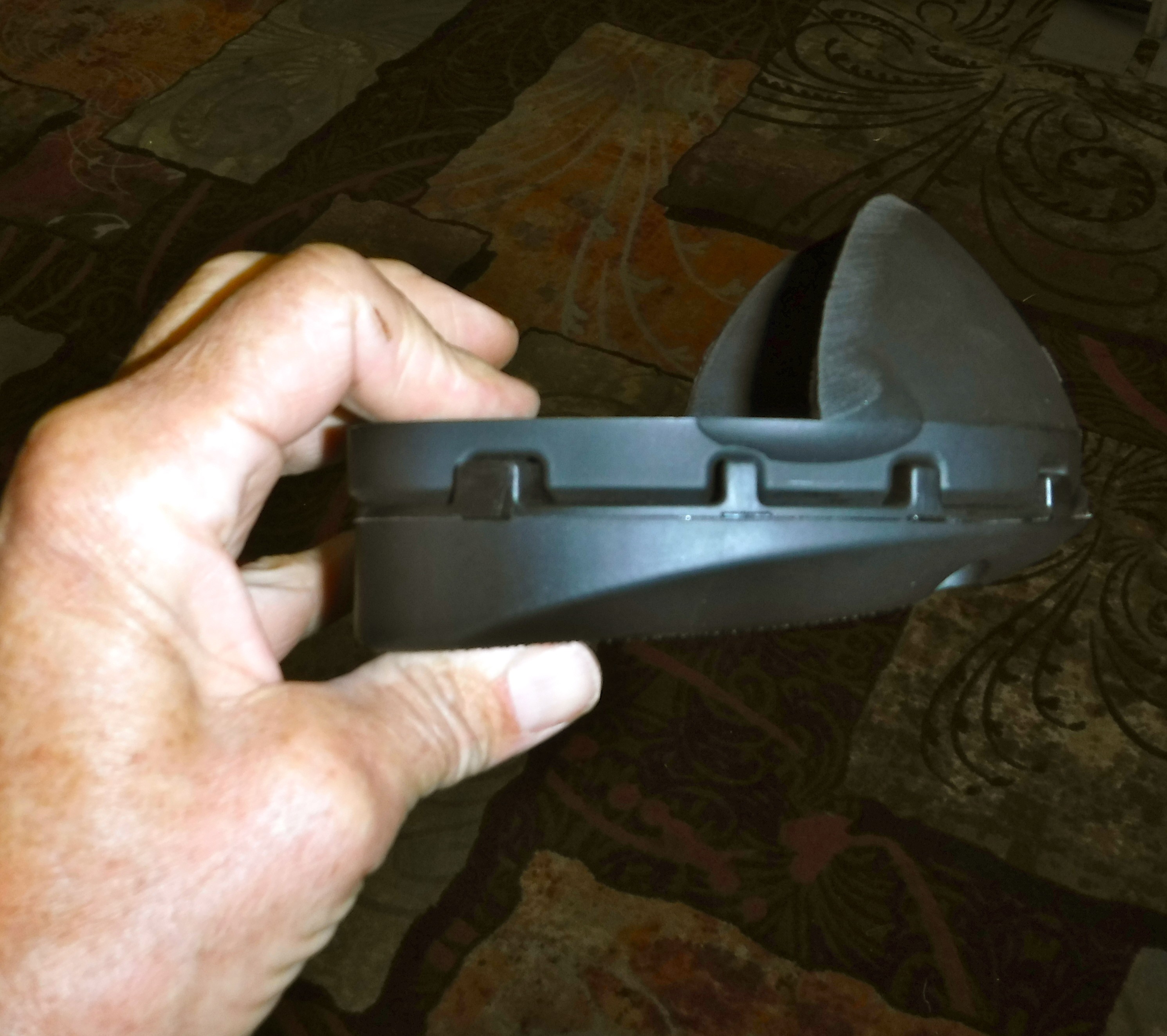 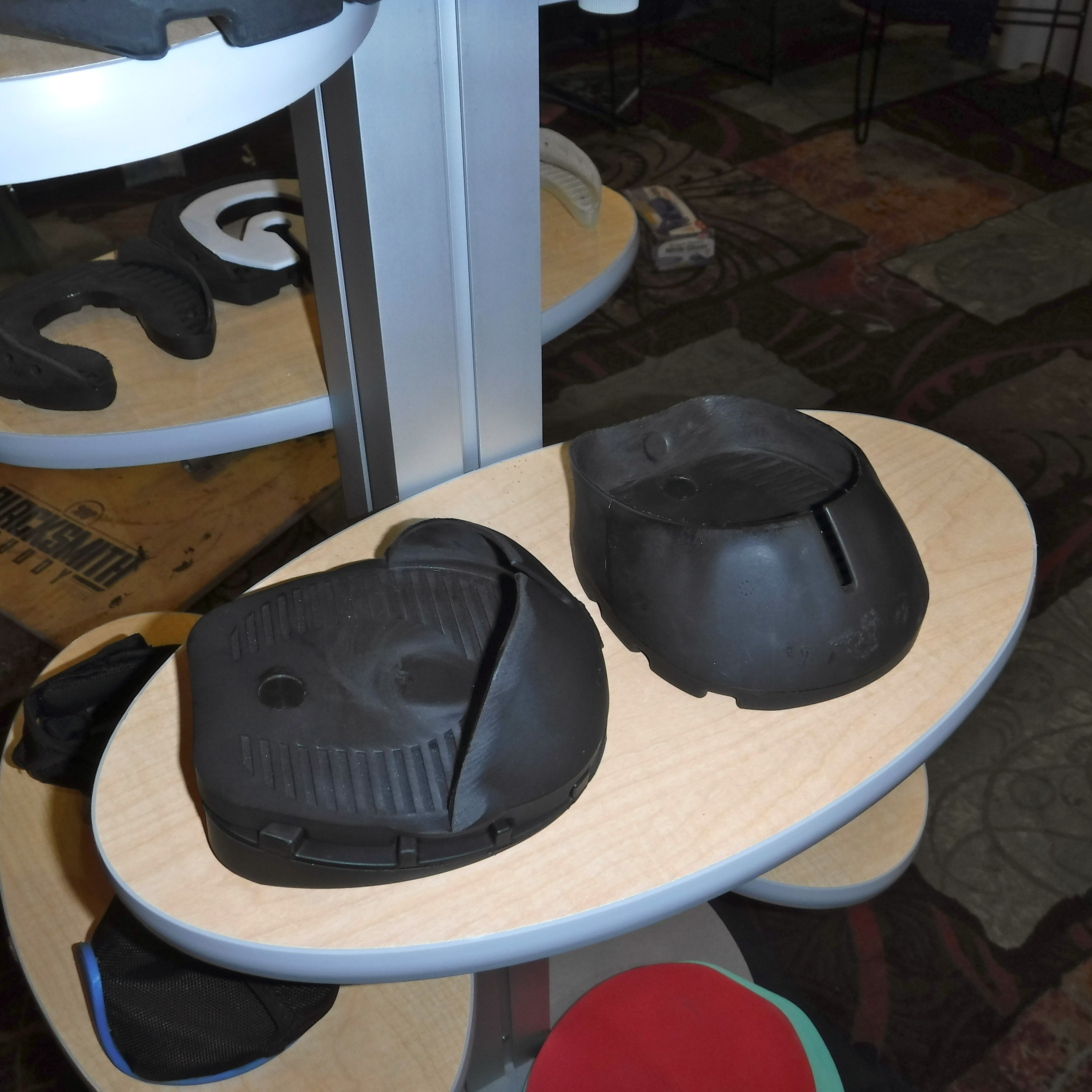 The Flip Flop (with the Therapy Click System) and a Glue-On displayed together at the AERC Convention Trade Show.

At some point in the future we will discuss this system as well. It has worked very well for rehabbing foundered horses.

A couple of pointers for the application that might come in useful when you are applying the Flip Flop for the first time. As mentioned above, take the time to learn about the application method by watching Garrett Ford’s video. Then, when placing the Flip Flop with the glue applied onto the hoof, hold it for a few seconds before placing it gently onto the ground. It helps if the tip of the hoof is placed onto the ground first so the dorsal hoof wall stays well inside the boot. Because there is no rear support, with some horses the hoof might slide backwards out of the shell. Also, because the hoof is only surrounded by the shell in the dorsal half, the horse can twist the hoof much easier inside the boot and loose the alignment. Keep the horse’s leg very quiet till the glue sets and avoid any kind of twisting.

So, what is next on the agenda for me? I now want to enter a 100 miler with them and see what results I might get then. I will keep you all posted.

These Flip Flops are really growing on me. I have always been a great fan of the Glue-Ons, but I just might have to move the Flip Flops to the top of the list.

From the desk of the Bootmeister: