The sport of eventing, with its origins in the cavalry, requires horse and rider to complete three phases of competition—dressage, cross country, and show jumping. Horse and rider must be agile, fit, and skilled.

Last year, after pulling the steel shoes at the end of the eventing season, I noticed that Zabou’s heels looked more crushed than they do when he’s barefoot. His frogs also looked less healthy due to lack of stimulation from direct ground engagement. We decided to try the EasyShoe Versa Grips instead of the same steel shoes for this eventing season.

The Versa Grips are rigid enough to support the foot during the landing phase of the jump, while still allowing the foot to expand and contract as the polyurethane material flexes and absorbs shock. The frog support on the shoe stimulates circulation when the foot is on the ground and releases that pressure as the foot lifts off the ground, mimicking an unshod hoof. 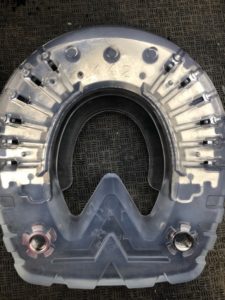 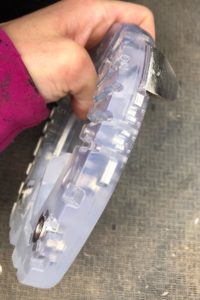 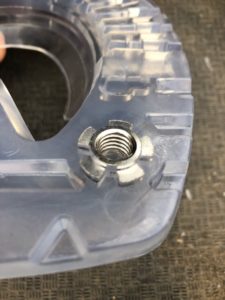 Zabou performed excellently in his Versa Grips. He had no issues with traction, and he was able to maintain his athletic abilities in the new shoes. At each reset his frogs maintained their integrity and his heels showed no sign of degradation. Overall, his performance is the same or a little better, but the foot is definitely healthier.