The Kenlyn Urban Challenge was held last week in Aurora, CO for it’s 20th season. I was fortunate to be able to ride the LD with my friend Michelle Harrigan, who was sponsoring junior rider Mercedes Muldoon. We had a great time, even though all of us were worried we might not get there!

The one-day ride was scheduled for Saturday, April 24th. Colorado weather in April is finicky though, as we can have 70 degree weather one day and snow the next. The weekends leading up to this ride had been gorgeous 70 degree days and we were able to get in some nice training rides. Starting last Tuesday though, rain and thunderstorms were the order of the week. Come Friday, riders in the area were getting concerned, as many around the Denver area were then experiencing snow (12 inches plus just an hour from the ride site). It was still falling and the forecast was calling for more on Friday night.

Facebook to the rescue!  Linda Fisher and Randy Winter put out the call for a vote. Should we move the ride to Sunday when the weather is supposed to be sunny and 60? All involved said YEA! This would give people time to dig out, for trails to dry out a bit, and for Linda to re-route parts of the trail in the river bottom that were now flooded.

I arrived on Saturday afternoon and ride volunteers were in full force directing the parking of rigs.  The fields they normally park the rigs in were either flooded or way too muddy to pull a rig into. So we all creatively parked our rigs along the street. Now that’s what I call an urban ride! 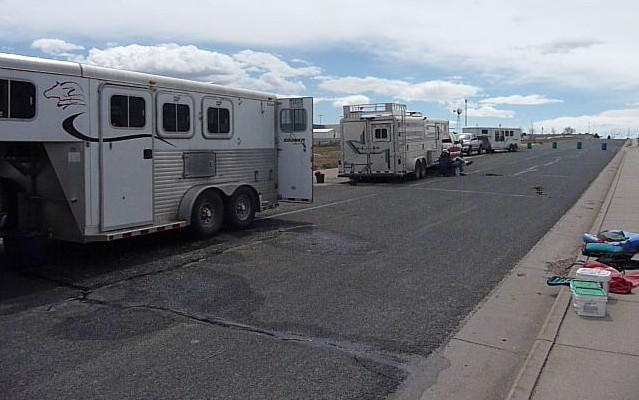 We still had room to set up fences, panels, hi-ties, etc.  Here’s a picture of my boy Aidan (Baby’s Hasty Bay Flyer) in his digs for the night with a school in the background. 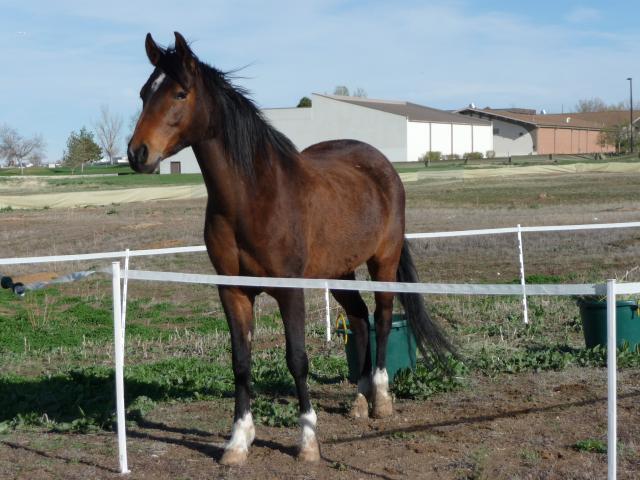 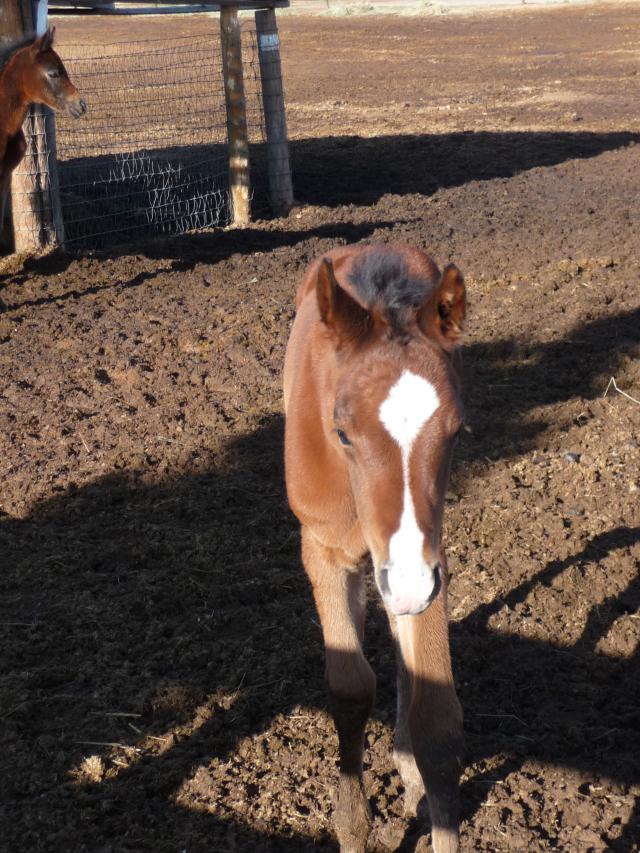 After we were settled in and registered we took a walk to see the extremely cute Kenlyn babies; this one was really curious to find out what I was doing!

As night fell, a streetlight graciously kept Aidan illuminated through the night so I could always look out and check on him; and the nearby Buckley Air Force base played Taps promptly at 10 PM to remind us to turn down the beds and turn off the generators.

Wait though…I forgot I learned a little booting lesson before we went to bed. I was confident I had my boot situation all figured out by the end of last fall. Keep in mind I have not been training in boots leading up to this ride though, as we had been riding where the footing did not demand boots. And besides, I am a smug rider who has her boot fit down pat! Uh….WRONG.

I put on Aidan’s front boots (Gloves) on Saturday night; and there were huge gaps, with Powerstraps already on the boots. There was no way these boots were going to stay on. So the good news is, I think my trimmer did a really nice job getting the flares on his front feet under control over the winter. The bad news, no booting for me for the ride since I was not ready to try new boots in a new size the day of the ride. More good news though, the footing at this ride did not require boots, especially with all the rain we had in the last week! So we went barefoot on all fours and Aidan got a really nice truly natural trim from all the sand. I already contacted my trimmer so she can order some new Easyboot Gloves! 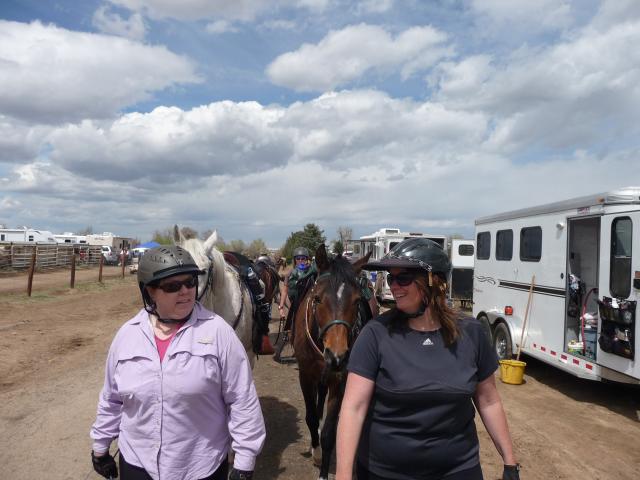 The weather on Sunday morning was gorgeous and the ride itself was surprisingly beautiful for a true urban ride. We rode along sandy creek bottoms, crossed the creek (some places up to the horses’ bellies) several times, and there was lots of lush grass along the trail for the horses to munch on. We did have urban aspects though: golfers, city buses and soccer players, oh my!  Underpasses (with traffic rumbling overhead) and rifle fire (from the nearby Air Force base) were also part of the fun. We cannot forget our garden variety horse-eating logs, stumps and rocks along the creek bottom though, which I think Aidan spooked at more than anything else!

Ultimately, our horses all completed the ride nicely and in good shape; we were happy.

People had to move quickly to leave though, as the clouds were rolling in for the next round of weather. Yes, I woke up the next morning to a nice dusting of snow in my yard. I can’t believe there was just this tiny window of weather for the ride, and we took full advantage of it!

Thanks Easycare for a great start to the season; and thanks to Linda Fisher for putting on a great ride and being flexible!