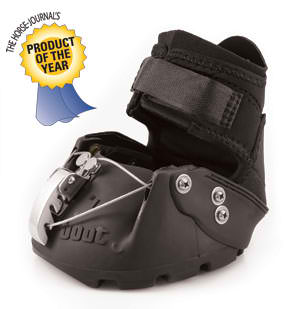 Nothing ever goes as planned. You’d think I’d be used to this by now. My main man, Bite, was scheduled to do two days at Cooley Ranch on June 9th/10th. Unfortunately a couple of weeks prior to the ride he presented with puzzling symptoms which ended up being Scratches Gone Wild in his left front leg. He developed cellulitis in that leg and spent 10 days on antibiotics. His course of treatment was completed just days before Cooley Ranch but I didn’t feel comfortable asking his stressed system to tackle such a difficult ride.

Brandy really doesn’t deserve to be called a backup horse, but lately that’s what she’s been. I felt she was fit, but wasn’t sure about asking her to do Cooley as her first ride of the season, given it’s degree of difficulty. But I tried to look on the bright side and was very excited to have an excuse to test out her new style Epics.

At one point last year I made a wish that Easycare would make the perfect boot. For Brandy, this would be an Epic with it’s ability to accommodate a 12mm comfort pad, but with the more beefy tread of the Glove. Someone at Easycare was listening and this month they released that very boot. Not only do the boots have improved tread, they also offer better break over and an improved buckle system. Genius.

Cooley Ranch is known for it’s endless, steep climbs. We all know how steep climbs will test your boot fit. And if steep climbs aren’t enough of a test, adding multiple water crossings before each steep climb can provide an even better test. The footing offered a little bit of everything. Very little gravel roads, some creek beds with deep sand, and a ton of really beautiful dirt roads with loose rock here and there. I did quite a bit of footwork on the downhills (more like sliding downhill) and let’s just say Brandy’s Epics had much better traction than my running shoes. 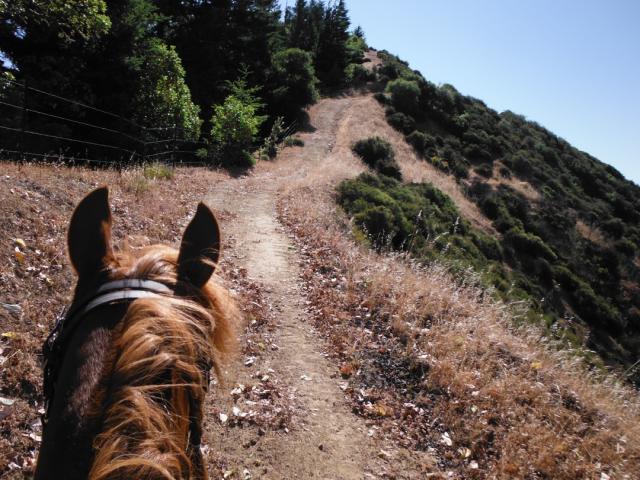 One of the many endless hills. Photo by Katie Azevedo

We spent most of the day riding with my absolute most favorite friend in the world, Katie, and her beautiful mare, Nona. Nona wears Gloves and for this ride Katie chose to use Sikaflex and athletic tape for added security. Nona’s gloves performed beautifully and stayed on over the challenging terrain. Brandy also wore Gloves on her hind feet with the same tape/Sikaflex combination. As I was applying her rear boots on Friday I made a mental note that the LH could have used more athletic tape. As I predicted, we lost that boot about a mile from the finish on the last bit uphill (moral of the story: when you think you’ve used enough athletic tape, use more). 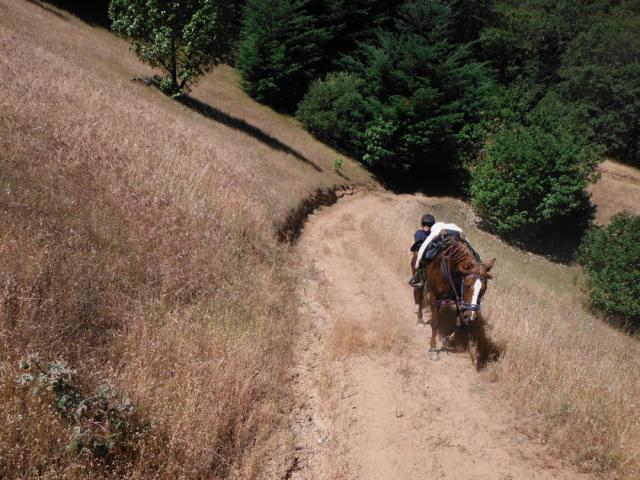 Brandy and me puffing our way to the top of a hill. It’s steeper than it looks. Photo by Katie Azevedo

I was worried about Brandy’s Epics collecting the course sand/small rocks from the creeks. Many of the water crossings had areas of deep sandy footing with small rocks that swallowed the entire hoof. A couple of times I dismounted and removed small amounts of sand/rocks from the heel area of all four gaiters. At the 35 mile vet check, just to ease my paranoid mind, I removed Brandy’s Epics and was pleasantly surprised to find very little debris had accumulated. I love how easy the Epics are to adjust and remove/reapply. Have I mentioned how perfect these boots are?

Brandy has been known to have very sensitive feet but with the combination of the new Epics and her cushy Comfort Pads, she was solid all day. I love Easycare for continuing to make improvements to their already successful, proven boots. I can’t imagine how the Easycare product line could get any better but I’m thankful they continue to evolve to serve a wider range of horses with different needs! Brandy thanks you for making her the perfect boot! 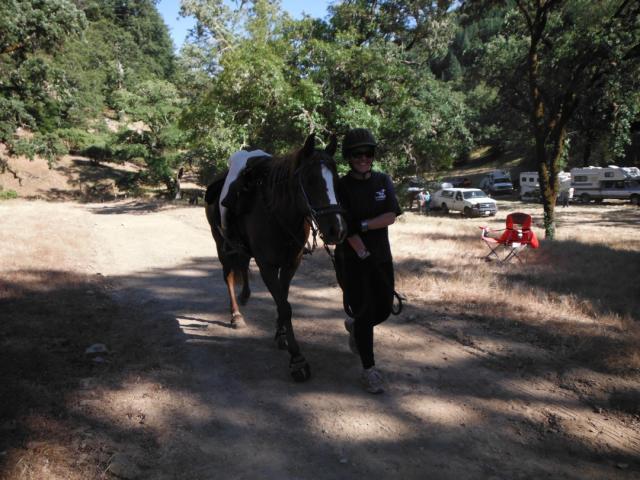 Happy horse and happy rider at the end of a tough, successful 50 thanks to our new boots. Photo by Katie Azevedo

And thank you to Cynthia Ariosta and Forrest Tancer for hosting this beautiful ride. We felt privileged to ride through such beautiful country and we’ll definitely be back.