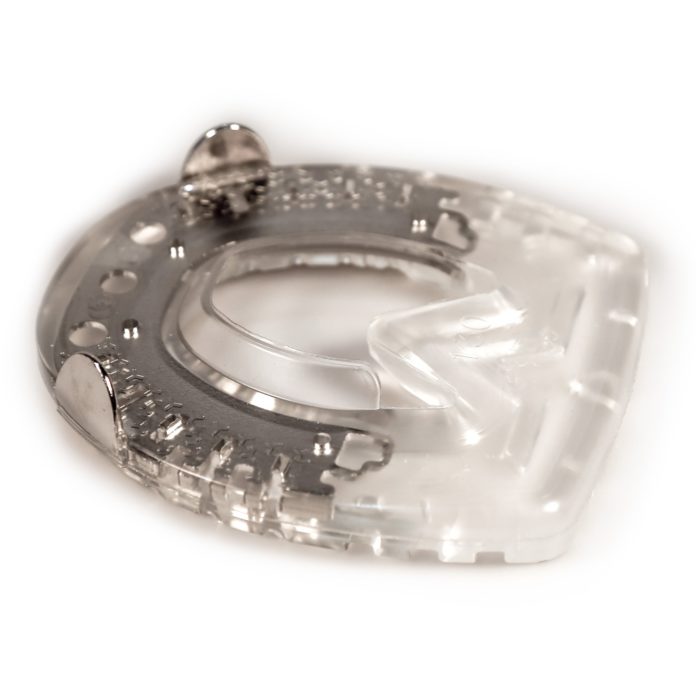 We wanted to share a review that our customer, Robin, sent us about her experience with the EasyShoe Versa Grip. Thank you so much for your honest feedback, Robin!

My 1500lb Oldenburg used for eventing and dressage developed chronically (and extremely) sore heels on all four hooves by the time he was four years old. After six years in “therapeutic” shoes, he was ten years old with no digital cushion to speak of, no heel growth, thin soles, long toes, and sore heels. He had stopped jumping completely by this time. He was misbehaving for the farrier, and his performance, muscle development, and demeanor were all poor.

We tried going barefoot for seven months (including hoof armor, lots of boot attempts, etc.), and all we had was a constantly stone-bruised, sad, and dejected equine. Thankfully, this horse has always had a thick, solid hoof wall.

I found a new farrier who would openly dialogue with me about the horses’ needs, and he proposed flip flop pads. They really helped his heel-soreness, but the package cost $65 in materials alone for just the front feet (basic steel shoes are $10). Applying them took about an hour and a half to measure, trim, and fit the pad/shoe combo, and I had to use studs for almost every ride to keep the horse trusting his feet. The farrier labor alone cost approximately $200 for just the front shoes. However, after five months of using this package, he was no longer heel sore on his front feet!! 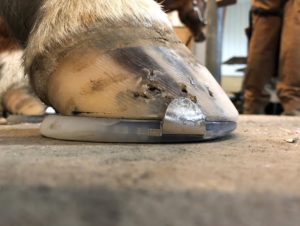 Ecstatic about the progress, I started to investigate polyurethane options for his hind feet that were still heel-sore, and something more time-efficient for the front. I purchased both the Duplo and EasyShoe Versa Grip versions. I decided on Duplo for the hind and Versas for the front. His hind heels were no longer sore three weeks(!) after the shoes were applied. His front heels have not relapsed into heel soreness, and he has MUCH better foot confidence (traction). We can also get his toes trimmed back better than in the flip flops.

-Easily lasted his 4-week cycle (we work 6 days a week, often in a stone-dust arena and sometimes do gallop sets on a pea-gravel driveway, so they got some real abrasion)

-The stud sockets fit standard US stud diameters!!! (The Duplos do NOT, which rendered the hind stud sockets useless unless I purchased their proprietary size)

-He got a stone bruise next to his LF frog (lateral side), which caused an asymmetrical wear pattern on that shoe/hoof. As a result, the polymer heel material bowed up into the frog and made his heel sore the last three days before being reshod, at which point the stone bruise was detected. 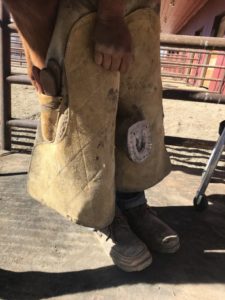 -Farrier was delighted with their ease of application

-He noted that he liked the 12 nail holes vs. the Duplo’s 8, and the wider toe/clip settings on the Versa

-The material was easy to work with on the grinder and didn’t require much except to bring in the heel edges.

-The speed of application was comparable or faster than a regular shoe, and about a third of what we were doing for this horse. (Time=$)

-We are going to keep using these shoes until and unless the horse says otherwise!

-Before the stone bruise, the horse moved as optimally as ever.

-Horse was more confident jumping and galloping over varied terrain due to more natural traction patterns on landing and concussion absorption on very hard clay or gravel surfaces.

-Studs were easy to use with the embedded holes–but didn’t need them nearly as often due to shoe pattern!

These are great shoes and we (farrier, owner, rider, and horse) are excited about the performance progress we have made while using them. We will continue using them into the foreseeable future!

Thanks for all that you do,