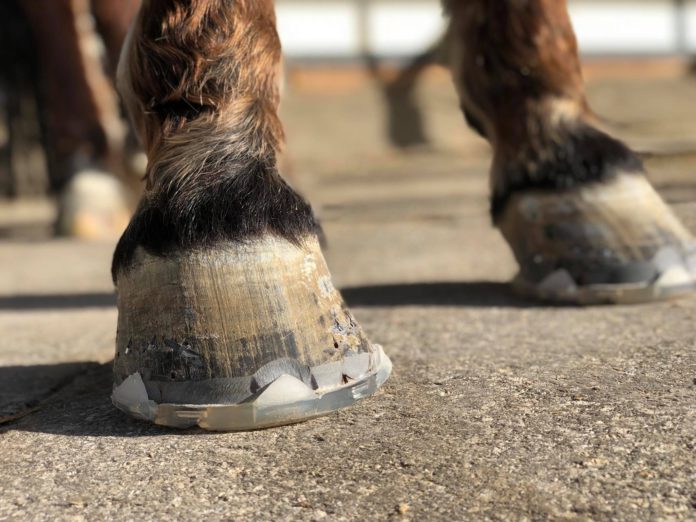 Atlas, a mustang came into my care about 7 years ago. His owner, Megan, moved to Los Angeles from Seattle and brought Atlas to an eventing barn. What makes Atlas an interesting case is that even with strong mustang hoof walls and soles, he grows ferociously straight forward with long toe/under run heels if not kept in check. So steady, consistent trimming has always been a vital part of his hoof care.

When I began with him, his heels were fairly contracted with a narrow frog that protruded significantly higher than his hoof wall, which I wasn’t thrilled about because I could not reduce heel height safely without risking sensitivity. An on again off again soundness issue was diagnosed as degenerative joint disease within the coffin joint. To reduce stress on that joint, the veterinarian recommended we use shoes in order to cut back toe and enhance breakover.

These were the days before I had given up steel, so I outfitted him with a set (which, of course, I had to grind the heck out of so as not to create excessive pressure on those protruding frog heights). He still struggled with some lameness even after the metal shoes were put on and we found that by keeping the toe back with 4-6 week shoeings was imperative to keeping him sound. Additionally, since his diagnosis, the vet would come out to give injections to his joint every 6 to 8 months. In time, however, I could tell the steel shoes were doing nothing to help a narrow frog and contracted heels.

As a farrier out of Cornell Farrier School, it seemed natural to progress to the EasyShoe Performance NG for those horses needing a little help beyond barefoot—and to also have another tool in my belt aside from booting. Barefoot was my specialty, so EasyShoes made sense from a natural hoof care prospective and they were slowly beginning to replace steel in my work. Atlas was the last of my horses still in iron. 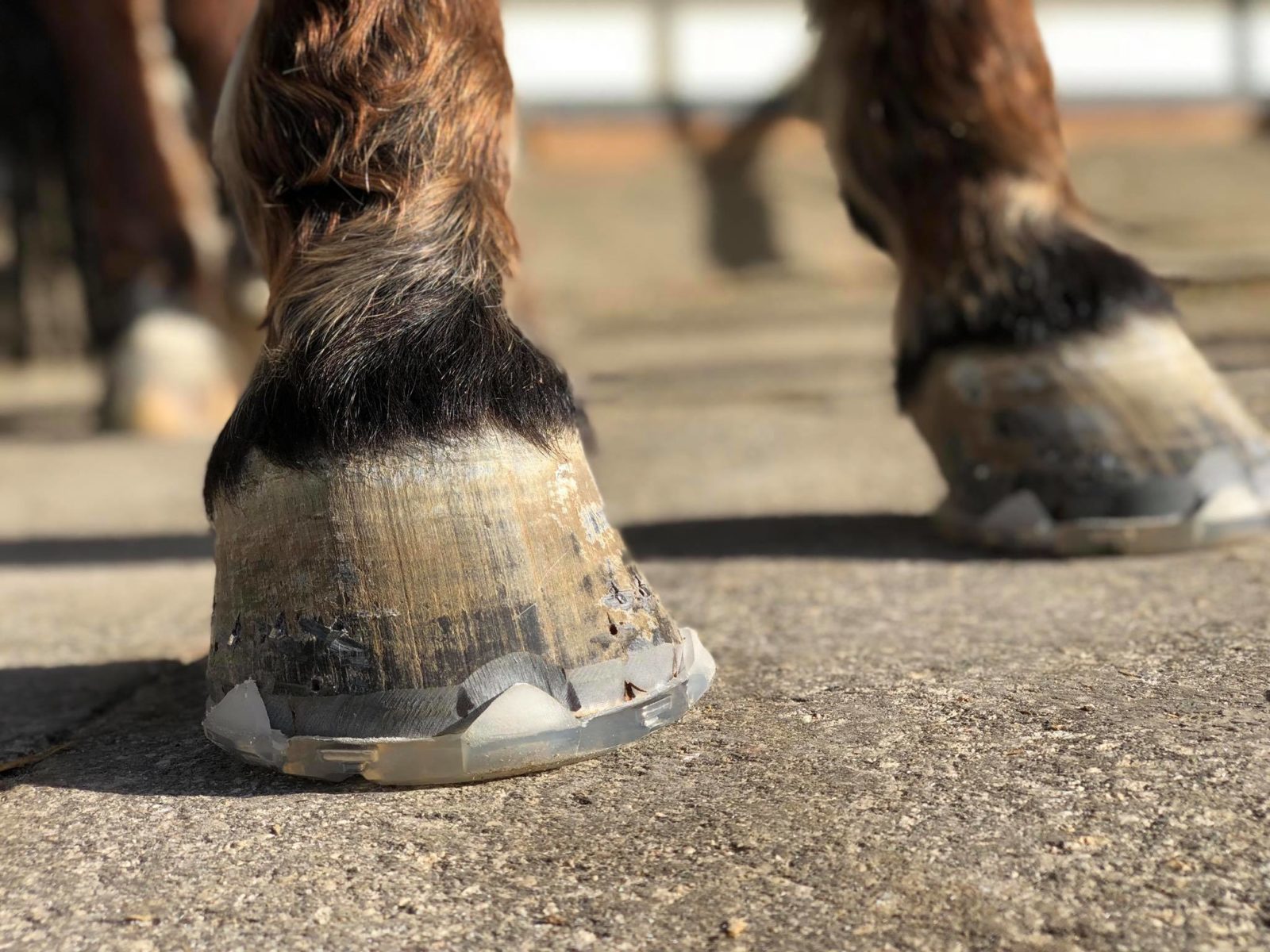 I mentioned to Megan that the EasyShoe Performance N/G shoes could be a perfect compliment to the veterinarian’s prescription, which would allow for better expansion of his foot and provide the freedom for his heels to spread. So we pulled the metal shoes and started with EasyShoes. 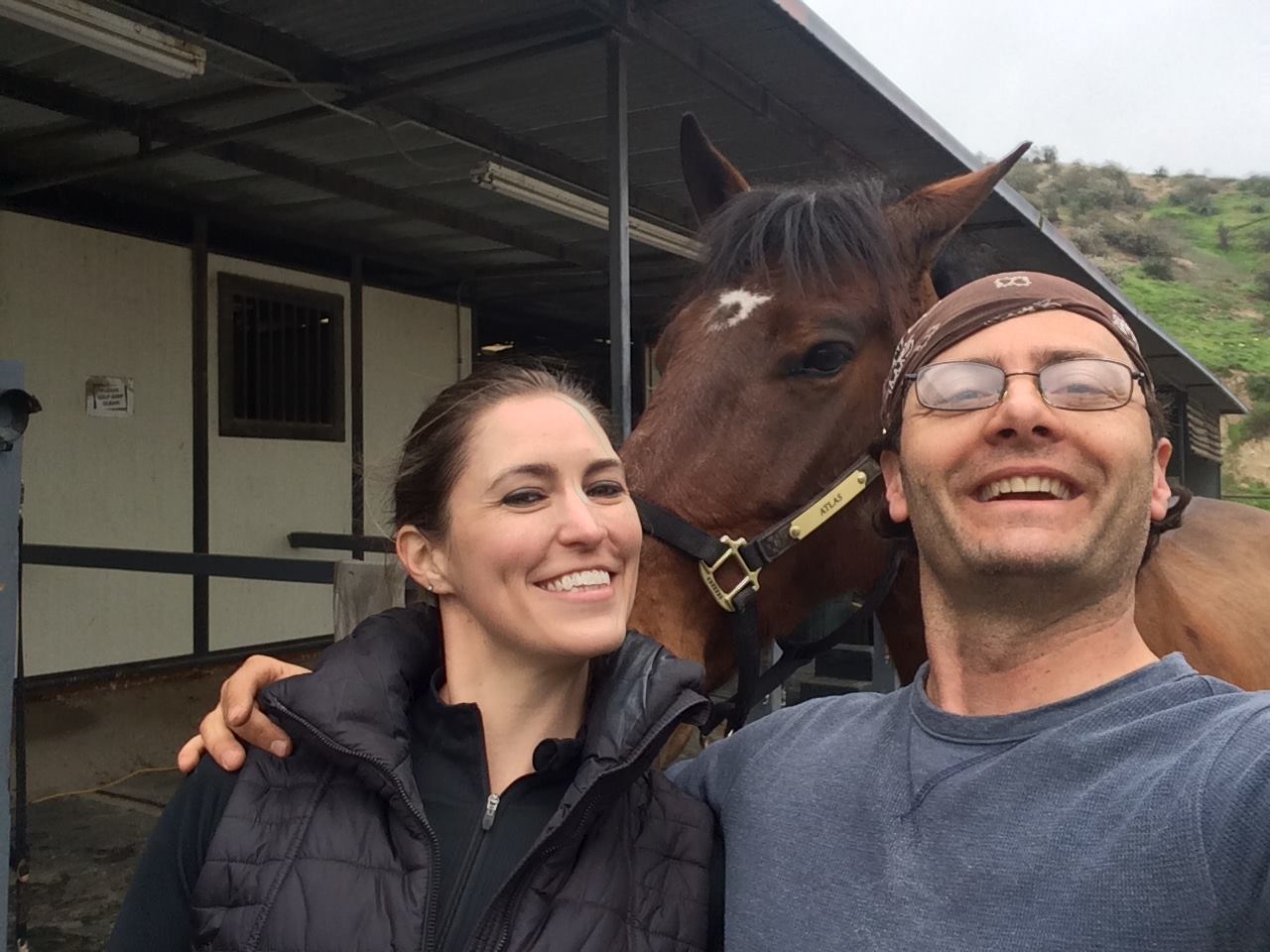 That was 3 years ago, and now Atlas is a much happier horse. His heels have spread astonishingly, more than I had anticipated, and he has a wide frog to match his thick, mustang hoof walls and sole. His injections last almost twice as long and he doesn’t miss a step on the jumping course with the EasyShoe’s tread. As his owner says, “Atlas lives for the cross country portion of the eventing discipline. And he’s now becoming proficient in stadium jumping as well—novice level (3’3’’  jumps).” 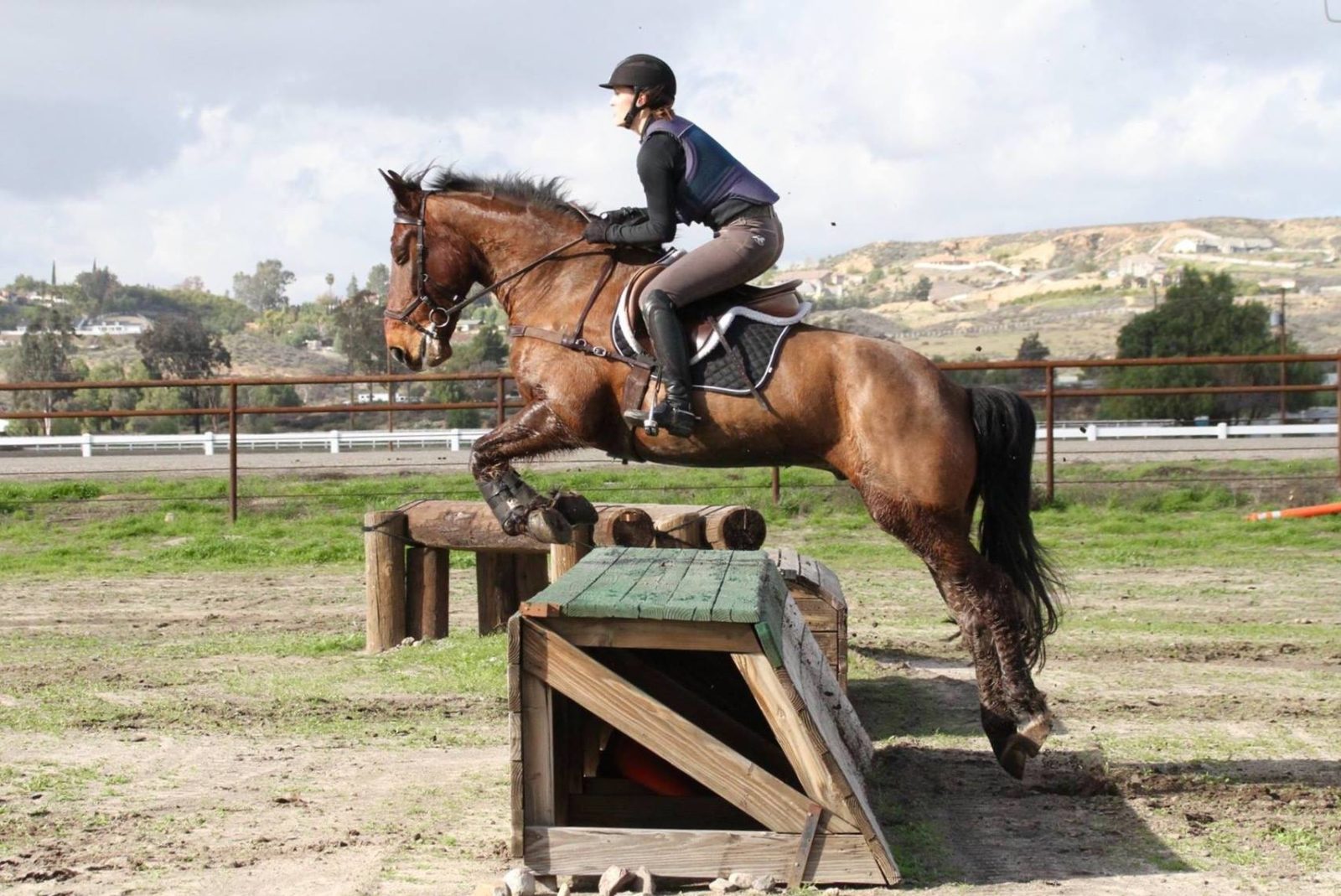 As for me, I put my last steel shoe on 3 years ago and now use the EasyShoe Performance N/G’s regularly in my craft. They have proven to be an excellent tool for rehabbing as well as providing support within specific equine disciplines that typically require steel shoes.