Sarah lives in Ireland. She recently emailed me about her Connemara pony, who suffered a serious bout of laminitis. Sarah told me that the pony, Blue, got his first bout of laminitis about four and a half years ago. She said it was a miracle that he survived. His coffin bone was 2mm from coming through the foot. With time and care, he was hunting again.

Then, last July, he suddenly went, what she called, “footy” on both his hind legs. He ended up with a simple “drop” in one of his front feet. She said that he never showed signs of lameness on his foot or heat or anything. The Vet put him on antibiotics, which surpressed everything. Then the coffin bones started to rotate and they were lucky to stop them. Sarah said she then brought Blue to a top class Vet in Ireland. Blue came down off the trailer, the Vet got out a knife, drop released and recovery began.

They had special shoes made for Blue and he also had a dorsal wall section.

While Sarah is aware that EasyCare does not recommend the use of metal shoes with hoof boots, due to the problems of stabilizing the pedal bone, her Vet and Farrier recommended putting frog supports on him and using the Easyboot RX with them.

I explained to Sarah that as soon as she would put a metal shoe in an EasyCare boot, she would negate the warranty. She said she wanted to follow her Vet and Farrier’s advice, stating that they will not allow Blue out of metal shoes.

Sarah said that the Vet thinks that, in time, it may be possible to remove Blue’s shoes completely and just use EasyCare protective horse boots. She said that in the long term, she wants to consider using boots instead of metal shoes, but for now, she wants to use both. In fact, she will be using the EasyCare RX boots for light turn out, but has also purchased a pair of Easyboot Epics. She said Blue has started to pick up speed now and she is hoping that she’ll be riding in a few months.

Blue is short for Glensheen Finn and he is a purebred Connemara. He has won lots of red rosettes in his day, but Sarah said, more importantly, he is her best friend. And what best friend doesn’t go to your wedding? In fact, this best friend took her to the wedding. 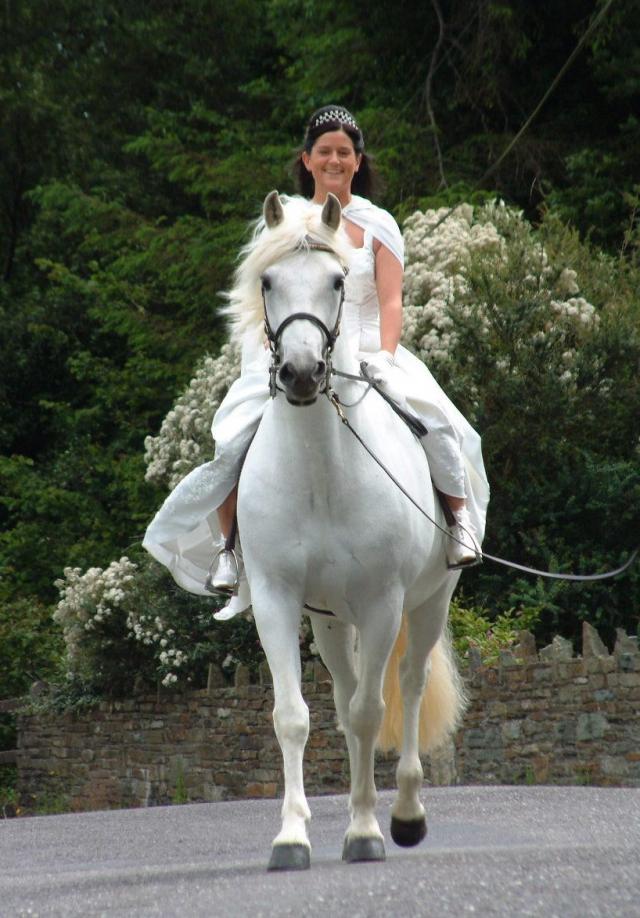 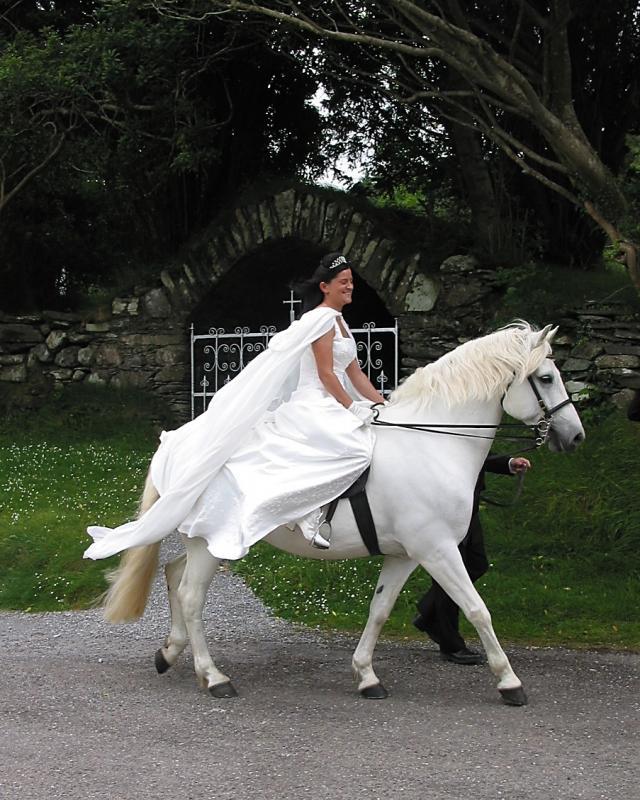 Sarah’s sister lives here, in the US, in Washington; however, Sarah is acting as her sister’s wedding planner in Ireland. As a thank you, Sarah’s sister wanted to purchase the EasyCare boots for her. I referred her to Action Rider Tack, she purchased the boots and they are on their way to Ireland.

As a side note, Sarah also sent this incredible picture of her Connemara stallion. 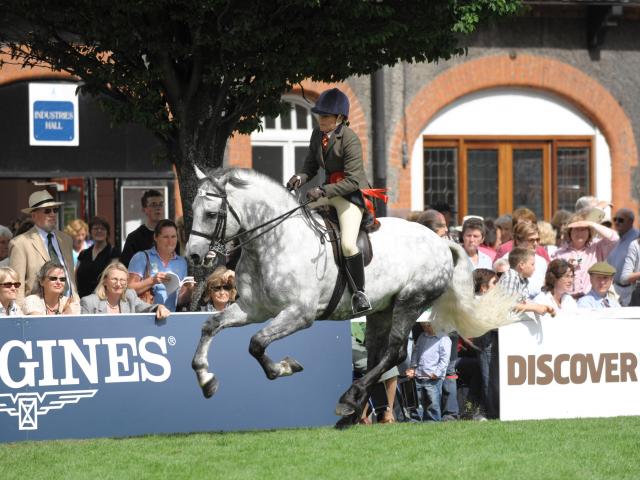