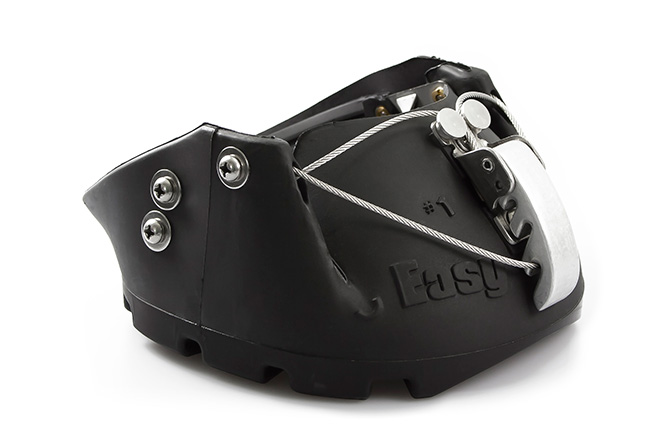 The Original Easyboot will no longer be produced after 50 years in production. EasyCare’s original product, released in 1970, has shaped the equine marketplace and was the first hoof boot ever produced. The Original Easyboot not only created the hoof boot product category, but it paved the way for all other hoof boots to follow.

It’s been a tough decision for EasyCare to make this change, but our product line has advanced and technology has improved.

Some of the many accomplishments of the Original Easyboot:

EasyCare will continue to produce and inventory replacement parts for the Original Easyboot and take care of the thousands and thousands of boots still helping horses in the marketplace. To the next 50 years.