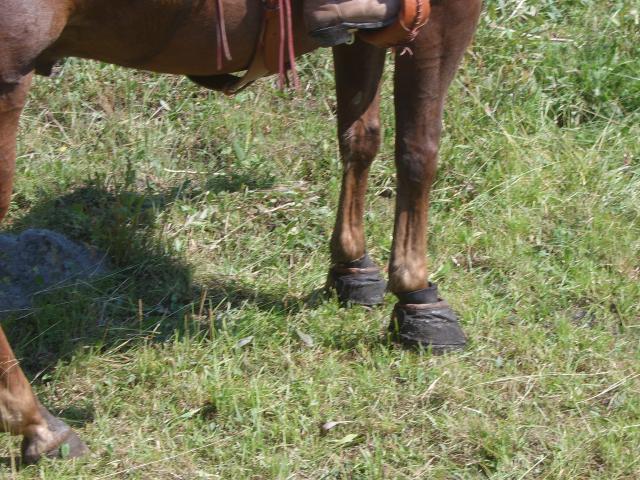 The following is from Kelly Robinson:

Just wanted to send some pictures of our Morgans on the trail in their Easyboots. If you remember, last fall you helped me find protective hoof boots (and in a hurry) for my husband’s Morgan, Red. My husband was a tough sell on these boots, but last fall, he knew if he wanted to go on a cattle drive, he’d need to boot his horse. It was the end of riding season and shoeing Red would have been a big waste of money, not to mention that I felt shoes were compromising Red’s laminitis-compromised hooves. I was impressed that you remembered that my husband has a medical condition and needed a boot that not only would stay on, but that would be easy on and easy off as well.

I am happy to report that your recommendation of the Easyboot Trail was a huge hit for both my husband and his horse, Red. The cowboys and cowgirls on the cattle drive gave him the typical ribbing, but by the end of the two days, they all ate a little crow and admitted that the boots were functional and never once came off, even when they rode through a muddy, marshy area. 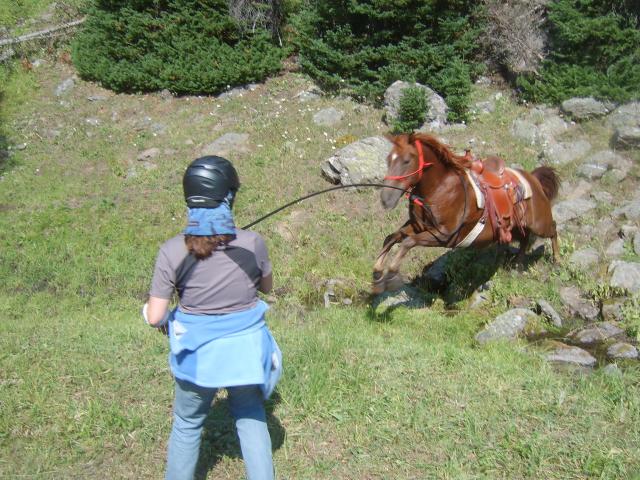 Red is celebrating his one year anniversary of being a booted horse and he has not been lame once since being barefoot. David is sold on Easyboots and is looking forward to getting Red a pair of the new Easyboot Back Country boots next spring.

Thanks again for all of your knowledge and professional help. I had given up on trying to convince him to let Red barefoot. 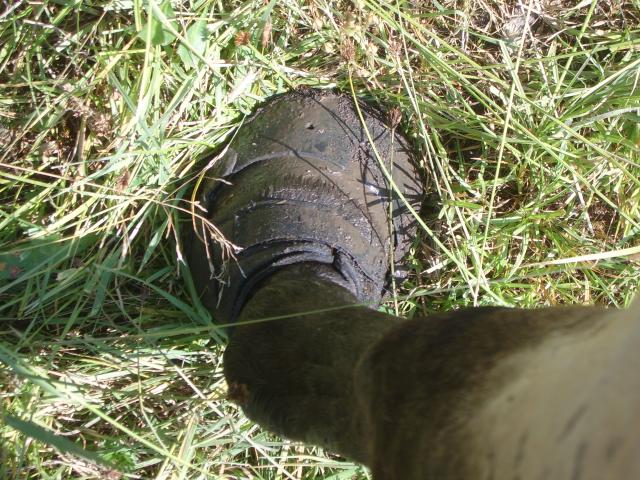 PS – I’ve had Pearl’s Easyboot Gloves for three years now and they are still going strong!