Milemakers just got a new horse in for training and conditioning. She is an 8 year old, retired Arabian racehorse who has found a new career in endurance riding. Her feet were long and in shoes. We suggested to the owner that she might consider a natural hoof trim and some protective hoof boots.

She agreed to let us give this approach a try. We encountered a large abscess upon removing Ginger’s shoes and starting the trim. The corner of Ginger’s foot oozed of a stinky tar substance. 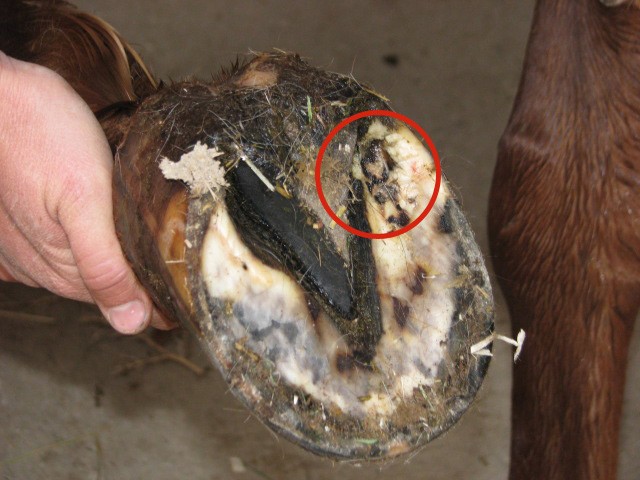 No problem: EasySoaker to the Rescue. 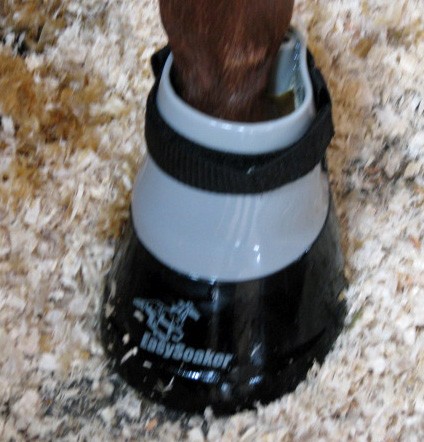 It was so simple. We cleaned up her hoof with the hose to get off extra dirt. From there we mixed up some betadine, epsom salts and warm water. The EasySoaker was fitted to the foot and then we poured the mixture in the boot and let her soak.

The application was not only simple, but less time consuming then standing with a horse in a bucket. It was so nice to put Ginger in her stall with some food, and let the boot do the work. 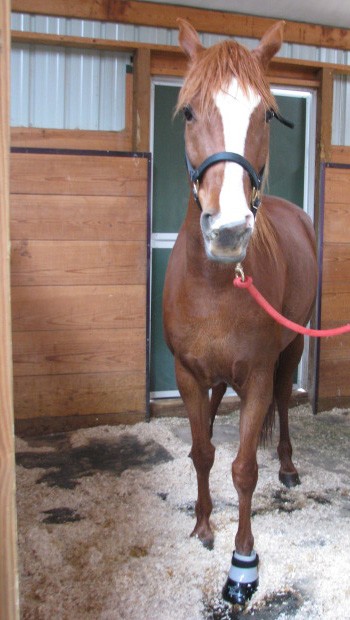 I think she is smiling in this photo.