When I first met Mornings Minion and his owner Joanna it was a sad sight. The horse was very underweight and very lame. He had recently been rescued form a farm that had not understood the needs of an off the track thoroughbred. Minion was born in England and raced in three countries until he was 8 years old at which point he was retired and dumped by his owner on said farm. 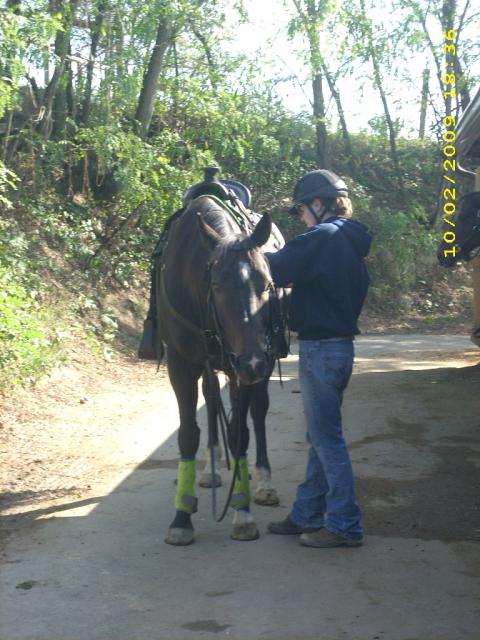 His owner was at a loss as to how to help his very painful feet. He had very thin soles and paper thin walls, and he kept ripping his shoes off along with large chunks of hoof wall. When she asked her farrier about boots she was told that the horse would always need shoes and that boots were useless and that even trying to go barefoot would be a cruel thing to do to him. The guy had her in tears and frustrated.

All she wanted to do was help her horse to get better. Her vet also said that the horse would never be sound without shoes and pads on his feet. After all, Thoroughbreds have genetically weak feet, everyone knows this, right? But the shoes were making his lameness problems even worse.

Well when she discovered that I was trimming my own horse using barefoot principles, and succeeding in getting my mare sound, the owner asked me to take on her horse and try to help him. She was my very first paying customer. We put Minion into hoof boots right away and for the next 18 months he didn’t go on trails without his Epics on. In fact, for the first two months he wore them anytime he left his stall. People though she was crazy for taking the shoes off of her horse and even crazier to think she could turn a 10 year old race horse into a trail horse.

I am happy to say that 3 years has passed. Minion is 100% sound totally barefoot and a wonderful trail horse. We could not have gotten him there without Easyboots.