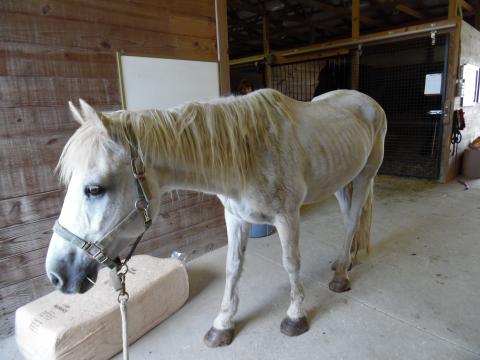 On October 8, 2015 I was given a horse that was down on his luck. Knowing that I am a professional trimmer, this friend of a friend gave Coal to me in the hopes that I could help him.

Coal was very badly foundered. Both soles in the front had penetrated, gone untreated, and become infected. His rear hooves were quite bad as well, just not as bad as the front. Upon x-ray examination by my vet the day he came home with me, I was told me that he had rotated distally 32 degrees on the left and 25 degrees on the right. After his examination, the work to get his hooves treated began. Trim, soak, dress, wrap……and a frantic call to EasyCare for some Easyboot Clouds. 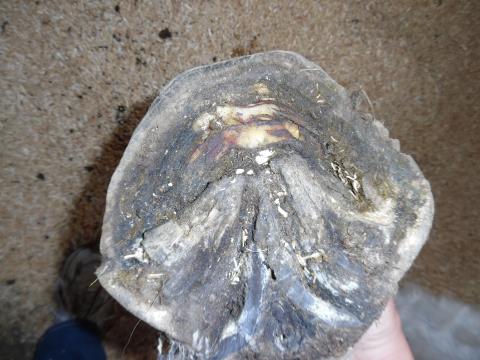 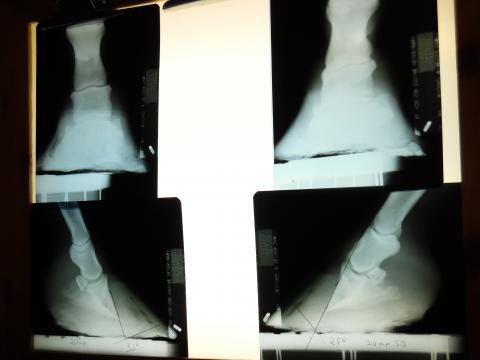 Enter the EasyCare team: They are, and have continued to be, THE best experience from a consumer standpoint that I have ever had. On my initial call they were friendly, knowledgeable, and after explaining my predicament, made sure that I got the boots the very next day, even though that next day was a Saturday. They were on my doorstep at 10 am.

I chose the Clouds because of the removable/replaceable EVA foam pads that are not only easy to replace, but are affordable and they work. Poor Coal could barely walk, and could not stand on 3 legs for more than a couple seconds without collapsing. The Clouds are very easy to take off and put on, they open up wide and the Velcro closures stay closed. 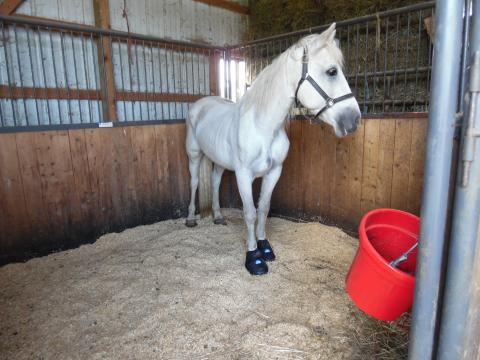 Coal wore his Clouds for six weeks 24/7, having them removed twice daily for treatment for the first three weeks, then daily for the next three weeks. They are still in great condition, even though they were worn by a horse on 24/7 turnout for six weeks straight, and occasionally after that. They have never come off before I take them off, which is really nice. The last thing I need to worry about with such an extreme rehab case is him losing a boot at some point during the day and him being in discomfort and potentially losing the boot to the pasture. 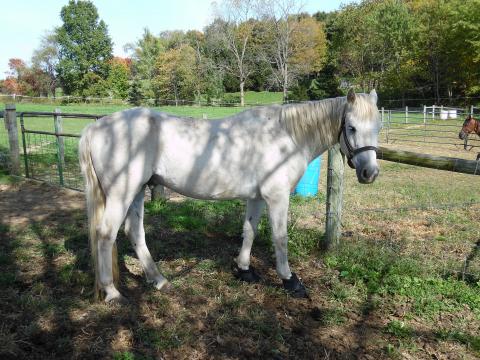 He has not worn his boots regularly for more than two months. Now at the end of January, it’s the dead of winter in Ohio, and he greatly appreciates having his boots on when the paddock mud freezes into clumpy concrete.
I just can’t thank EasyCare enough for creating this innovative product. These people really know their stuff, and make my job as a horse owner and professional trimmer a whole lot easier. Once Coal grows all of the abnormalities out of his hoof wall, I will be ordering him a pair of riding boots.
So, from Coal and myself: THANKS, EasyCare!