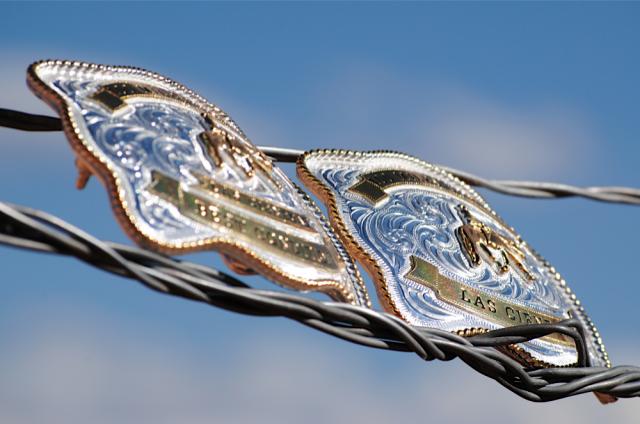 The ride awards at the 2010 Las Cienega 100: belt buckles. Photo by Tarnia Kittel.

Christoph boasts an astonishing 92% completion rate across more than 21,000 competition miles with more than 80 Best Condition awards and beats the next most-winning rider by more than 50 wins.

Born in Germany in 1953, Christoph was raised on a dairy farm and rode his first horse at the age of three as part of the annual town parade. Each year the horses in the parade would wind their way through town to a spring in the woods where the Catholic Priest would bless the horses before the riders set off into the countryside to ride. What an image.

To say that Christoph is competitive would be an understatement. Growing up as a gymnast from the age of six, he also took up running, track and field (3,000 – 5,000 meters), cross country skiing, triathlon, archery, biathlon, rowing, mountain bike racing and downhill ski racing. He also participated in other extreme sports such rock climbing, white-water kayaking and mountaineering. He has climbed to the 24,590-foot summit of Peak Somoni (formerly Peak Communism) in the Pamir mountains in northwest Tajikistan.

His interest in horses has never waned. He competed in some dressage as a juvenile: he enjoyed the discipline, the precision, being one with the horse and the need to pay attention to detail. But he did not particularly like to be confined – something he says he dislikes to this day. Even when he was competing as a gymnast, he was envious of his friends who were cross-country running because they were outdoors.

Christoph was in his 30s when he first heard about endurance riding through Ride & Tie events in the Salt Lake City area. He particularly enjoyed working in partnership with the horse: the combination of riding and running.

His first endurance race was in 1986 as a non-AERC member. His first official recorded start was in 1988 with a horse named Dahn Hallany. “My knowledge of horses was very limited back then. I knew a little bit about breeding, but Bob and Arlene Morris were of great help as early mentors.”  He still keeps in touch with them today. “You should take time to learn,” he says, “because if you don’t learn, you stay stagnant which is akin to going backwards.” 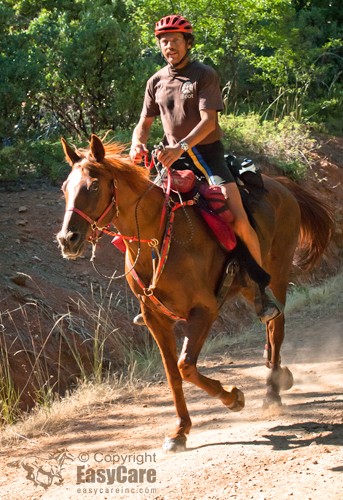 Christoph and Double Zell at the 2010 Tevis 100-mile race. They would go on to win 12th place. Photo by Gabriel Luethje.

Christoph’s strategy has always been to dedicate a great deal of time to training a horse for an event. “I am not a fan of using races as a way to train or condition a horse: I can do that at home.” When asked if he ever grows tired of riding, he laughs, “I just get tired physically, but I will never tire of the ride.”

He would compete for more than ten years before enduring his first pull in 1998. His horse, Mr. Triumph, rode the entire course of the 100-mile race at Big Horn near Shell, Wyoming, but he had sore feet and did not get a completion. 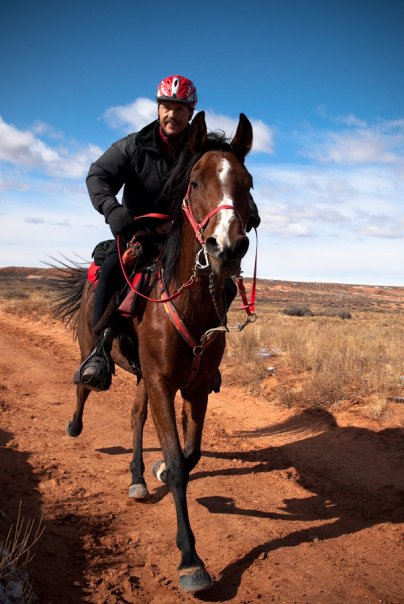 Christoph on DWA Powerball at the 2009 Moab Canyons Pioneer event. They would go on to win the 55-mile race that day. Photo by Gabriel Luethje.


Today, Christoph has more time to devote to riding than he did in the 80s and 90s when he was running a business and a ski school. He and his partner, Dian Woodward, run the Global Endurance Training Center. Together they spend a great deal of time assessing breeding and conformation. “The most important element is the spirit of the horse – he or she has to have fire and to love the job at hand – to enjoy competition and to have the will to exceed. As for the rider, you have to believe in yourself and believe you can succeed.” As he looks back at the winning horses, Christoph observes that it is often the mind of the horse more than the conformation that seems to assure success. “Spend some time looking at the eye of the horse – is there a brightness? Does the horse want to show off?” he asks.

Christoph remains a passionate runner: on a mountainous ride like Tevis or Big Horn, he might tail as much as 15 miles. “I obviously never tail on the flat or going downhill.”

His current favorite mounts are Stars Aflame, Double Zell and DWA Powerball. “Mandy is just coming into the sport, but I have a lot of confidence in her.” His horses come from a wide variety of sources: about half of them are from the track. Others are from the GETC breeding program, which favors Polish lines. He and Dian like the Polish lines for their good minds: they are easy to be around and they are very competitive and strong. 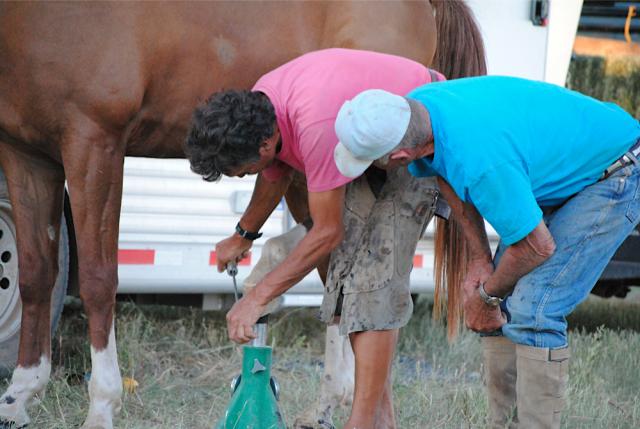 Dian and Christoph both ride exclusively in Easyboot products. He believes them to be a revolutionary new product in the hoof care market. “This is the first time we can truly use hoof protection without nails. It is a reliable way to keep them on the horse’s hoof. They are lightweight – they are half the weight of a steel shoe, they are easy to apply, healthy for the hoof and give unprecedented protection from trail hazards. I applaud Garrett Ford and EasyCare for their futuristic vision on the hoof boot market to finally come out with a product that is more in line with 21st century thinking. We have been using shoes on horses for 2,000 years – the same technology. Horse shoeing really has not changed much since the Romans.” He doesn’t like talk of fads: “What about computers, new pick-up trucks and hi-tech footwear? Are they fads, too?” he asks.

He used his first Easyboot in the early 80s as a spare tire and always had his horses barefoot in the winter for several months. He competed in some of the early endurance rides in foamed on Easyboots.  He used Easyboot Glue-Ons for the first time in 2008 at a three-day ride in Sonoita, Arizona. He got a first place and a Best Condition award and was ready to pull the steel shoes on all his horses right then and there.

Christoph believes that in the future, the traditional farrier’s job will turn into a hoof care consultant and practitioner, and that horse owners will take more and more responsibility for their own horses.

If you have ever met Christoph, you will know him to be a gifted teacher and communicator. You will also know him to be a most generous human being. When asked for some parting thoughts, Christoph shared the following: “Focus on your situational awareness – not just your own competitiveness. Never leave anything to chance. Always be aware of what is going on around you, your horse’s limitations and your horse’s potential. If you perceive a problem building, take remedial action right away. I don’t do a lot of small talk while I am riding – my focus is on the horse and on my body position. How does the horse feel, what do I need to do? Listen to your instinct: does it feel right or does it not feel right? Don’t fall victim to wishful thinking.” 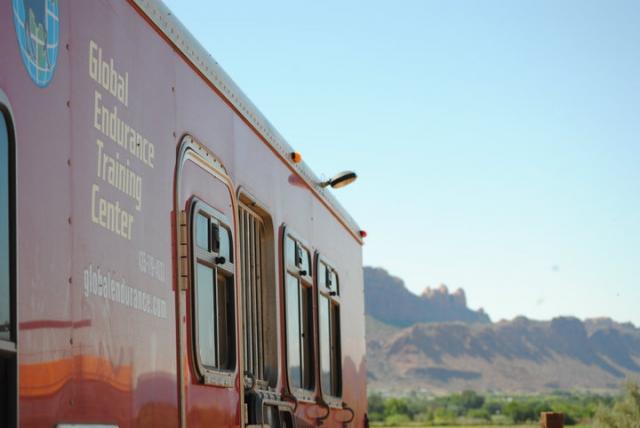 If you haven’t met him yet, just look for his red trailer at an endurance event and pay him a visit. He’ll be glad you did. If you’d like to invite Christoph to give a hoof trimming, boot fitting and boot gluing seminar at your event, drop us a line at marketing@easycareinc.com.