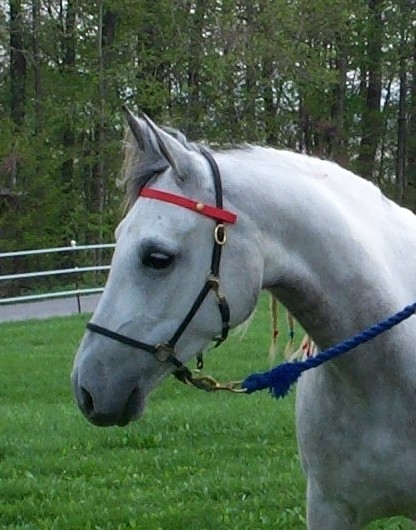 April 16 was the running of the 20th Anniversary of the Chicken Chase at the Clark State Forest.  It was also the anniversary of our first ill-fated run at that ride in 2009 which resulted in a summer of rehabbing my horse.  So I approached Chicken Chase 2010 with a small measure of trepidation and fear.  The LD ride this time was to change the trail course to the most difficult terrain the forest had to offer and it was 30 miles vs. the 25 miles of the year before.   The weather forecast was for the warmest day we’d had yet this spring in the high seventies and somewhat humid.   This was Phebe’s third distance ride.  She was booted x’s 4 with Easyboot Gloves.

I changed my strategy of starting at the very back and went out with the front runners.  This caused her to have a melt-down when I then let the front runners go off without us, and attempted to get a pocket between them, and the group behind us.  The first loop was 19 miles of hill country and most of the hills were up up up….and I swear it seemed there was no down!  Somewhere near the end of the first loop Phebes popped off a hind hoof boot.  The boot was still attached to her pastern by the gaiter, and she had also somehow nicked her coronet band on her right rear hoof.  I had never had a Glove come off before and decided at the halfway to pull the hinds, and just run with the front Gloves for the rest of the ride.

We finished the Chicken Chase in seventh place, front hoof boots in place.  She did have two small rubs from the front boots which was another first.  This has led me to the conclusion that I need to start using the boots more during our training rides which we usually do bare and experiment with vet wrap on the hinds, and explore ways to protect from rubs in hilly terrain.  I believe we are to the point in her fitness program where it may be advisable to use boots more often in training as we are adding harder and faster concussive miles.  If I’m unable to solve the rubbing we are thinking shells and Goober glue.  ~E.G.