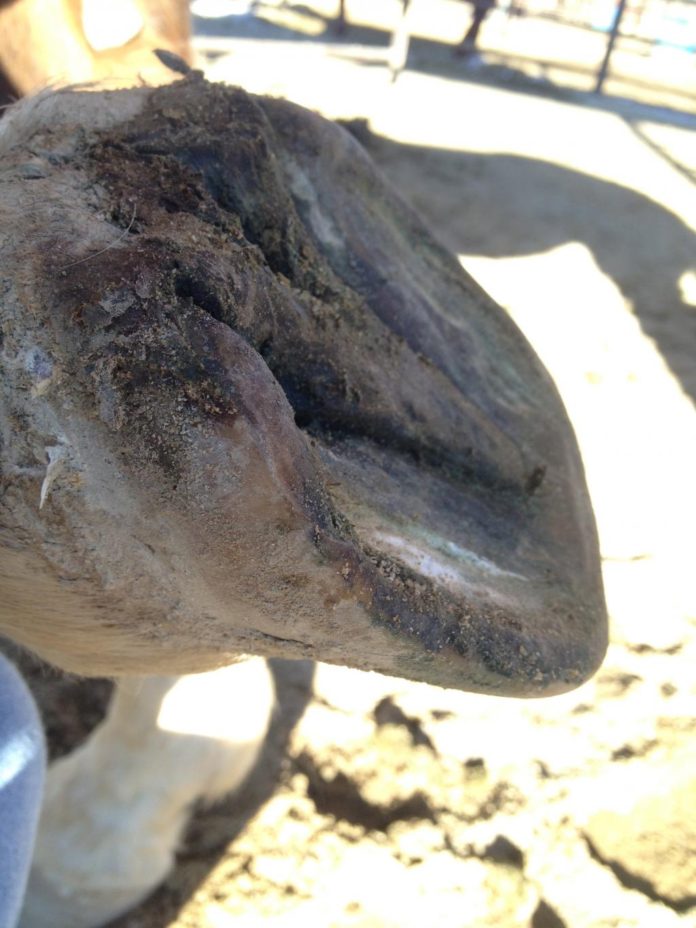 Last time, in Horsekeeping – The Way the Other Half Does It, I described the changes that my gelding had undergone after a pasture injury. Everything about his life would change, aside from me, and even then I have found myself significantly more neurotic than what I consider to be normal. Poor guy didn’t have a chance. So far we’re five weeks into the rest/controlled exercise period, and I am starting to see some marked changes in his hooves. Oh, and he’s fat. Real fat. 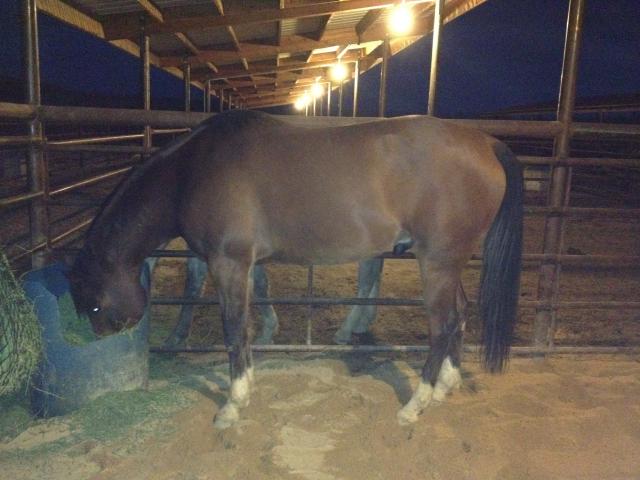 Fat horse! It’s funny to see this horse pudgy as it’s been work to keep him at a good weight for the past three years. Enjoy it, Topper, your vacation is quickly coming to a close!

Currently Topper and I are five weeks in our two month period of pen-rest with daily controlled exercise. His pen is about 20×30 and filled with sand. I wasn’t sure how this was going to impact his feet, but from what I’ve seen, there is definitely good and bad. 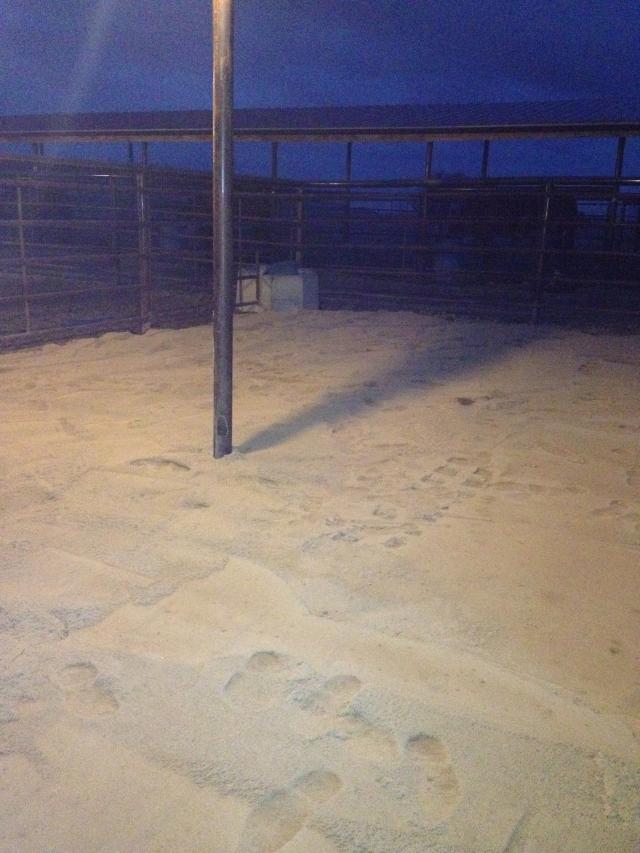 Because I’m a turn-lemons-into-lemon-drop-martinis-kinda-girl, I’ll start with the positives:

The sand buffs the hoof wall smooth and seems to assist in self-trimming despite the drastic reduction in movement. While it is winter and hoof growth slows dramatically, Topper is usually on an every two week schedule due to the fact he flares like a cowboy hat at the NFR, but recently he’s gone four weeks with no flare and isn’t screaming for a trim. His hoofs are showing concavity like never before. Ever. 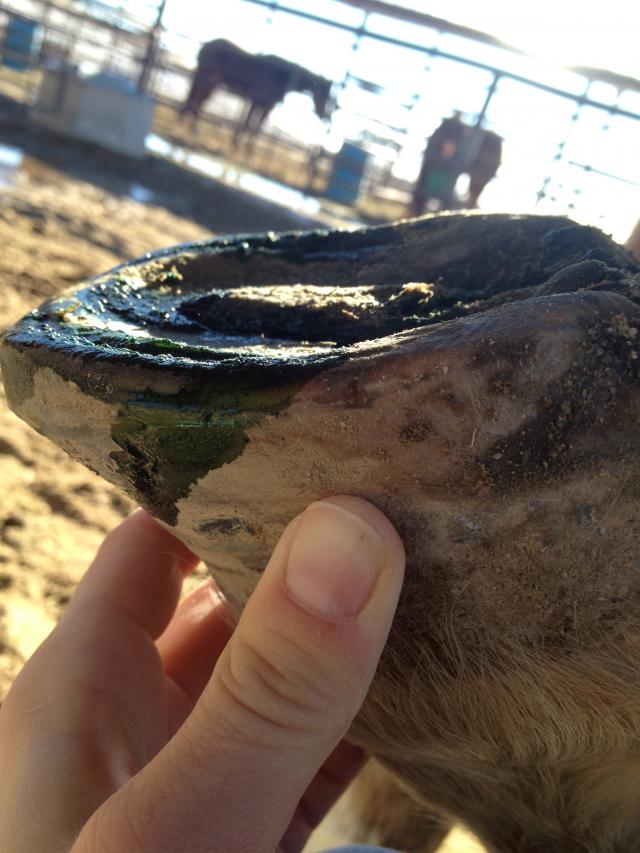 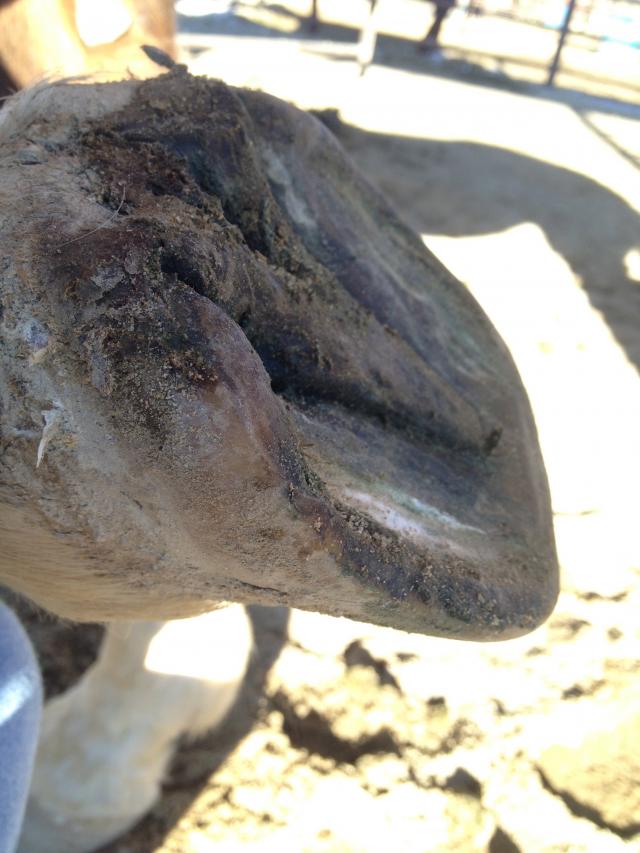 The disgusting green stuff is the only thrush product I had on hand, and most likely over ten years old. His frogs look pretty nasty, but look at that scoop! A better thrush product should help immensely

Now while this all sounds like rainbows and roses, I’m not going to lie about the challenges. Unfortunately, living in soft sand makes the hard-pack road-mix ground painful when walking around. I notice this immediately after taking Topper out of his pen, if I haven’t cleaned out his feet when the sand is damp and packs in his hooves. If I clean them out, he’s good until he hits a rock- ouch! Those sand-balls that gather create a snowball-type effect and is just too much pressure on his soft soles. I have also noticed some actual thrush starting, which is also a new thing! So many new things, grin and bear it, and learn from it. At least I have an excuse to try out White Lightening to fight that thrush!

Last week we were blessed <sarcastic> with a deluge of rain and His Highness decided standing in the puddle at the uncovered end of his paddock was a good idea. The false sole that had packed in began exfoliating and Topper was pretty sensitive over the rocks. Easyboot Gloves to the rescue! After a thorough cleaning, out came my old friends, Easyboot Glove Wides, came out and immediately Topper strode out over the rocks like they always do with their boots. Everyone should have a pair for those “just in case” moments. I left his boots on overnight, and the next day, he was comfortable bare. It’s all about having the right tools, at the right times. 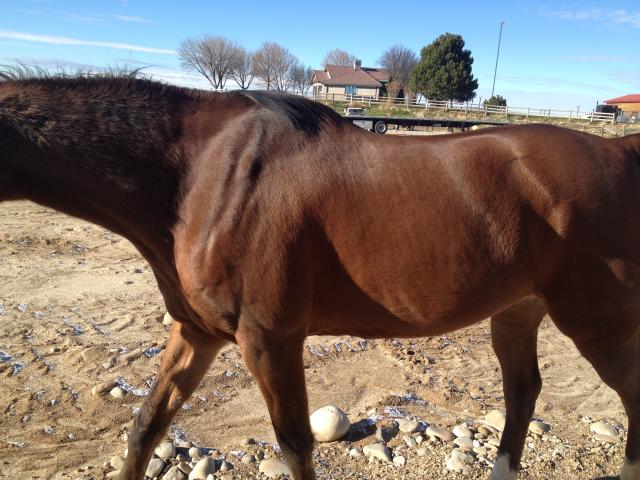 Some of our walk-abouts are over some pretty decent rock. Who would have thought boots might be needed around the barn!

I’m curious to see what the next couple weeks hold for us at our temporary home. Even bigger changes ahead, but we’ll be ready for whatever comes! How do you deal with the changes from stall to harder footing at your barn?