A Sense of Community
The ride year has ended and a new one has begun. The calendar year is in quick pursuit, and no matter where you live, that always means gathering with friends and neighbors to celebrate the completion of the year and honor the anticipation of a new one. As a good friend once said: “Nothing says I love you like a pony ride.” 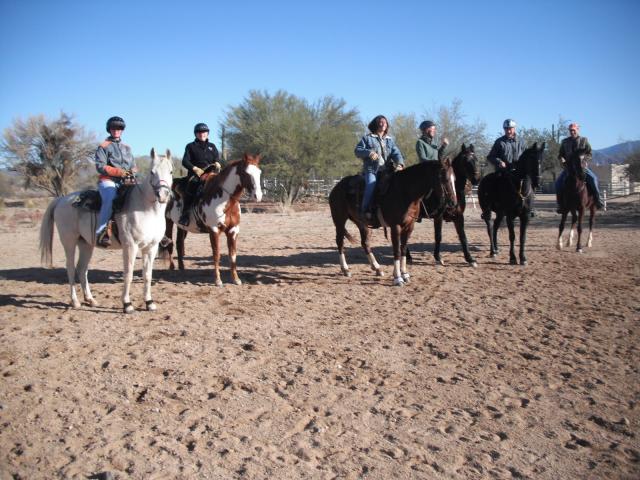 The 2009 year-end Ride started from our house this year and was made up of the usual diversity of horses and riders – from reining horses to paints to arabs. The start is always entertaining, and the group soon broke up into subsections based on speed, behavior and competency. Some people had fun – and others had to work at it.

It’s not so dissimilar to the current groups in our own horse communities that form around new methods or equipment or any other criteria you’d care to use. There are little common-interest groups all over the place – some growing and some shrinking. At my place, nothing says ‘I love you’ like a barefoot hoof.

You’ll Never Ride Alone
One of the best rides of my year happened just yesterday. I got to take Far out on a nine mile loop – and we rode alone. He was soft and supple and easy. He listened to every voice command and took my cues just as I was thinking them.

He was forward and willing and he seemed to savor the opportunity to get out and run. I know I did. He had a good year that kept getting better, and the protective horse boots had a lot to do with it.

Shake or Nod?
In the last seven months, I went from looking at my herd’s feet and shaking my head to looking at their feet and nodding my head. It’s a great feeling to make that leap into the unknown and then to see such measurable results take place over a relatively short space of time.

Case #1: Rocky
Tim Lawrence came out to trim the horses today. Tim specialises in natural hoof trimming. As he put down Rocky’s freshly trimmed foot, Tim said “This is now a textbook foot.” High praise indeed for a horse whose heels were so badly contracted that the shoes were almost egg bar in shape. The frog has grown and spread nicely, the toe is pulled back and the angles look just right. The horse is sound and healthy. 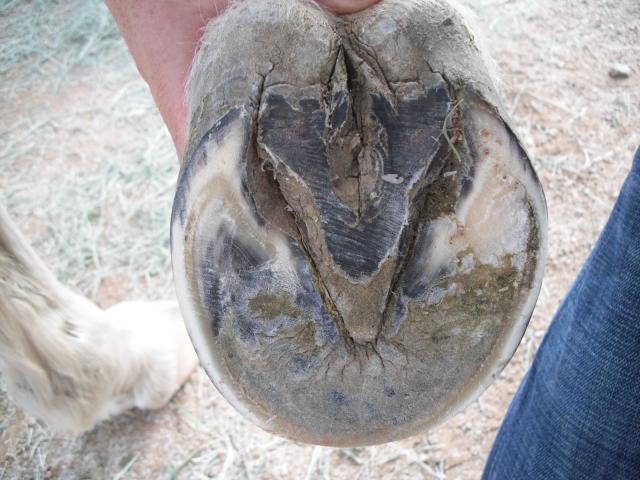 Case #2: Redford
Red’s feet are progressing well – there is still some separation of the hoof wall, but much less than when we started. There is some healthy concavity to the sole and the exfoliation process is well under way. The bars are still laying over, but the changes in his feet are impressive. He’ll get there. 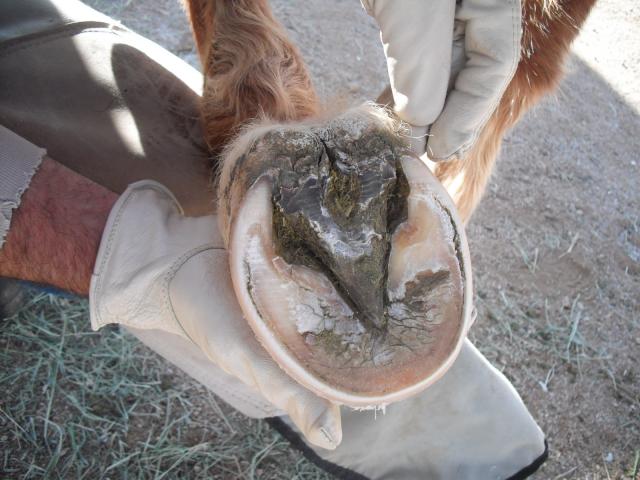 Case #3: Far
Far had very high heels when we started him barefoot, and there was a significant amount of contraction. I laid him off for ten weeks after Tevis, which I think slowed down the evolution of his feet. Although there could be more concavity, his feet are hard and healthy; his heels are in a much more manageable state and he is moving more freely now than he was before. 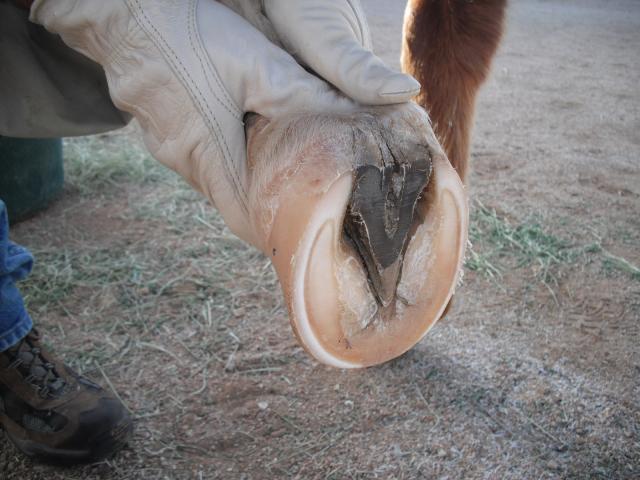 Case #4: Rain
Look at the frog of a horse that has never been shod: big and wide and healthy. Rain’s heels also tend to run a little high and there is some hoof wall separation, but he has built good solid feet in his three years on this earth. 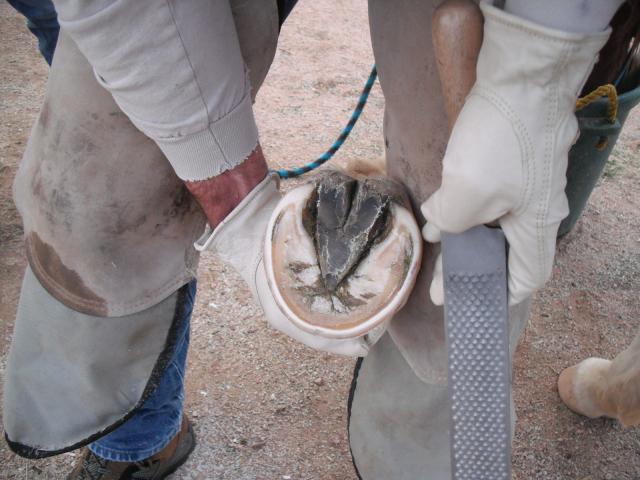 And Many More…
I’m looking forward to the 2010 ride year: these are exciting times in boot development and natural horse care, and this particular community is growing at an impressive rate. And you and I stand to be better for it. First stop: Death Valley XP Four-Day event.