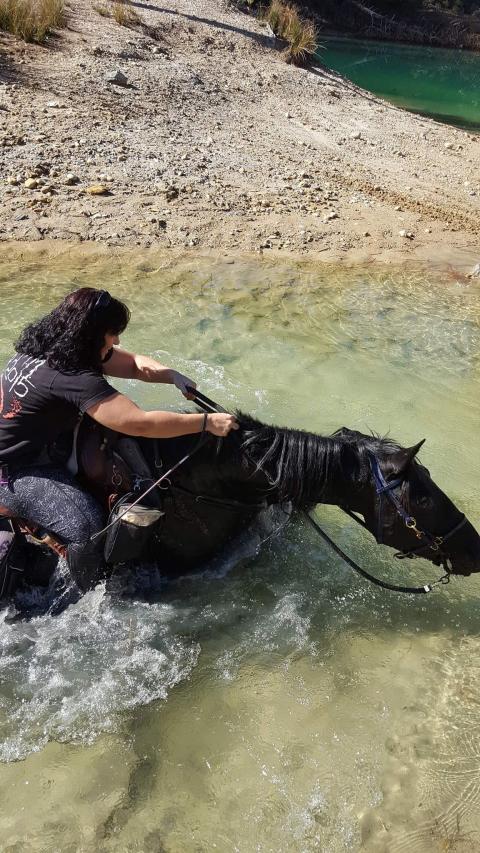 I recently led a trail ride down to a blue pond affectionately known as the Blue Hole. I was on my new mare Friday when we decided to go up to the water’s edge for a drink. I had been here about 2 months prior and we had gone into the water a couple of feet with no issues. I had no plans to go in that day but Friday decided she wanted to go into the deep end. I commented, “it looks like I’m going swimming,” as she dove in.

She struggled to get out, hopped 4 times and then rolled onto her side and that’s when I was able to step off. She was then able to get up and out after I was off. 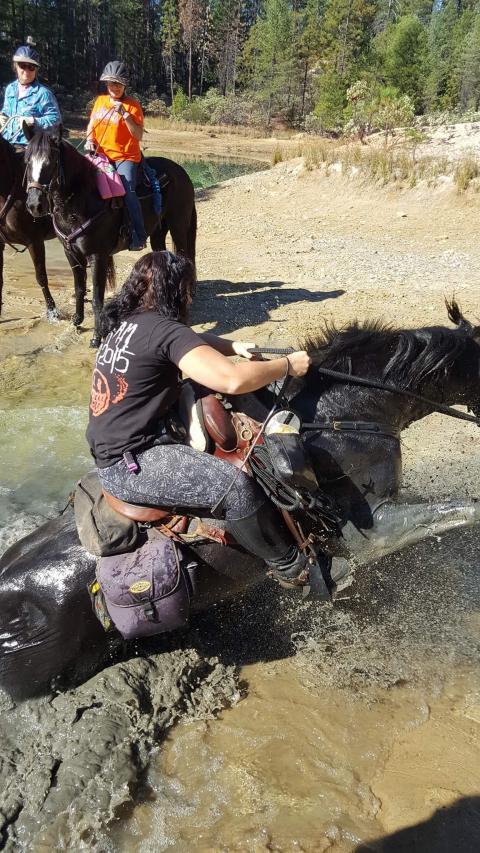 Of course my friend was able to get photos of it while it happened and my other friend had captured it all on her GoPro. 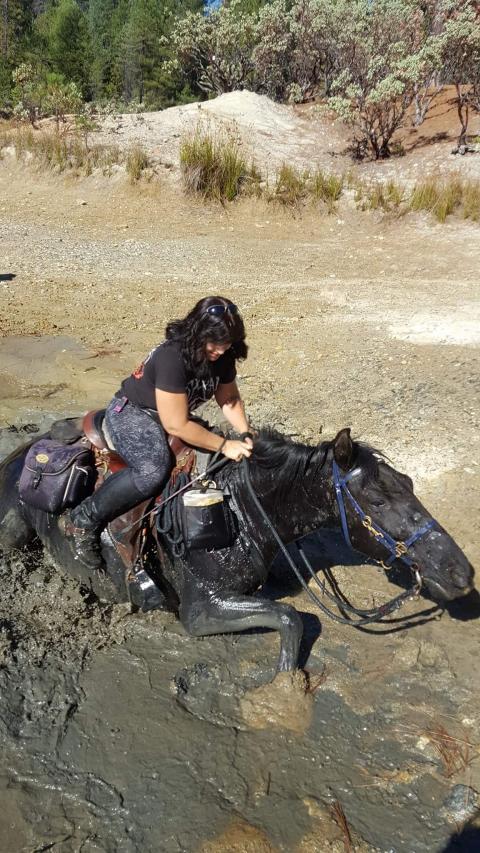 We commented after the incident that her Easyboot Gloves were still on. Thank goodness because this was the first ride in that pair of Gloves. The thick clay mud should have devoured those boots but they survived. I am VERY happy with my Easyboot Gloves! 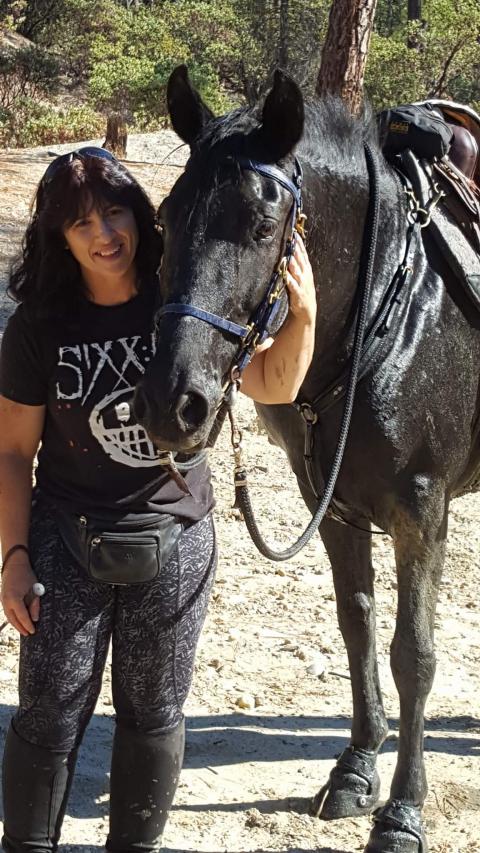 P.S. All four of our horses were wearing Easyboots.