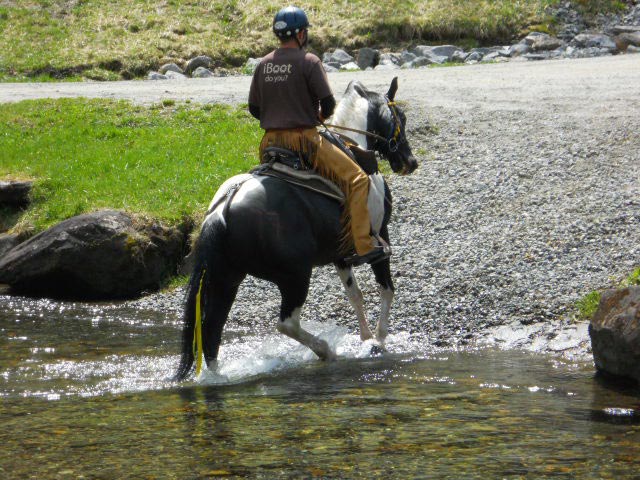 My next horse to transition is a 14 year old Paint stallion we have named Amigos Summer Breeze, aka Clyde. I have done around 1,000 miles with him between CTR and endurance. By nature, or by my creation, he has gotten more foot sensitive in the last few years. I always pull his shoes in the fall and shoe him in the spring with just shoes and as the season goes on we add pads, and usually silicone shortly after. We tend to be very wet here in the spring and fall and summer can be dry and we ride on lots of dirt roads which mid summer can be like concrete. 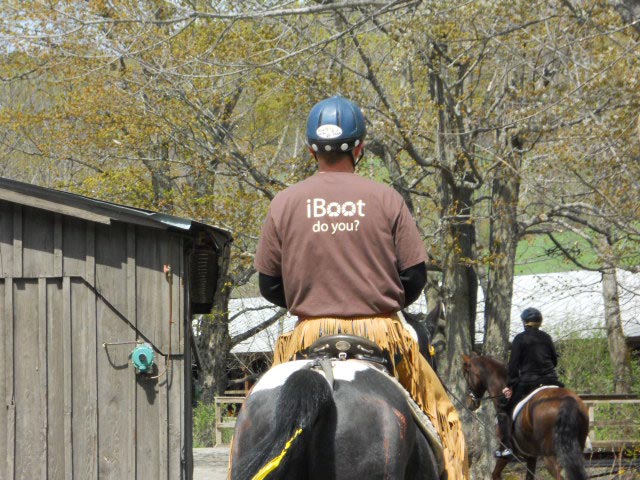 I started our shoeless transition last fall with my mare Grace and it is working well for her and seemed to make sense to keep the rest of the horses barefoot as well. I have changed everyone’s diet to low carbs which has seemed to help. And I have started to ride Clyde barefoot as much as possible. He is going well for the most part but certainly shows sensitivity on the real hard footing.

Last week I took him on a fifteen mile CTR clinic as a babysitter for a customer. I used Glue-Ons as I can’t use gaiters on these rides and figured it would be good for people to see as it is not as common a site here in our area. I had my Adhere this time and packed his soles good with Goober Glue. I had ridden another horse the day before so I glued him on a few days in advance. I also figured it would be good to  let him wear them a few days. He liked them and had a nice spring in his step. Being spring and him a stallion, he does not always give me a true reading on how he is feeling. You know, when he sees a cute grey Arab mare he could have no legs and he would feel like a million bucks. It has been a bit dry here and the ride was all on roads that had been freshly graded. So they had plenty of little rocks to deal with. 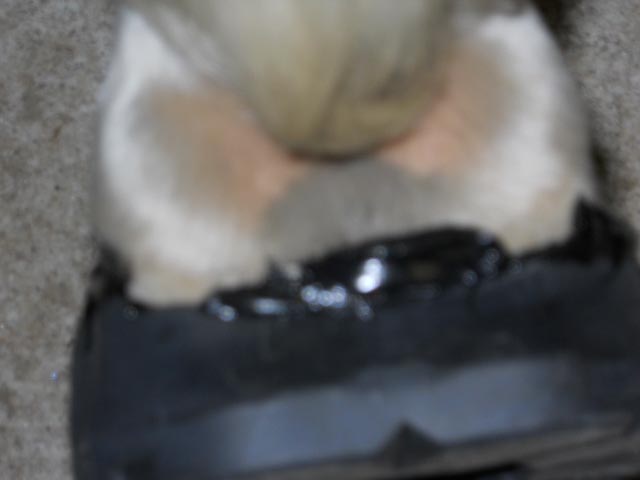 We had a good ride although in some spots he would want to get to a different spot in the road as if the footing was bothering him. At the finish vetting they had him a little off but he seemed fine when we got home. I pulled his boots when we got home and interestingly enough almost all the adhere peeled right off. That doesn’t normally happen for me with my other horse. I did use a sanding block on his feet instead of a rasp, and they smoothed out pretty well. I used the kind you get at a hardware store, they look like a sponge. I also made sure I really filled his heels with Goober Glue so nothing got in out in the field.

I was going to do a 25 this weekend with him but decided it was to early and I might make him real sore, so I will take someone else. He seems to be that much more sensitive to the hard footing and this coming up ride will be a rocky one. I figure I will give him the time he needs now and it will pay off later because it will be so much better for him in the long run. I will aim for a ride next month with him but will let him tell me when he is ready. In the meantime I can do lots of conditioning with him.