The following is from Jackie Wittman of Anacortes, WA.

Just wanted to share with you a story of my horse, Chip, and a simple trail ride with friends. This was the first sunny day after a stretch of rainy cloudy days (we live in Washington state). We had decided to go out on some property that was familiar to us. Unbeknownst to us, a ditch that we rode in many times previously had recently been dug out to put in power lines and then filled back in with dirt. Even though the ditch looked solid, (like it had looked many times before) it had turned into a ditch of quicksand. Alas, my horse became stuck in three feet of mud up to his belly. He tried to get out of the ditch a couple of times on his own, but was unsuccessful. He then just lay there waiting for us to get him out. His patience and trust truly astonished me. Finally, the three of us were able to get him out.

Aside from a cut on his lower lip from the gravel road, he was fine. And, his Easyboot Gloves were still on. 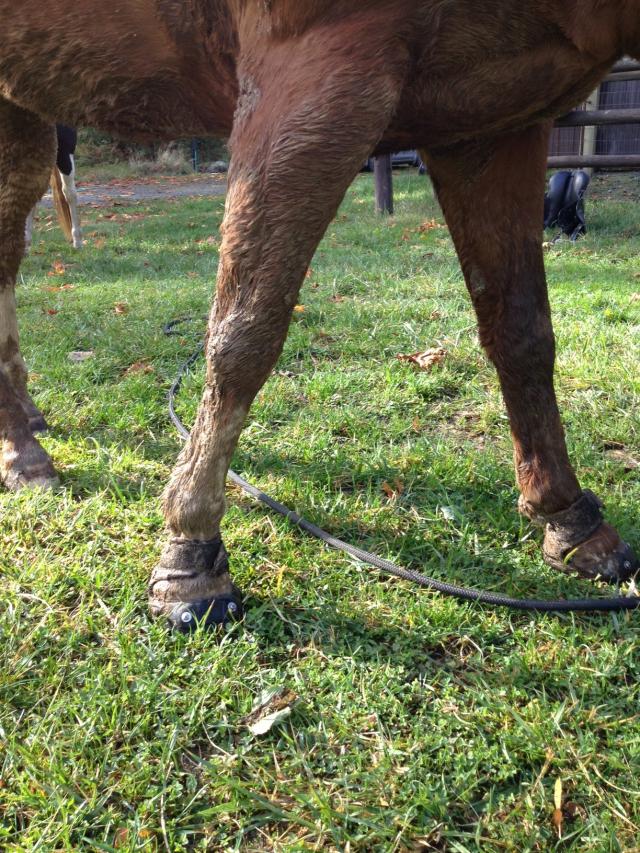 I have had the Glove boots for about three or four years and use them quite often on the trail. What a test to the design and stability. I would think that another boot, which had not fit so snugly or securely, would have filled with the mud and made it even more difficult for him to get out.

Thank you, thank you EasyCare for such a wonderful product!. You can bet that I will be recommending these boots to anyone who wants to use protective hoof boots.