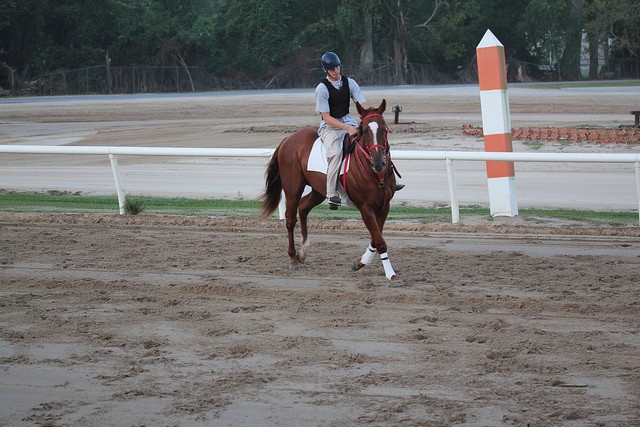 I have made my Easyboot Epic love affair known. I have successfully infiltrated a southern Louisiana racehorse training center and sprinkled Epics throughout the grounds, from Barn D where they can be found in droves, all the way down to Barn M where a few people have heard of “that barn” that trains their horses barefoot, and that one horse in their barn (M) wore Epics to sooth his aching feet.

With a little encouragement, I decided that it was time to step away from the Epics and try my hand at something I’d never done before – Glue-Ons. Because I’m a virgin gluer, I invited my mentor, Marie Daniels, and her replacement apprentice to join me in my attempts to become more… sophisticated. After all, now that Garrett Ford has developed an EasyBoot Race prototype, this “practice run” would be the first step towards racing Louisiana thoroughbreds in glue-ons instead of metal shoes.

We had two horses lined up for this little project: My star, Lil’ Rick’s Gal, who was scheduled to race in just over a week from that day, and Banfish, the two-year-old who was in light work at the track.

We began with Banfish. Right from the beginning we had some real challenges. His feet, still in the early rehabilitation phase of natural hoof care, did not fit any of the Glue-On shells as well as we would have liked. We finally settled on one 0.5 wide and a regular 1, however there was some bulging at the quarters that was definitely not ideal. 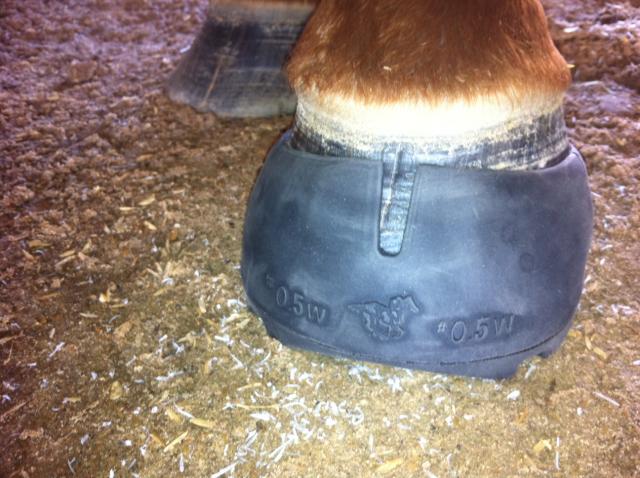 We fitted the shell and cleaned the top of the hoof. 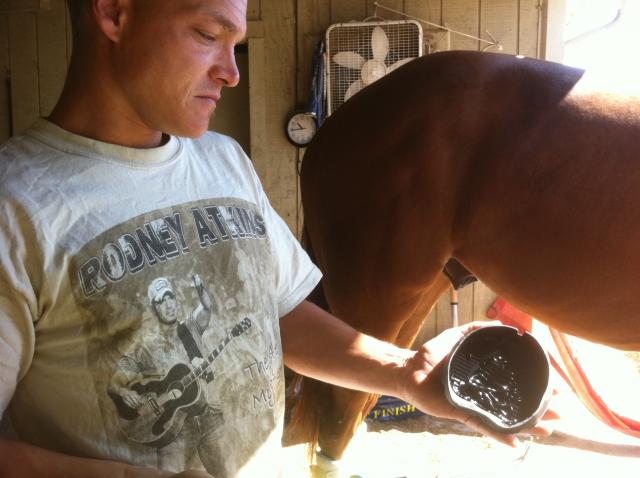 Goober glue was applied to the inside of the shell and Adhere was lathered on the hoof wall. 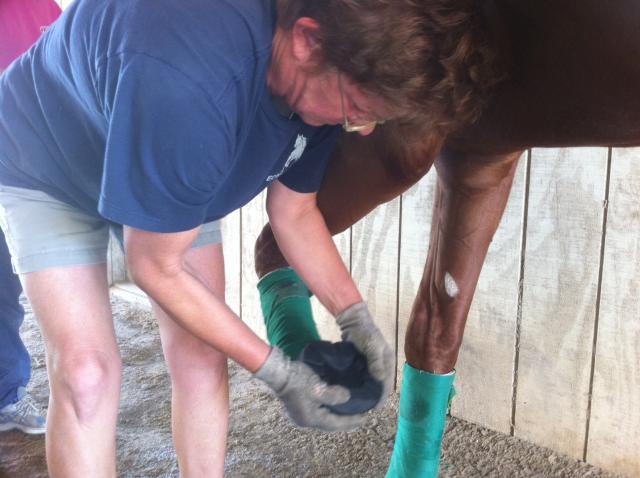 After waiting about five minutes for the shells to set, Banny was allowed to go back in his stall.

He was walked, trotted, and cantered each morning for about half an hour over a 7 day period. He was worked in straight lines, circles, and serpentines. The rider said that Banfish was working very well in his “slippers”, and that he hadn’t even noticed the first few days that the horse had the glue-ons on his feet. 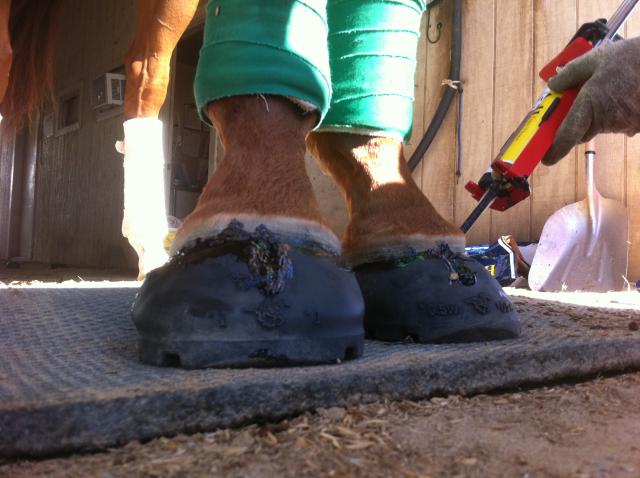 However, Banfish had already lost one of his shells after only 7 days of light work. Would these shells have stayed on the characteristic 10 to 14 days if the fit had been better, or if we had prepared the hoof better before application? Possibly we did not brush the top of the hoof enough. We didn’t put rubbing alcohol on the hooves at the time of application; maybe this extra step would have made the difference. Or maybe the shell fit was just not good enough. We will never know exactly how he went about losing that first shell. Nonetheless, 7 days seems like a terribly short time when you consider how many horses keep these shells on for weeks, all the while going through sticky mud and knee-deep rivers. 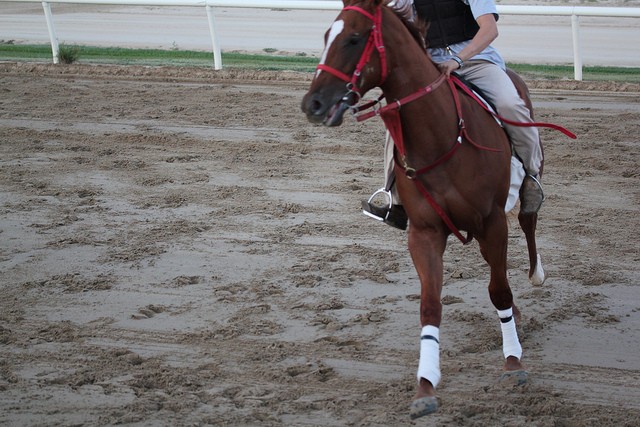 Someday, I would like to be a Glue-On guru like so many of you. Today, however, I’d love to hear what you think. Should Banfish’s boots have stayed on longer than 7 days? Is there something that I could have done better, or did Banny just not fit well enough in those shells? After all, he did have the worst feet in the barn!

Next time, I’ll let you in on how well Ricky faired in her Glue-On “slippers”!