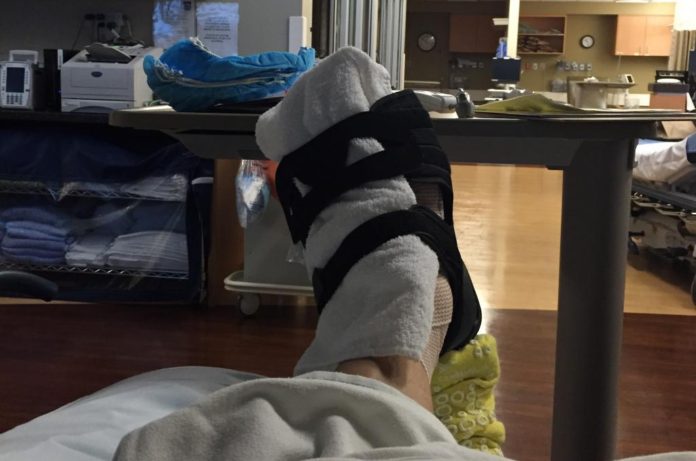 FOMO. noun, slang. A feeling of anxiety or insecurity over the possibility of missing out on something, such as an event or an opportunity. Acronym for “fear of missing out.”

I’m suffering from a terrible case of FOMO. I started to develop symptoms late last year after promising Hubby that I would sit out the 2015 Tevis. I haven’t missed the ride since it was canceled due to fires in 2008. My FOMO symptoms have included feelings of regret, loneliness, jealousy, envy and contempt combined with an overall sense of malaise. These symptoms seemed to diminish during the work week and then return with a vengeance on the weekends. I felt awful and I needed to find a cure.

My initial strategy (call this Plan A) was to try to renege on my promise to Hubby. I attempted to broach the subject several times with him in an effort to more or less “take his temperature” on the topic. I brought up riding Tevis with such vague statements as: “Czoe is going so well this year…” or  “Did you know it’s the 60th anniversary of the Tevis?” or “I’m soooo looking forward to Tevis.”  Each time, Hubby’s response was one of the following:

3. Responding with a remark that had nothing to do with Tevis, such as “What’s for dinner?”

4. Grimacing as if he his appendix had just ruptured.

When others would ask me if I was riding this year while Hubby was within earshot, I would coyly reply, “I haven’t really decided yet.”  I would say this in the most casual tone possible and then avoid eye contact with him.

Finally, after a few months of engaging in this behavior without getting the desired results, I simply said, “I would like to ride Tevis this year.” Hubby’s response was almost a plea: “Please don’t,” he said with utmost sincerity. Then he explained, “It’s not the race itself I want you to skip, it’s the six months leading up to it that completely consumes all your free time. It’s the hours and hours of training you will have to do and the huge mind share that Tevis demands.” He was right. Tevis has a way of taking over for months leading up to it. It wasn’t that he wanted me to take a break; he needed a break.

Since my Plan A for curing my FOMO wasn’t going to work, I developed Plan B. This entailed accepting my situation, embracing it and turning every negative symptom into a positive one.

The first step was to make myself available to crew for any of my friends who are riding this year, particularly Jenni Smith, who will be going for her 10th buckle on one of Kevin Myer’s horses as part of the EasyCare Team. Jenni has a HUGE crew (who are all color-coordinated, I might add). However, there’s always room for one more, and I plan on jumping in to help anyone else wearing an Easyboot t-shirt, as well. Rather than feeling left out, I am committed to being there on the front lines to help any way I can. This strategy has cured my regret, loneliness and jealousy symptoms. 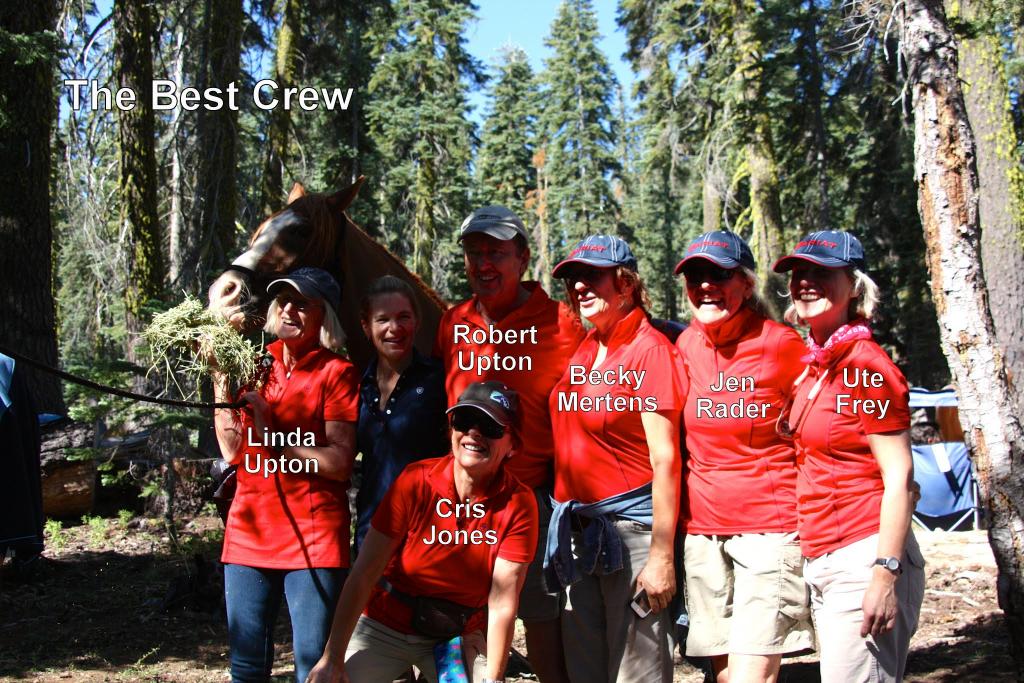 The second step was to adjust my goals for the year. If you read my blog regularly, you know I am all about setting goals. Instead of focusing my efforts on just my Tevis horse, I shifted my focus on getting four (four!) horses in 50-mile race shape so that Hubby and I could ride together this season. This is something we haven’t been able to do for several years, as I was always so Tevis-focused and he was so work-focused. We looked at the AERC ride calendar together (yes, together!) and mapped out our rides for the year. So far, we’ve done four, most of which have been multi-day rides. Hubby has an awesome new horse, plus his old standby Tiki, and so we each have two horses to ride. It’s proven to be a better-than-great consolation prize for skipping Tevis. This cured my contempt symptom. 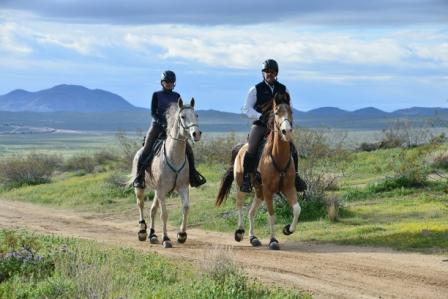 I also looked at this “time off from Tevis” as an opportunity to do something that I would not have done if I was Tevis-bound, which was to have much-need foot surgery. I’ve been suffering for several years now from chronic Morton’s Neuroma. A lot of riders get this, as do people who run and hike. Mine was exceptionally bad (really painful). Injections directly into the nerve were no longer working and I would be in excruciating pain after about 25 miles of riding. After a particularly bad flair up following the American River 50 in April, it became apparent that I wouldn’t be doing ANY endurance rides—let alone Tevis—until I had surgery.

I scheduled surgery for late May, timing it as best I could so that I wouldn’t miss the Cooley Ranch Ride. My doctor told me that I would be out of commission for at least a month. I laughed. Four days after surgery, I was back in the saddle, riding easygoing Tiki on a three-hour trail ride with my bandaged foot hanging out of the stirrup. 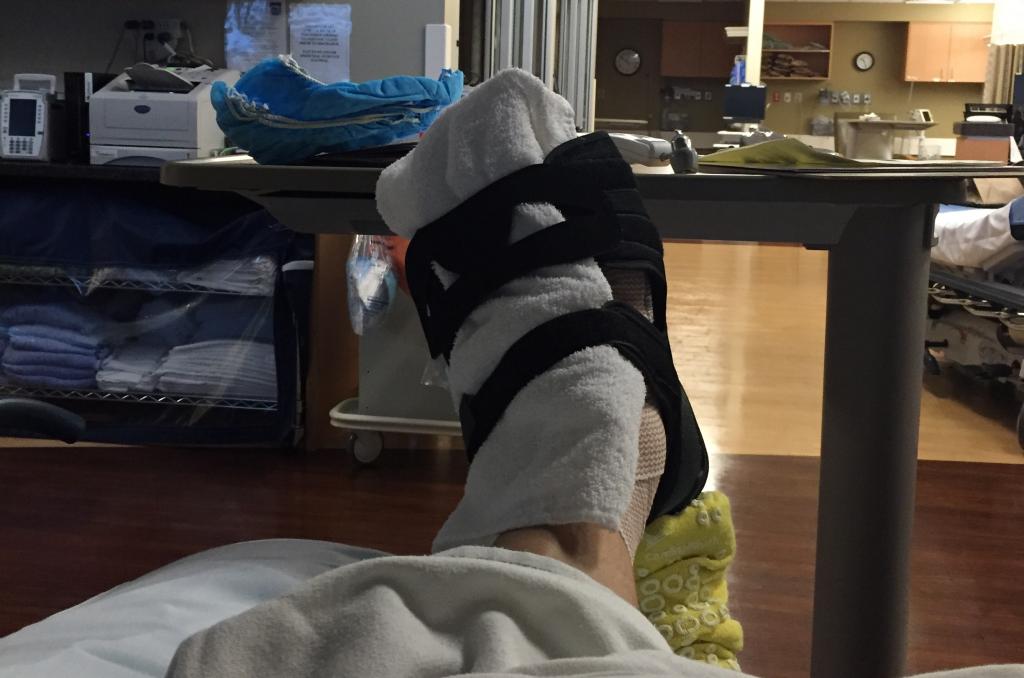 Tevis is two months away. I’m still green with envy, but all my other FOMO symptoms have been replaced with feelings of excitement. I’m looking forward to helping my friends and watching the race unfold. And between now and then, Hubby and I have three rides on the calendar. I know I will see many friends at these rides who are getting ready for Tevis, and I plan on offering encouraging words to each one of them. There are so many ways to be involved with Tevis without actually riding, and I plan on trying as many of them as I can. 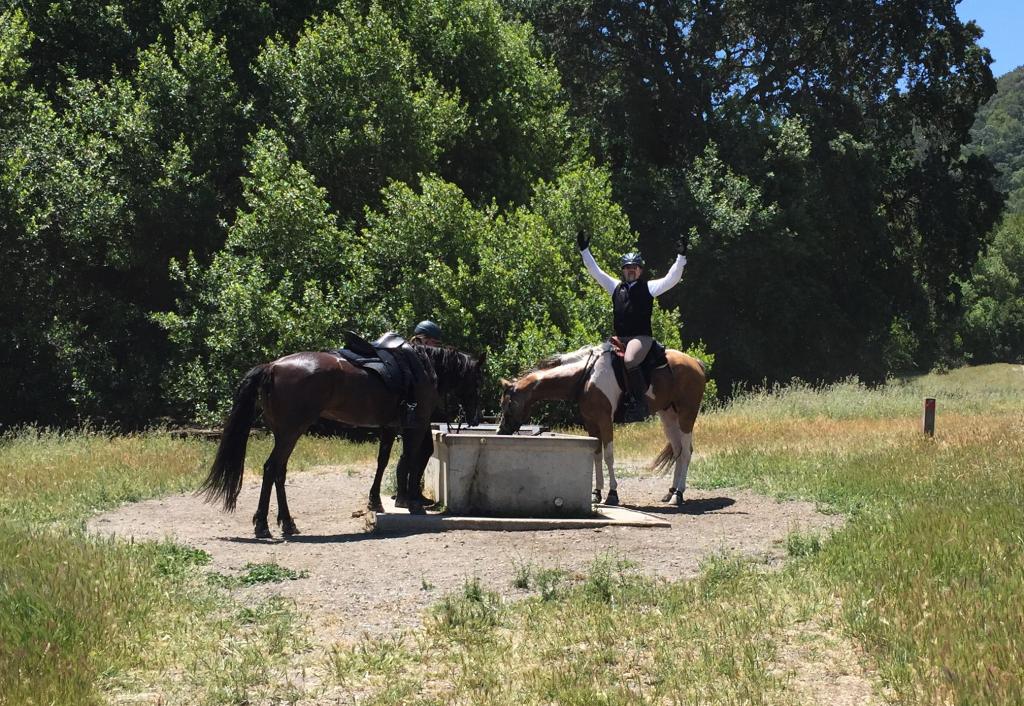 As for Hubby, he’s happy. And he as promised me that we’ll ride Tevis together next year.